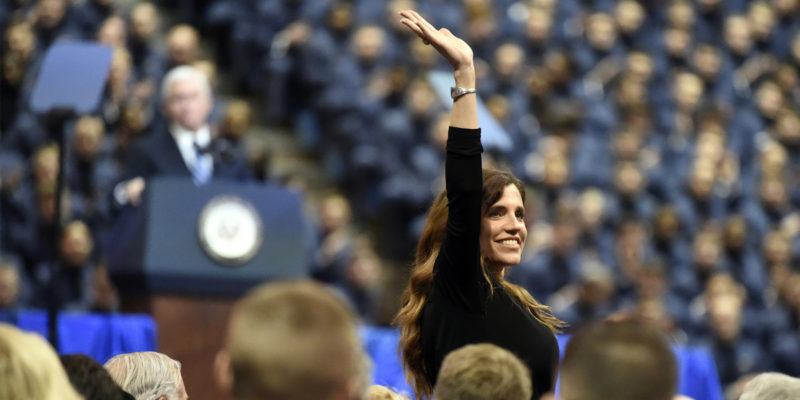 We wouldn’t be where we are without our husbands, brothers, fathers, sons, and male friends in our lives. However, there are two all-too-common myths that persist here in the boot among our gentlemen friends. The first myth is that women can’t be mothers and elected officials at the same time. The second is that by supporting women, men are somehow devalued.

Let’s look at that first myth: “Women can’t be mothers and elected officials at the same time.” You don’t have to look far to see this narrative play out. Disparaging comments were made about Julie Letlow’s run for Congress under that false rhetoric. If she won, “Those kids would lose two parents,” a male competitor said.

Make no mistake, women hear that message loud and clear. It’s one of the reasons women struggle in Louisiana to run for office in the first place. Did you know that when they run for office, women win their races just as often as men? The problem is that not as many women get engaged in politics in the first place. Comments that suggest they can’t be both mothers and leaders give many women pause and keep them from engaging. But do we ever question whether a man can be a father and a representative or senator at the same time? Of course not – because we all know they can.

The same goes for women. Being a mother and an elected official at the same time is a strength, not a weakness. It provides an incredible perspective and brings rich experience to the table.

As for the second myth: “Supporting women means devaluing men.” That is a zero-sum game, the idea that there are only winners and losers. That’s a false choice, too. We believe in win-win scenarios. Women bring smart policy solutions to the table. Women bring the experience of managing the multiple priorities of their own businesses and households to the table. Louisiana needs the ideas, talent, and passion that women have to move our state forward for all of Louisiana. Their representation won’t be for just women, after all!

A recent poll identified that 68% of American women lean moderate or conservative, yet these “center-right” women are grossly underrepresented in Louisiana’s elected and appointed leadership. Shouldn’t we want to work toward making our state’s democracy representative of its people?

Now let’s be clear, female Louisianans aren’t raised the same as men. Culturally women are not raised thinking they should run office. LEAD believes that alongside male leaders, women need to be represented. Rightfully so, I should add, as 55% of registered voters are female. We are very interested in who represents us in public office. We not only register to vote but we also vote in high numbers. When we turn out, we change the outcome of elections. So we should elect the best person for the job regardless of gender, and that might be a man but it can very well be a woman.

A woman who: runs a business, has a family, does volunteer work for her church, and in her spare time volunteers for the animal shelter on Saturdays, for example? (And all the working moms said “spare time? I make time!”)

Women bring smart policy solutions to the table. Women bring the experience of managing the multiple priorities of their own businesses and households to the table. Louisiana needs the ideas, talent, and passion that females have to move our state forward.