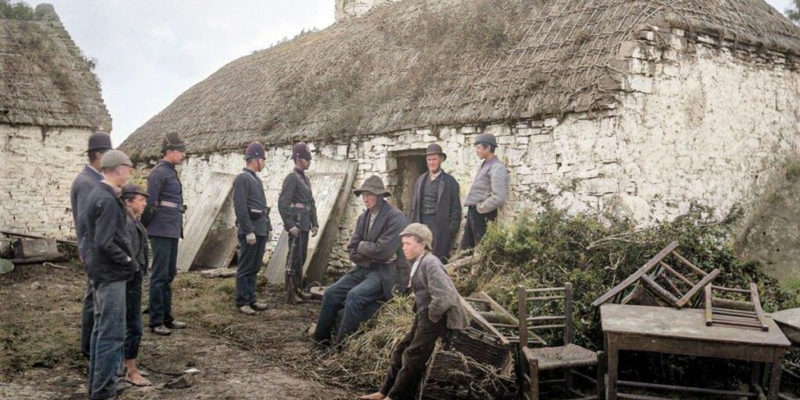 I come from two nationalities who have suffered at the hands of unbridled governments–the Irish and Sicilians. My ancestors never thought about seeking reparations, for they had a work ethic unrivaled by many. There are many others in the United States who have suffered, namely the Cajun French, Cubans and the Vietnamese. Like the Irish and Italians, they suffered and persevered to make their new American homeland a better place to live and raise their families.

America must be sustained by those who have suffered and made this country what it is, and that does not mean transforming it into the the world’s ATM. We now have a government which is poised to destroy everything many generations have worked assiduously for from dawn to dusk. A new ethos has replaced hard work. It deprives its citizens of self-determination–the ultimate freedom–and is replacing it with collective endeavors designed to dilute the free will of the individual and replace it with what good is for the state. No longer are individual rights observed, especially if they offend the contrived pseudo–principles of the state.

Those who are unwilling to make a personal contribution to themselves and derivatively, society at large, now want to drain those who do through the organ of government. And the American government, which was created by the people to serve people, is now a hegemonic monster with a rapacious appetite for self-sustaining power, at the expense of the very people who created it. No longer are the welfare of the people the pre-eminent concern of government, for today, the government is stomping on the people on their quest for perpetual power–by any means necessary, including the deprivation of our franchise.

We are all standing on the cusp of the horizon gazing out at our own future. It’s not good, unless our founding principles are adhered to, especially taking back control of the government for the sake of the American people and this republic, as guaranteed in the Constitution in Article IV. The choice is now ours to make, or let it pass and accept the consequences as a supine populace, which is antithetical to our founding principles.

Has self-determination morphed into the right of self-destruction?

Will the day come when we are sitting in our front yards, with only a few tables and chairs to call our own, while the government stands by and observes our misery?

Interested in more national news? We've got you covered! See More National News
Previous Article KENNEDY: An Easy Win For Biden Would Be Not Sending Stimulus Checks To Dead People
Next Article APPEL: Biden Is Building A Golden Opportunity For GOP Resurgence