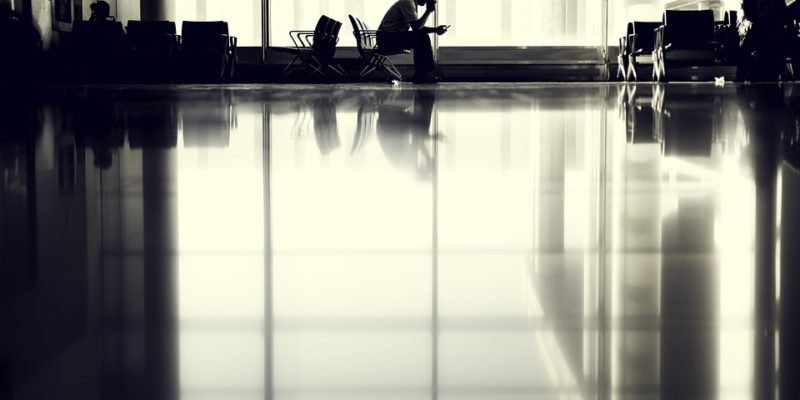 Joking with lobbyists in the Texas Senate gallery, Lt. Gov. Dan Patrick urged those working the 87th Texas Legislature to avoid “planning any vacations this year.”

The reason being: Census data is being delayed until October due to COVID-19 complications, making redistricting impossible until at least then and increasing the probability of a fall special session in addition to rumored summer special sessions.

The biennial Texas Legislature statutorily ends in late May of odd-numbered years. The news immediately brought not only groans to Patrick’s prognostication, but instant memories of 2011 when the 2010 redistricting process was brought to a grinding halt by a three-judge panel — delaying the approval of new jurisdiction maps until, not the summer months, but a year later and after the 2012 primaries (see analysis below).

The previous deadline for the data was March 31, which still would have left little time for the Texas Legislature to deliberate on the lines for various boundaries, sparking predictions of a special session in the summer. Now the expected special session may have to take place in October or even later.

New: redistricting data from Census Bureau will be delivered to all states by 9/30. This has already been pushed back multiple times, with feds blaming #COVID19. Texas will redraw districts when data arrives. Now facing an Oct/Nov special session? #txlegehttps://t.co/lNhSKiymAI

Below is the press release from the U.S. Census Bureau which explains that the delay will not only affect Texas but the 49 states.

Different from previous censuses, the Census Bureau will deliver the data for all states at once, instead of on a flow basis. This change has been made because of COVID-19-related shifts in data collection and in the data processing schedule and it enables the Census Bureau to deliver complete and accurate redistricting data in a more timely fashion overall for the states.

The redistricting data includes counts of population by race, ethnicity (Hispanic or Latino origin), voting age, housing occupancy status, and group quarters population, all at the census block level. This is the information that states need to redraw or “redistrict” their legislative boundaries.

In preparation for the delivery of redistricting data products, the Census Bureau has been in close coordination with each states’ official nonpartisan liaisons to understand the impacts of the delayed delivery on individual states. Since 2019, states have had access to prototype geographic support products and data tabulations from the 2018 Census Test to help them begin to design their redistricting systems. This is one tool states can use to help minimize the impact of schedule delays. In addition, the Census Bureau today completed the release of all states’ 2020 Census geographic products needed for redistricting. This will enable states to redistrict promptly upon receipt of their 2020 Census tabulation data.

Translation: every state will be waiting for October, which may make the 2022 election cycle all the more frustrating for observers, candidates, election workers, convention delegates, and those working the halls of state capitols.

From the hip: Back to that three-judge panel situation and the 2010 election cycle (and pardon the history lesson).

Then-Atty. Gen. Greg Abbott submitted Texas’s maps to a panel of three federal judges in Washington in July 2011, and after a tense session in which various redistricting reform plans were debated. But it was right on schedule otherwise.

Texas was poised to gain four new Congressional members. This year Texas may gain two or three. This raises the stakes politically, of course. Activist judges stood ready to act then and will now — both under Democratic presidential administrations.

Back then, the Voting Rights Act required “preclearance” of certain Southern states and other jurisdictions — a means to make sure (at least in theory) the lines are not drawn as to discriminate against racial minority groups. This practice was done away with in recent years, but this allowed the Barack Obama-era Department of Justice to slow-walk the maps. By September 2011, the DOJ turned down Texas’s request for preclearance. Then it got worse: In November 2011, the three-judge panel in DC rejected the map and bounced it back a San Antonio-based federal court. The San Antonio court (hang in there, reader) drew their own maps as a stop-gap solution awaiting a decision by the DC Court.

It would not be until 2013 session that the Texas Legislature would draw new maps based on the court’s guidance, which went into effect for the 2014 election cycle.

So what happened until then? During the 2012 cycle, the primary was postponed until May — after the usual March primary and county/senatorial district conventions, requiring each prospective delegate and alternate to raise their right hands and swear and oath to the GOP or the Democratic Party in order to participate. Those who took the oath were given a yellow card to signify their affiliation and grant entry to conventions. Elections continued under the old 2000 maps.

We’ve said before that the 87th Legislature may look an awful lot like the 86th due to very little changing regarding the electoral map. But now that the electoral maps themselves may be delayed by COVID-19 and the possibility of activist liberal judges jumping in to prevent two or three new Republican Congressional seats from being added, it’s very likely Texas won’t see its maps until the 88th Legislature — a scenario that may replicate itself in many states.

Travel advice: Go ahead and plan those vacations.