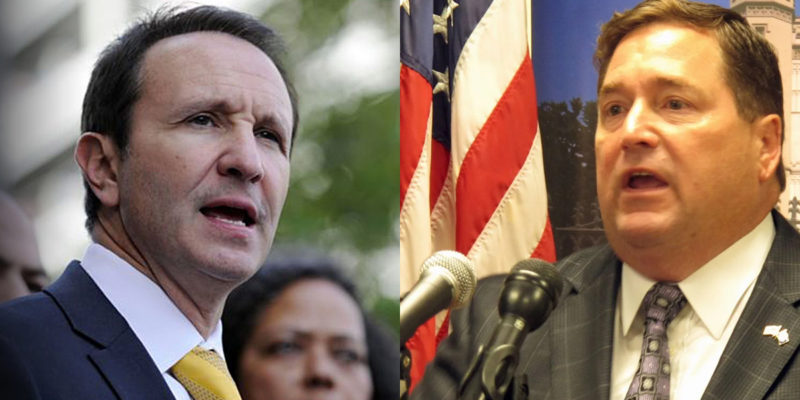 The big news surrounding the filing of 2020 campaign finance reports concerns the office of governor – both present and future.

With Democrat Gov. John Bel Edwards term-limited, several candidates could jockey their way into succeeding him. The best gauge of that comes from the amount of money picked up three years out, because you have to start early to win this one. (Edwards’ out-of-nowhere win in 2015 being very much the historical exception; he didn’t start raising money in earnest until two years out).  Money doesn’t determine elections, but it does demonstrate breadth of support and faith in that candidacy. It won’t tell you who will win, but can tell you who can.

If several hundred thousand dollars raised in 2020, the candidate will be a serious contender in 2023. A couple of hundred thousand means that one could turn into a serious threat, but will have to pick up the pace. Below that, chances are pretty much zero unless you’re a big name in politics already and/or you can fund yourself approaching eight figures.

By these metrics, two contenders stand out. Republican Lt. Gov. Billy Nungesser raised over $800,000 to end the year approaching $1.5 million, although half a million came from his own pocket in the form of a loan. Donors reflect a number of long-time GOP activists, long-retired Democrat former officeholders, a smattering of elected Republicans, and one Democrat in the Legislature, state Rep. Denise Marcelle.

However, Republican Atty. Gen. Jeff Landry pulled in $1.2 million to finish the year at over $2 million. He had fewer elected officials and party activists and no obvious Democrats in office giving to him. These patterns seem consistent with the belief that Nungesser represents old-school politics in Louisiana that revolves around personalities and power bases connected to government and politics while Landry appeals to more of an ideological and private sector base.

While GOP state Sen. Sharon Hewitt has indicated some interest in a promotion, her fundraising totals don’t suggest she would get beyond her current post. At well under $200,000 with just over that in the bank, her mostly come from companies or political action committees. This works well for obtaining a third term in the Senate, but doesn’t show much in the way of broad support for the state’s top job.

Of other statewide officers, they took in less than Hewitt and only Republicans Treasurer John Schroder and Agriculture Commissioner Mike Strain had more on hand than her. (For the record, the statewide officeholders all listed their reports as pertaining to their present jobs. Hewitt termed her for an “undecided major office,” which would match her current spot.)

Another heavy hitter thought to have interest in the governorship, GOP Rep. Garret Graves, hasn’t started a state campaign account. At the end of 2020 he had $2 million in the bank in his federal account, which by state law can’t go towards explicit campaigning for a state office. However, he has the option of allies starting a PAC, then donating from his federal account to it and hope they spend on behalf of his candidacy.

But perhaps most interestingly, Edwards hardly did anything, collecting just $40,000 – most of that refunds – after spending a record eight-figures to stay barely in office, leaving him just $70,000 on hand after spending down a lot of his carryover balance. This likely signals that Edwards has no intention of doing what many have speculated, challenging Republican Sen. John Kennedy in 2022.

Edwards can use these monies in a federal campaign, and could raise a million or two from national Democrats if he up and declared this instant. Yet Louisiana probably wouldn’t make the top dozen contests among Senate races if Edwards did challenge Kennedy, so the national Dems won’t likely go all out to help him. Plus, Kennedy sits on $5.7 million in his federal account after having raked in $3 million last year. Edwards would need another eight-figure spending spree to have any chance against Kennedy, and unless he kept his foot on the fundraising gas pedal he won’t get there. He’s not going to get there, which strongly shows he’ll pass on it.

That absence may confound predictions for 2022, but 2023 looks unchanged. Nungesser will serve as the Democrats’ placeholder with party leaders trying to discourage any quality Democrat from entering the contest, and Nungesser hoping to hold onto traditional power bases. Landry will corral much of the conservative base and voters wanting to see large-scale changes in the way the state does business. There might be room for another Republican eschewing a populist approach and more mandarin in origin – akin to current Edwards Commissioner of Administration Jay Dardenne – but Landry’s ideological base and Nungesser’s good-old-boy orientation don’t leave a lot of room. The governor’s race may end up, for all intents and purposes, as an unprecedented two-up, all GOP affair.