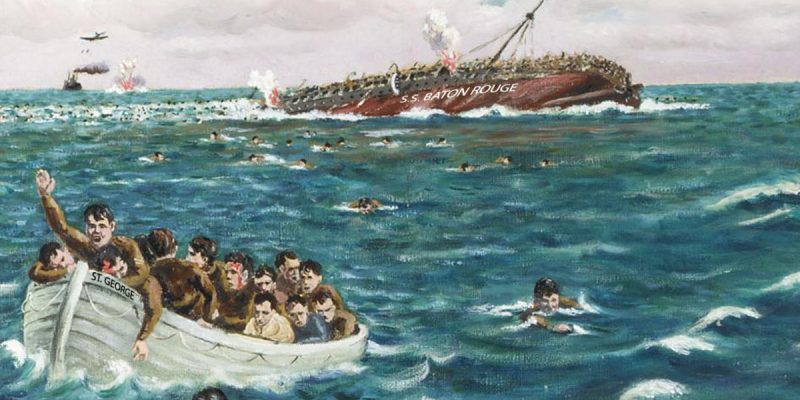 Yesterday, before the Baton Rouge Metro Council unanimously rejected reason and effectively imposed a higher property tax rate on home-grown and locally-owned small businesses than it did the richest and most exploitative corporation on Planet Earth, we attempted to explain why giving 0ut free stuff to Amazon was not the economic development win these people thought it would be.

We noted that Amazon has done more to destroy American manufacturing and brick-and-mortar retail than anyone else, and that Amazon has served as a merchandising agent for the Chinese Communist Party. We explained that Amazon similarly has practiced destruction on the First Amendment following what it did to Parler. We noted it abuses its employees and meddles in public policy in an extraordinarily nakedly rent-seeking way.

And we noted that Amazon was already committed to the project its real estate development representative was seeking tax breaks for – ironically, redeveloping the site of the defunct Cortana Mall, which Amazon helped to kill, as a sorting and fulfillment facility which would produce 1,000 jobs. The $35 million Amazon sought for the project would amount to $35,000 in tax breaks for each low-wage job it would create. And Amazon was going to build the facility with or without tax breaks. This isn’t a facility serving a large region. It’s a facility serving the Baton Rouge area. East Baton Rouge Parish wasn’t competing with Lafayette or New Orleans or Mobile or Houston, it was competing with Ascension, Livingston, West Feliciana, Iberville and West Baton Rouge – none of which has anything remotely like the transportation network nearby that the Cortana Mall site has.

And the Metro Council voted unanimously to throw your money at Amazon’s real estate development representative. Now you’ll pay a higher property tax rate, particularly if you’re a small business owner in East Baton Rouge Parish, than the company feverishly working to put you out of business, and the twelve clowns you put in charge of decisions like these were unanimous in screwing you.

But that’s not all the twelve clowns did yesterday. Oh, no.

The East Baton Rouge Metro Council voted Wednesday on a multi-million-dollar settlement for the family of a Black man shot and killed by a BRPD officer in 2016.

The council voted 7-4 in favor of offering a $4.5 million settlement to the family of Alton Sterling, which filed a wrongful death lawsuit against the city and BRPD.

The talks Wednesday came after similar discussions fell through last year, including a $5 million settlement that fell short of the necessary votes.

“I am pleased our metro council was able to find a consensus and approve an offer of settlement in the Alton Sterling civil case. After nearly five years, the people of Baton Rouge are finally one step closer to getting much needed closure in this traumatic episode in our history. Now we must continue the work of building a more fair and equitable community, where every citizen is treated justly, no matter their race or ethnicity.“

So if you’re a rapacious robber baron who abuses and destroys small businesses, the politicians busily bleeding Baton Rouge dry will throw $35 million at you. And if you’re a career criminal who brandishes illegal firearms at people while he peddles “bootleg CD’s” in front of convenience stores at 2 a.m. on a weeknight, then fights with the police called in to arrest him and gets himself shot, the politicians will throw $4.5 million at your family.

If you happen to be a normal, law-abiding citizen trying to make your way in the world, what do these twelve clowns and the abject fool sitting in the mayor-president’s office have for you?

Atrocious roads and traffic. Sales taxes higher than San Francisco. Bad drainage. A police force which has given up fighting crime for lack of support from the political class, resulting in shockingly unsafe streets. An economy in free fall. Population decline. Corruption and incompetence wide open for the viewing. And one of the worst, though best-funded, school systems in the state.

It wasn’t all that long ago that the Metro Council at least stood athwart the incompetence and decline of Louisiana’s capital city and yelled “Stop!” They were ineffective at that more often than not, but the occasional effort was made.

The free fall has begun.

We knew it was coming, particularly when Steve Carter, may he rest in peace, could only muster 43 percent of the vote against the abject fool sitting in the mayor-president’s office in last December’s runoff. That was an indication Baton Rouge no longer has an electorate capable of holding accountable abject fools.

We talk about something we call Weaponized Governmental Failure. It’s a very recognizable phenomenon whereby urban Democrats engage in policies so injurious to the local economy and good order of society that they chase away the middle class voters a city has to have in order to be governed effectively. In doing so they cause ruin in the city they’re misgoverning, but they profit from that ruin.

Because what’s left when the middle class decamps for the suburbs is a small skim of rich people who will pay their own way with private security in their gated communities, private schools for their kids and bribes to local officials when public-sector errands must be run. And a large swath of poor people who (1) aren’t sophisticated enough to discern good public policy from bad, largely thanks to utterly deficient public education they’ve been run through, (2) live in neighborhoods so dangerous that survival takes precedence over social and economic advancement, and (3) are desperate for any government handout they can get, no matter how meager.

And such a ruin of a city is surprisingly easy to govern. You simply give out freebies to Jeff Bezos and Alton Sterling alike while hurling epithets at the middle class as they decamp for the ‘burbs, mutter a few things about social justice to appease the cultural Marxists, and then gleefully gorge yourself at a public trough federal and state grants and other government swag continues refilling. You don’t even have to worry about the fact you’ve destroyed your tax base; the feds and state government will step in and keep that trough full.

Baton Rouge is a taste of Weaponized Governmental Failure. Baton Rouge is Jackson, Detroit or Baltimore. It just hasn’t reached the advanced stage yet.

But it will. And that can’t be stopped anymore. The Twelve Clowns and the Abject Fool are busily hammering the nails in that coffin. Get out while you can.