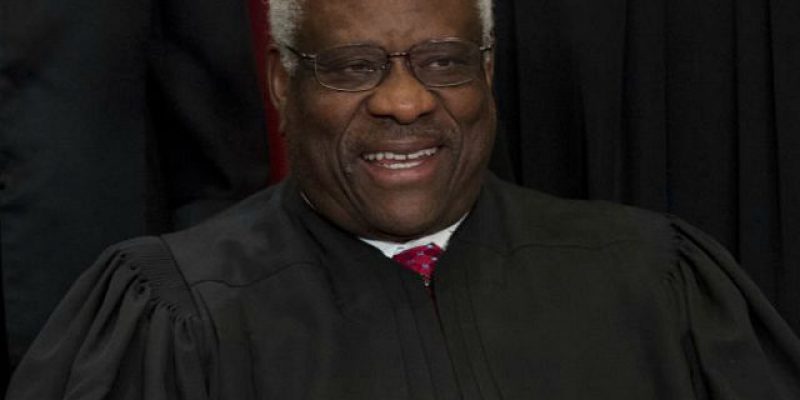 The bias against and efforts to suppress and censor conservative speech, including conservative history, never ends.  Early in February during Black History Month, Amazon deleted from its streaming service a documentary film regarding U.S. Supreme Court Justice Clarence Thomas.

The documentary, entitled “Created Equal: Clarence Thomas in His Own Words,” was taken from some 30 hours of interviews with Thomas and presented a wide range of his life story.   However, presented with a golden opportunity to highlight and showcase the richly inspiring life of a remarkable man who rose to great heights from abject poverty and scarce opportunity while living in a segregated state, Amazon chose to stifle and suppress the story.  When questioned about this Amazon never responded.  The director of the film noted that the documentary was doing well and selling so it certainly wasn’t deleted because no one wanted to see it.

Justice Thomas is one of the most prominent and well-known black leaders in the world today.  He had a very difficult childhood and upbringing, the success of which he unfailingly attributes to his beloved maternal grandfather, Myers Anderson, who raised him as well as the nuns who taught him in Catholic school.   Remarkably, it was when he was sent to live with his grandfather that he experienced luxuries like indoor plumbing and regular meals for the first time.  From age ten, he worked at a farm from sunrise to sunset.  His grandfather imparted ethics of discipline, self-reliance and hard work to Thomas and his younger brother.

However, notwithstanding his moral and educational formation, Thomas, for a while, rejected all of that and became a radical who supported the Black Panthers.  However, over time he politically and intellectually returned to the basic, traditional conservatism of his youth and later worked for President Reagan.

Needless to say, the story of Clarence Thomas is far more meaningful and powerfully compelling than much of the often trite and superficial products Amazon offers.

Amazon’s decision is tragic but not surprising.  I thought “diversity of thought” was important to the Left?   Amazon will likely never admit the truth, but I think we all know why this work regarding Clarence Thomas—as well as documentaries regarding other black conservative historical figures—was purged from the offerings.  The Left simply cannot afford to have brilliant and accomplished black leaders in high profile positions who, by the firm and loving guidance of those around them and the sweat of their own brow, have succeeded enormously and now utterly reject the government-centric, nanny-state view of life.

A description of another historical figure applies equally to Clarence Thomas.  “One such example is worth more to earth than all the stained triumphs of 10,000 Caesars.”  May that example be widely known and embraced.

Interested in more national news? We've got you covered! See More National News
Previous Article PERRICONE: Cancel Culture And Your Right To Free Speech
Next Article What Should We Make Of Trump’s Endorsement Of Kennedy?