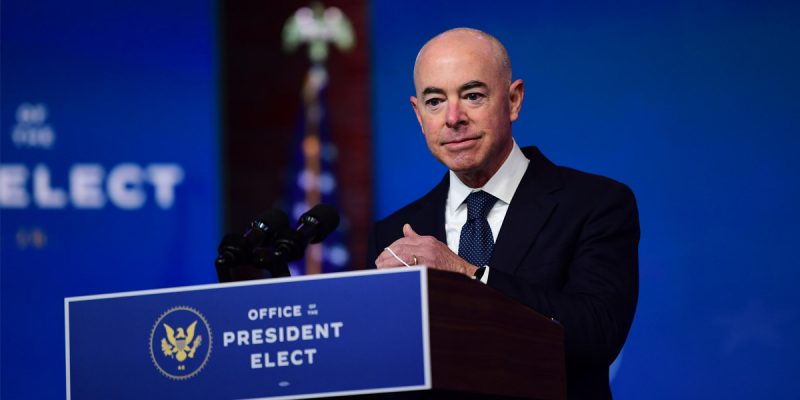 This is a central assertion by the Biden Administration, still going strong after Biden’s first 60 days in office. They have even gone so far as to claim U.S. law enforcement and the military are riddled with domestic extremists despite the fact there has been no real evidence released to support this supposition.

There was no “armed insurrection” January 6th. No firearms were found at the U.S. Capitol. Of those who died on January 6th, only one death (that of Officer Brian Sicknick) is alleged to have resulted from criminal violence, and even that allegation has come under substantial scrutiny. All “intelligence” reports of follow-on attacks or riots have so far failed to materialize.

In order to hype the seriousness of the domestic threat, the Biden Administration has soft-pedalled the very real danger of international terrorism.  According to Forbes, Mayorkas reported “that since the September 11 attacks, the threat landscape against the U.S. has substantially ‘evolved’ to the point that foreign terrorism is no longer the chief concern of DHS.”

In other words, the threat from jihad receded and now takes a back seat to domestic “extremism.” In fact, Mayorkas said that the main threat was now what occurred on January 6 at the U.S. Capitol.

How our nation’s Director of Homeland Security can claim that what occurred at the U.S. Capitol on January 6 is now a bigger threat than the Islamic State, Al Qaeda, Boko Haram, Al Shabaab and the like is beyond puzzling. Those groups have killed tens of thousands of people, some have killed thousands of Americans and all have threatened Americans and America, both at home and abroad.

Mayorkas should take a look outside the USA’s borders to see that jihad has anything but declined.

In Africa alone, one finds an entire continent overrun with violent jihad with terrorist insurgencies raging in Nigeria, Cameroon, Mali, Algeria, Mozambique, Burkina Faso, and Somalia. The Biden’ refugee resettlement policy is on track to encourage an influx of refugees from these nations into the United States. Following the typical left-wing script, the violence, disorder, and migrant flows will be blamed on “climate change,” rather than the true culprit: the global jihadist insurgency.The Middle East remains tumultuous, with conflicts continuing to rage in Syria and Libya and Iranian proxies actively targeting Americans and their allies in Iraq and Yemen.

In western Europe, France in particular, extraordinary measures are being taken to address the influx of violent jihad brought in among refugees and illegal aliens from many of the same countries wracked by jihadist insurgencies.

If Mayorkas thinks that the U.S. is somehow immune or protected from jihadist violence, maybe he can share with the rest of America on what evidence he bases this claim.

Particularly in light of yesterday’s events in Boulder, Colorado, when an individual of Syrian extraction with the peculiar name of Ahmad Al Aliwi Alissa killed 10 Americans. We don’t yet know whether that was an act of jihad, but one can certainly suspect as much.

In the meantime, if he’s going to continue in his job, something others might decide is not a good idea, Mayorkas would do well to educate himself on what the jihadis have said about the threat from jihad.

Anwar al-Awlaki was the Al Qaeda operative who led Al Qaeda in the Arabian Peninsula at the time of his death in 2011. But al-Awlaki had a history that is instructive for Mayorkas and the entire Biden security team.

Al-Awlaki was born in New Mexico and raised in the United States. He became an imam and led mosques in Denver, San Diego and Virginia during his career. He was regarded as a so-called “moderate” Muslim leader and was invited to lecture at the Pentagon on outreach to Muslims. He also delivered sermons on multiple occasions on Capitol Hill to the Congressional Muslim Staffers Association.

It was later discovered that al-Awlaki had contact with some of the September 11 hijackers. Al-Awlaki fled the U.S. and became a leader of the Al Qaeda affiliate known as Al Qaeda in the Arabian Peninsula (AQAP). In that capacity he communicated with Major Nidal Hassan, the notorious Fort Hood shooter. Hassan killed 13 people and wounded 30. He was one of several jihadists inside the U.S. military who attacked their own fellow service members over the past two decades. Yet there has never been a “standdown” to discuss the role of jihadist “extremists” in the military.

Before his death in a U.S. drone strike al-Awlaki said the following:

On September 10, 2001, the United States didn’t have a Secretary of Homeland Security. On that day few considered jihad to be a great threat to U.S. security. All that changed in the space of a few hours a day later.

That’s how fast terrorism can change everything.

To suggest that what happened at the U.S. Capitol on January 6, 2021, represents a greater threat than the doctrine that motivated the attacks on America on September 11, 2001, shows a September 10 mentality and has no place in U.S. security leadership.

Interested in more national news? We've got you covered! See More National News
Previous Article It’s Time For The LSU Board To Shut Up About F. King Alexander
Next Article PERRICONE: Intellect, Hatred, And The Human Dilemma