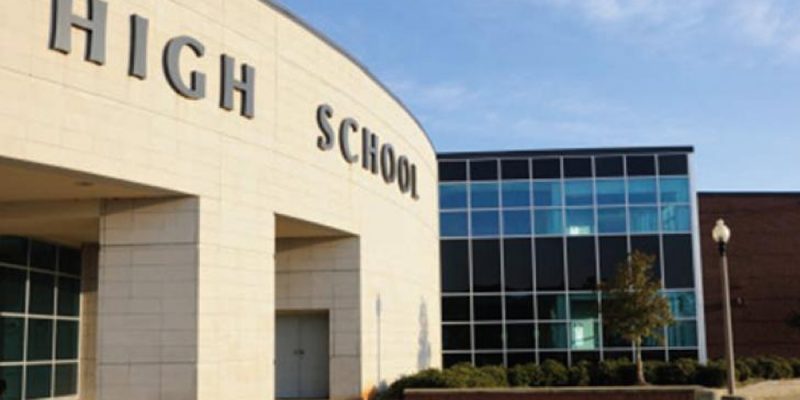 Louisiana leaders should rebuff attempts to cheapen higher education delivery on the basis of racist argumentation.

Last year, a panel authorized by law to study dual enrollment – allowing qualified high school students to take courses for college credit – issued a report aiming to increase this incidence. It made many recommendations, but the Wuhan coronavirus pandemic made any movement on these impossible last year.

With a new year, legislative action could occur. And certain special interests have seen this as an opportunity to advance a destructive agenda for both taxpayers and students.

Recently, an online forum for Louisiana educators called “The Role of HBCUs in Dual Enrollment” featured speakers from the leftist Education Trust, who claimed the relatively low proportions of black secondary education students in the state able to take dual enrollment coursework stemmed from an allegedly unfair ACT requirement. This matters as dual enrollment students become more likely to attend and complete college.

Of course, there’s a tautology in this association: those who pursue dual enrollment are more motivated to obtain education, which also makes them perform better to meet standards, which aren’t exactly demanding in Louisiana. In 2018, the Board of Regents mandated that, as a minimum standard, any high school student wishing to avail themselves of the opportunity needed an ACT composite score of at least 19, minimum ACT subject scores of 19 in math and 18 in English, and a minimum 2.5 grade point average.

Note that the test requirement is below that to enroll in any baccalaureate program and the GPA requirement matches the “statewide” university requirement, with the state’s HBCU (historically black college and university) institutions having “regional” GPA standards of 2.0. Louisiana students scored nearly two points below the national average on the ACT in 2020, with that 18.6 just below the Regents’ standard. Black students, who predominantly populate HCBU enrollments, scored over two points below that.

Thus, the left’s desire to shoot the messenger, the ACT. Echoing some on the political left, at that forum the nonprofits’ speakers harped on the ACT as an impediment, as did others present. Caddo Parish School Superintendent Lamar Goree said the ACT prevented access to college and brazenly admitted that principals in his district tried to sidestep that requirement.

Those kinds of statements are disingenuous, to say the least. Louisiana’s community colleges are open admission with a high school diploma, so the ACT doesn’t affect the choice to take classes at that level. Nor does it matter for students who wish to transfer from there to a senior institution. Louisiana high school students are required to take the ACT, but it has no bearing on their ability to achieve a baccalaureate degree, much less an associate degree.

Additionally, the ACT and standardized tests in general predict significantly success in higher education. Contrary to a line quoted during the forum, all things equal the other major standardized test the SAT (which in Louisiana may substitute for the ACT) predicts college achievement just as well as GPAs or high school records. Further, race differences in the validity of admissions tests are practically negligible and scores even display a slight bias in favor of black and Hispanic students relative to eventual GPA.

In the Louisiana debate over dual enrollment, while some may call the ACT standard “unfair,” the reason for that never is spelled out. If the research shows testing has no bias and does measure ability to succeed in college, then what can be “unfair” about using it?

Answer: those making such an argument parrot the redefinition of equality not in terms of providing equal opportunity, but in outcomes. Assigning unequal outcomes as the sole determinant of whether bias exists denies any other possible source that created these differences, regardless of the extreme plausibility of alternatives causing differential outcomes combined with policy bending over backwards to provide equal access to outcome achievement. Typically, this monistic analysis denies the essential fairness of the system, particularly in regards to higher education, reducing it to an intellectually-unsustainable canard of “systemic racism.” Thus, testing becomes a pillar propping up “systemic racism.”

And, in the final analysis, such an assumption when imprinted on the specific issue of why black students in Louisiana score four points below whites on the ACT connotes a racist agenda. It acquiesces to a belief that the generally lesser academic success of blacks as a whole cannot be rectified unless privileging black students in some way occurs, exposing a belief that blacks are intellectually inferior to other races. Whether these advocates understand or admit this, their fronting of the systemic racism canard itself propagates a harmful racist agenda to the detriment of blacks.

That agenda lays behind any potential scrapping of the ACT for dual enrollment – or for senior institution admission – in Louisiana (as well, standardized tests do a better job of predicting college success than do alternatives such as “holistic” admissions). Which also would end up a bad deal for taxpayers as well, for less capable students will do more poorly in their dual enrollment courses, wasting institutional resources – unless institutions put pressure on instructors to lower standards, which creates another waste of taxpayer dollars.

Louisiana’s Regents and its lawmakers must understand that the scrapping of a standardized test score component, or even lowering it beyond its barely-sufficient level at present, only serves to capitulate to a profoundly harmful agenda for higher education, but one especially so for the cohort advocates of this approach say it would supposedly help. Worse, this surrender would validate a pernicious form of racism.