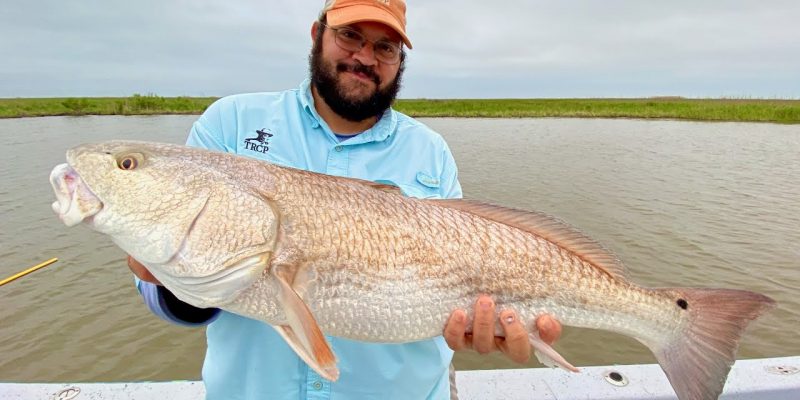 You never want your region’s weather to lead the national news, but on April 13, South Louisiana’s did. The wind forecast for that day was 10- to 15-mph — bumpy, certainly, but not a deal-breaker for a few hours of chasing anything that would bite in our abundant marshes.

Every angler who’s been on the water more than handful of times has fished in worse.

But on that day, a feature meteorologists call a “wake low” barreled across the coast, bringing with it hurricane-force winds that, among other destruction, flipped a jack-up barge near Grand Isle, killing many of the workers stationed on it.

On that same day, before the storm had even formed, Capt. Lloyd Landry, Chris Macaluso and I motored from Falgout Canal Marina to the far western reaches of Terrebonne Parish to test our biceps against the redfish that live there.

Needless to say, the winds were far worse than the forecast, and we struggled mightily until we made a bait change that had the reds coming in two at a time, while we pulled our phones out our pockets every five minutes to keep tabs on the weather.

We made it back to the dock with 10 minutes to spare.

Catch more fish and look cool doing it in an official Marsh Man Masson performance shirt. Use coupon code MARSHMAN10 to save 10%! https://etsy.me/3v9cybZ​​​

Want to shoot your own fishing videos? Here’s some gear/resources you might find useful:

To keep up with all we’re doing, follow us on social media: