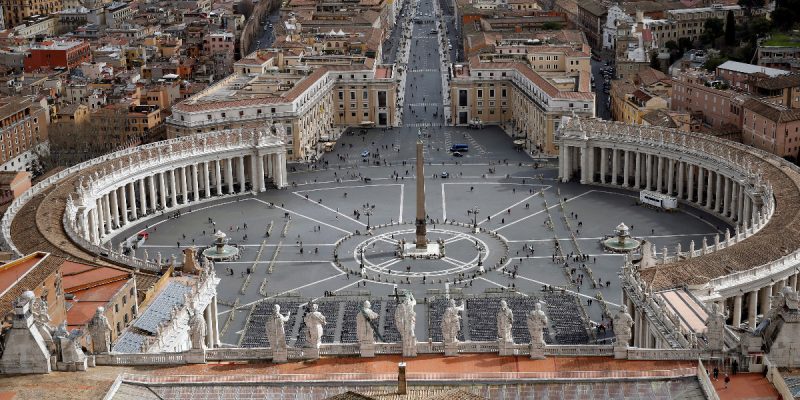 I guess it’s true, from his latest opining about legislation before the Louisiana Legislature: Democrat Gov. John Bel Edwards does want to abandon his current post and become ambassador to the Holy See.

Some observers have speculated as such, and now we have evidence to support that. That’s because Edwards has taken a position at odds with his professed Catholic faith, bringing him into alignment with the ”Sunday Catholic” who would appoint him, Democrat Pres. Joe Biden. Earlier this week, Edwards criticized – and implied vetoes if such bills ever came to his desk – measures such as HB 542, HB 575, and SB 156 that would limit sports participation of children and young adults of one sex to competitions for that sex and that would prevent medical interventions designed to change or impede sexual development of children. He hopes “the Legislature will not seek to advance those bills” because “I am really concerned about emotionally fragile people and the idea that the weight of the state would be put behind something that to me is unnecessary and discriminatory and very hurtful for those individuals when there’s not a compelling reason to do it.”

Leaving aside the obvious disconnection between his statement and reality – that girls wanting to or competing in sports against biological males will suffer emotional damage to those with fragile psyches – since Church doctrine doesn’t address athletic competitions, the implications of what he says concerning the prohibition of medical treatments, if not physical mutilation, of adolescents and younger decisively contradict Church teachings.

Catholic doctrine doesn’t directly and precisely single out the use of drugs to block and delay hormonal changes in youths and sex-change surgery on them as intrinsically evil, but it does make clear that a person’s immutable physical sexual nature cannot be separated from the person as a whole, including one’s soul. As such, in response to similar legislation in Arkansas, the Diocese of Little Rock succinctly noted that this kind of bill “affirms the Church’s constant teaching that — with the rare exception of one’s reproductive organs not matching one’s chromosomes — our gender is to be considered harmonious with our biological sex and thus should not be subject to change.”

One hopes the bishops of Louisiana’s dioceses will make similar public statements about those kinds of bills. And that priests amplify that point to their flocks. Note that this doctrine applies generally to Catholics of all ages, with its applicability drawing next to no dispute even among lay theologians. Even the very few who dissent argue only in limited circumstances, citing the psychological well-being of the person might demand it, should any kind of drug-induced or physical alteration take place.

And, these revisionist attempts for exceptionalism almost always exclude children. Only one ethicist, a non-scientist secular member attached to a Vatican advisory panel, even has suggested that only under the most restricted conditions that a child be administered hormone-blocking drugs temporarily. Medical experts largely panned that, and for good reason.

The science is quite clear on this. Healthy children never should have such drugs administered. Most who claim gender dysphoria at one point abandon that by the end of puberty. Drugs used have negative effects that last long after administration. Nor does their use reduce the incidence of depression and behaviors stemming from that, such as attempted suicides. The rush to prescribe such drugs to children as young as single digits in age, in light of the fact that no long-term study has demonstrated an unambiguously positive impact on children’s lives, in the minds of many experts constitutes illegitimate experimentation on children, if not outright child abuse.

Yet this is what Edwards refuses to condemn, and in contradiction with the beliefs of his faith. It is shameful, but politically expedient. Biden is the foremost secular leader of those who see the Church as more of a nongovernmental organization than fulfilling its true purpose, as a means of transforming lives towards achieving salvation. As such, he feels able to practice cafeteria Catholicism that rejects undisputed doctrine when it doesn’t match his political goals.

This is the guy Edwards wants to impress, who could hold the key to his post-gubernatorial political aspirations. Even if he has to speak and act contrary both to his faith and the well-being of children.