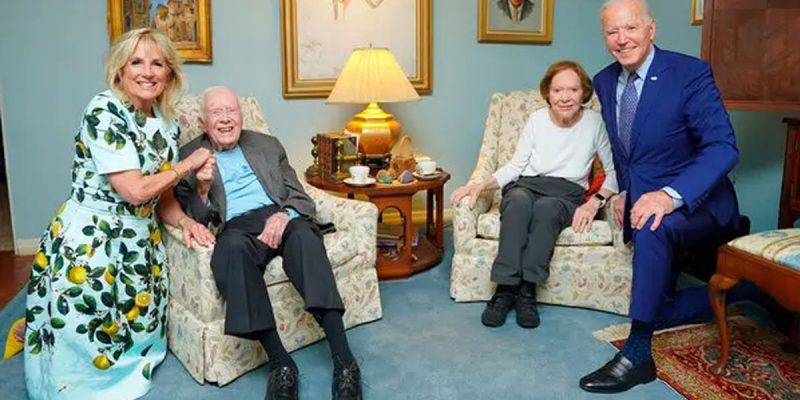 Recently I wrote of my memories of the infamous times of Stagflation under Jimmy Carter, and the eerie parallels with today’s economic policies of Joe Biden.

Well, the latest jobs data coupled with the growing spark of inflation has proven my point. If nothing changes, historians will call our time Stagflation II.

The pandemic continues to roil America’s economy, setting the job market on its head. Employers looking for workers are having trouble finding them, while many laid-off Americans remain on the sidelines waiting for a return to normal. It’s a confusing mess that’s confounding employers and economists alike.

The US economy added only 266,000 jobs in April on the anniversary of the worst job loss for any month on record. That was far less than forecasts of economists, who had predicted America would add 1 million jobs last month.

The unemployment rate rose to 6.1% in April, up from 6% a month earlier, as more people returned to the labor force to look actively for work, the Bureau of Labor Statistics said Friday. The March jobs numbers were also revised down to 770,000 from 916,000 reported initially.

It was the slowest improvement for jobs since January. Experts predicted that the vaccine rollout and the reopening of the economy would jolt hiring.

In normal times, adding 266,000 jobs in one month would be a solid performance. But nothing is normal in this pandemic era, and America is still down 8.2 million jobs versus February last year before the Covid-19 hit. The disappointing April jobs number shows the road to recovery from the pandemic remains bumpy.

The solution, of course, to preventing a return to the bad old days of Jimmy Carter would be for the government to slowly withdraw its attention from the economy and let the private sector make the needed corrections. In fact, that is exactly what happened when the people ditched Carter for Reagan. The result was two decades of prosperity.

Do I expect that to happen?

The people will slow the Biden train wreck in 2022. The only open question then will be how long we will need to cleanse ourselves of neo-socialism and disastrous government intrusion. That will determine how much economic misery we will have to pay for all this folly.

Interested in more national news? We've got you covered! See More National News
Previous Article SADOW: LSU Is Going To Have To Rein In Its New Woke President
Next Article We Wouldn’t Be Surprised To See Weed Legalized In Louisiana, But…