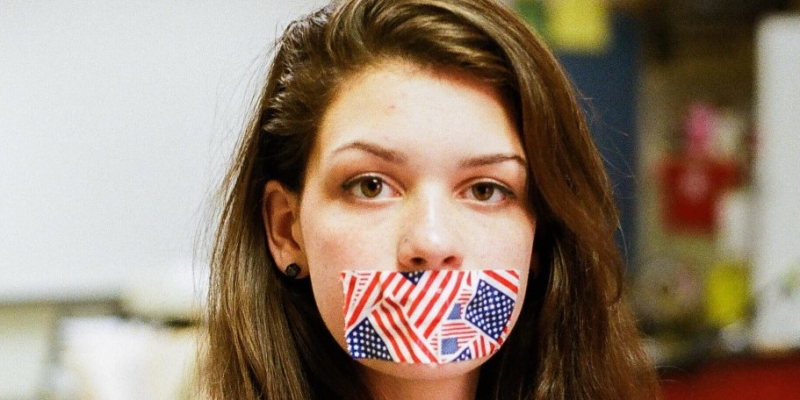 Two-thirds of content flagged for review by Facebook’s contractors is conservative content, an exposé of the social media giant suggested.

This level of bias has been well-known for years, especially since last summer when Project Veritas exposed the left-wing opinions expressed by many of the in-house employees and contract laborers entrusted to conduct objective reviews of flagged content on the social media giant.

And this week the spotlight returned to “digital sweat shop” workers as a major news network devoted coverage to Foxglove, a project to support to contracted social media content reviewers.

Although Mark Zuckerberg told Congress in 2018 that Facebook has no ideological bias, the company is far from the even-keeled Silicon Valley employee paradise its reputation may suggest. Even the frequent reminders to be vaccinated, wear a mask, and follow CDC guidelines seem to be a front.

A quick side note about COVID and Facebook: NBC Nightly News reported this week that many contract employees feel that not only their emotional but physical safety is on the line. “Now, on top of work that is psychologically toxic, holding onto the job means walking into a hot zone,” several moderators co-wrote in an open letter. Facebook countered that it “exceeded health guidance on keeping facilities safe for any in-office work.” Contractors Accenture and CPL told NPR that only essential employees were being called back into the office, and that Facebook would be “unusable” without their services.

“Safety,” and perhaps ironically, seems to be the primary motivator behind Facebook’s crackdown on conservative content. From fears that conservative approaches to the viral outbreak would result in more deaths to the narrative that Trump’s posts were fueling an insurrection, Facebook’s top brass is on a hygienic crusade to root out what it considers to be social ills. And that’s not to mention previous suspicions of Russian collusion and election misinformation possibly tainting the 2020 presidential election process.

“Our reviewers work hard to keep our platform safe for billions of users every day,” a Facebook spokesperson told the Washington Times (emphasis ours) in response to Project Veritas’s summer sting operation.

This comes as no surprise after a 2019 in-house study by Facebook alleged no bias in reaction to charges by then-President Trump.

The second-most recent spate of bias charges led to an immediate counter-offensive not only by Facebook but by left-leaning news outlets and various fact-checking services — each amplifying the opinion that because right-wing opinion is somehow potentially dangerous that conservatives have a collective advantage over presumably altruistic liberals. New York University went as far as to say there was “no evidence of anti-conservative bias” whatsoever.

Despite the run-to-the-rescue, Zack McElroy, a now-fired employee of Facebook’s Tampa office, told Project Veritas he saw (and filmed) examples of systemic bias. An estimated 75-80% in the queue of automatically flagged posts were Republican or conservative in nature, he said.

“Certainly the algorithm is not human, but it had to be made by a human,” McElroy told Project Veritas. “You can say it was a bot, but somebody had to design that algorithm — so really, someone at Facebook.”

And according to McElroy, the conservative-leaning queue is reviewed by a left-of-center pool of contract laborers.

The algorithmic and human bias is so commonly understood that it has become a joke in conservative circles: Getting too punchy or confrontational will land one in “Facebook jail” for a period of time. However, the joke is wearing thin with conservative members of Congress and state legislators.

Is there anything more Orwellian than Facebook's "independent oversight board," stocked with left-wing academics, deciding issues of free speech?

Today the Texas House State Affairs committee gave approval to social media regulation bill Senate Bill 12, authored by Republican Sen. Bryan Hughes. SB 12 was approved by the Senate last month and with House floor passage in the upcoming weeks will head to the Governor’s desk. The bill’s legislative analysis summary sums up well the objections and why typically small-government conservatives may feel inclined to regulate an online industry:

Social media sites are the modern public square, and while almost all speech is protected from governmental censorship, private digital spaces that host public speech present a novel challenge. Although these sites are privately owned, the nearly universal adoption of a few sites has created a need for protection from speech selection by social media companies.

S.B. 12 includes a legislative finding that the biggest social media sites are acting as common carriers of public speech. It then draws a critical distinction between censoring based on content versus censoring based on viewpoint. These sites need to moderate content like violent or overtly sexual posts. However, they cannot deny you participation based on your viewpoint, including your political preferences or religion.

Under this bill, a social media site of over 100 million users is prohibited from censoring a person or the content that person posts based on the person’s viewpoint or on the viewpoint expressed in the post. If the site does block or restrict a user based on viewpoint, that user can file suit against the site to get back online and make the site pay their attorney’s fees. Alternatively, the Office of the Attorney General can bring suit on behalf of a user or group of users.

Facebook can cover for its bias as long as it wishes, but if it wants to avoid the regulation of the social media industry (at least in conservative states, and as Zuckerberg himself said he would prefer) then it must to take a hard, objective look at its own practices. An external audit of its bias — and that of its contractors such as Accenture, CPL, or Cognizant — would be a major step forward for the social media giant and restoring public trust. But for now a Project Veritas video will have to suffice.

If Rep. Jim Jordan and Sen. Tom Cotton are any early indicators, a Republican resurgence in Congress might actually end of Facebook’s social media dominance the way telecom giants have been broken up in U.S. history. That is, if social media giants like Facebook and Twitter fail to be honest about their own cultural and political leanings.

Be the customer, not the product! Sign up today for The Speakeasy, an uncensored social media alternative featuring premium content from The Hayride and exclusive access to op-eds, podcasts, ad-free stories, and more. Learn more.