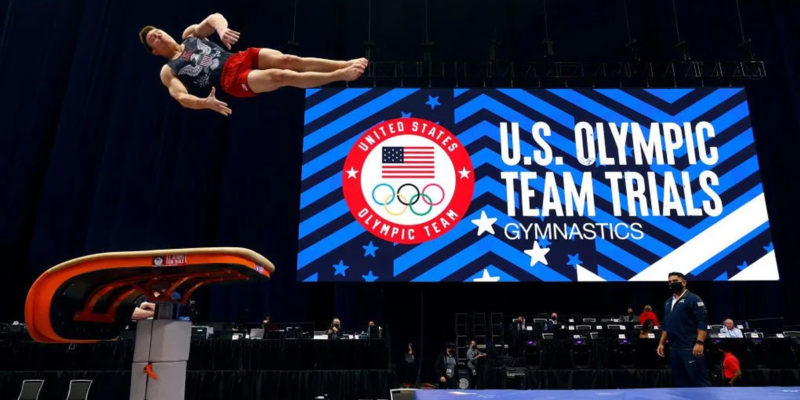 The Olympic Trials taking place the last two weeks have provided our country with a hopeful and unifying injection of pride and patriotism.  America was able to witness daily some of the finest athletes in our country and in the world.  Team USA is clearly primed and ready for the Olympics in Tokyo in about two weeks.

The swimming, track and field (minus the childish, self-absorbed 3rd place hammer thrower who only embarrassed herself), gymnastics, diving, volleyball, wrestling, and on and on—including Paralympics—were exciting to watch!  So many talented athletes—many new faces—who have worked and sacrificed for virtually their entire lives to be ready for this moment.

The sacrifices these athletes and competitors make over many years for merely the chance to qualify for and compete at the Olympics are remarkable and inspiring.

For example, I have learned that top level gymnasts start training at about 4 years old, but some begin training at 2 years old.  The amazing Simone Biles started at the “late” age of 6.  The training for an elite gymnast may be from 32-40 hours a week which does not include recovery times, stretching, strict dieting or mental and psychological preparation.   A top-level gymnast spends many grueling hours—with a focus on proper form and great technique—perfecting a regimen of upper body work, leg lifts, crunches, handstand press work and planking to say nothing of the gymnastics itself.

A competitive swimmer spends thousands of hours in the pool each year.   During training, the most decorated Olympian of all, swimmer Michael Phelps, would work out for five hours a day six days a week, while consuming around 12,000 calories a day to fuel that punishing schedule.

And why do athletes subject themselves to such an ordeal? To be the best that they can be, to develop their God-given abilities to their individual perfection, and, of course, for the possibility of realizing a dream to be an “Olympian”; to be permanently recognized as a top athlete and to proudly represent one’s country, family, friends and loved ones.

Pope John Paul II (now Saint JPII), who was an avid athlete himself, underscores the vital role that sports can play in the development of character and personal integrity, and, therefore, good citizenship:

“Athletic competition develops some of the noblest qualities and talents in people. Sports contribute to the love of life, teaches sacrifice, respect, and responsibility, leading to the full development of every human person. They must learn the secret of their own bodies, their strengths and weaknesses, their struggles, and breaking points. They must develop the capacity to concentrate and the habit of self-discipline through long hours of exercise and fatigue as they learn to take account of their own strength. Sports, in fact, can make an effective contribution to peaceful understanding between peoples and to establishing the new civilization of love.”

That is why these Olympic Trials are yet another clear reminder of the importance of keeping politics and grievance out of sports and athletics.  The Trials, and the Olympics themselves, provide millions of Americans with an emotional and visceral reminder of our civic identity, which we share, and which connects us as citizens to the athletes, but also to one another.  Such athletic events instantly cut across all racial, ethnic, and socioeconomic lines and bond us together as reflected by our National Motto, E pluribus unum — out of many, one.

Finally, in addition to filling our hearts with civic pride, our brilliant American Olympic athletes also remind us of the words of our Pledge of Allegiance, that we are “one nation under God, indivisible, with liberty and justice for all.”

I think we also see reflected in such talented, disciplined, and hard-working athletes the very best of the characteristics that make us American.  Let’s keep it that way.