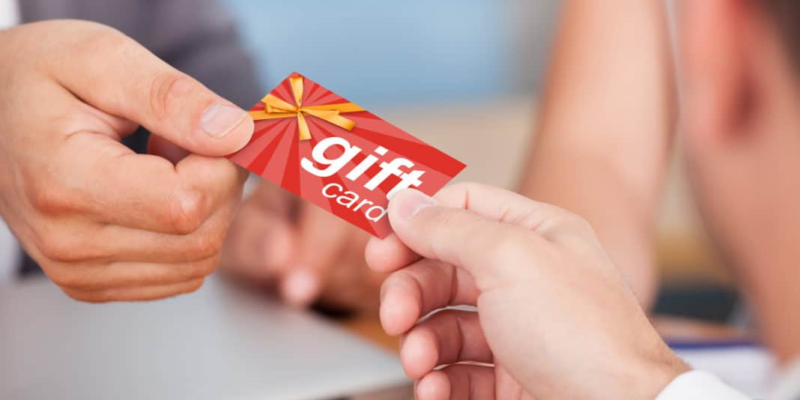 Ever wonder how the Left is seemingly and constantly able to draw out so many more “community participants” than conservatives for rallies, protests, and various indoctrination efforts?

An open records request shared on Twitter sheds some light on how that may happen in many cases. In this case, the practice of using untraceable gift cards to use taxpayer funds to pay participants to attend “anti-racism,” Critical Race Theory-driven trainings is clearly laid out in a series of obtained emails.

Also according to the records, it happened at least once before during “Reimagining Public Safety” community gatherings.

According to the open records relayed by Twitter account @JohnnyK2001 (see screenshots below), the city of Austin’s Farah Muscadin, director of the city’s Police Oversight office, requested $55,000 in gift cards from the city’s purchasing office (check that: she called it a “need”).

Brandon Carr of the procurements office wrote back via email, questioning the expenditure and noting that it could “create a slippery slope if we start trying to pay people to participate in public meetings.” Carr seemed amendable to using gift cards as a means to reimburse those without much in the way of finances, physical ability, or transportation, but firmly noted the prohibition on gifting public funds in the Texas Constitution. He said the city must receive a service of equal value in exchange from the person paid.

“I recall a $50 gift card that the Equity Office wanted to give to participants in the Reimagining Public Safety community sessions,” Carr wrote, according to the Twitter-shared screenshots. “We required them to follow-up with 1-hour surveys and listening sessions so that we could be sure that people receiving gift cards provided actual useful feedback.”

Muscadin replied the gift cards would be used to “compensate” those going through “anti-racism racism [sic] training.” She alluded to a consulting contract the city approved with Joyce James Consulting to lecture members of the Austin Police Department and a limited number of community members.

Muscadin said there would be at least 30 such “sessions” throughout the three-year contract with Joyce James. The “compensation” would be $150 per day for three days each, or $100 for a half-day — a total of $550 per non-police participant.

According to Joyce James Consulting’s mission statement, the firm “support[s] systems and communities in  achieving  their vision for racial equity by providing workshops, technical assistance, and support with a specific focus on systemic rather than individual factors of racism that serve as a critical foundation for beginning the journey towards undoing institutional and structural racism [emphasis ours].” If this is a legitimate effort to address racism in society or another fund-raising effort by “Diversity Inc.” (or both) we’ll leave to the judgment of readers. 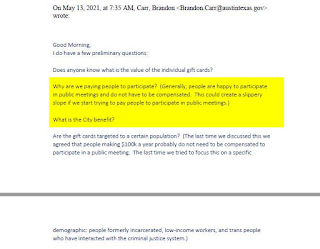 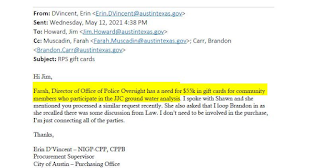 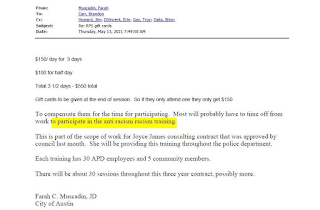 This article originally appeared in The Travis Tracker.
Interested in more news from Texas? We've got you covered! See More Texas News
Previous Article The Coming Veto Session Is Really About Election Integrity
Next Article VIDEO: ANTIFA harasses Austin City Manager at home for not being leftist enough