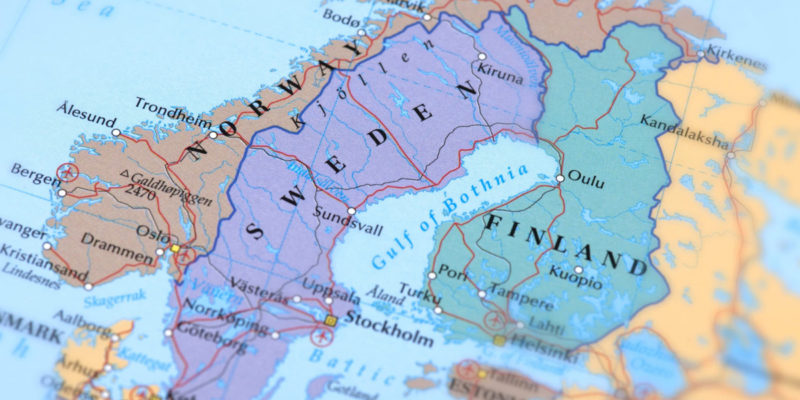 The political left of Democrat Gov. John Bel Edwards often points to the more-taxing, freer-spending, greater-regulated Scandinavian states as worth emulating. In Louisiana, Edwards needs to put his money where his fellow ideologues mouths are by following Scandinavia on Wuhan coronavirus pandemic policy.

Last week, Norway joined Denmark in stripping just about every restriction placed on their societies and economies designed to combat the virus. Over the past 18 months, each varied tremendously in response where at some points they had so few as to emulate almost entirely restriction-less Sweden and then at other times (briefly) clamped down as hard as the current vaccine passport regime in New Orleans. But now just about all restraints are gone, perhaps forever, unless a future huge spike in cases occurs. For its part, Sweden already has announced it will join them in ridding its few at the end of the month.

Health officials in these countries noted higher vaccination rates, such as having at least half of people over age 50 with complete immunization, led them to begin dispensing with restrictions over a month ago. Most notably, Norway’s official in charge in assessing the danger presented by the virus has proposed terming it a as one of several respiratory illnesses with seasonal variation, much like influenza.

That thought needs to be burned into the heads of Edwards and the yes-men mandarins he has positioned to guide the state’s response. Of note, the latest state figures show 58 percent of the 50+ population has had complete vaccination. Even as Scandinavian officials credit the ability to make this transition in their acquiescent and compliant political culture – unlike that of the U.S., although Louisiana has a more deferential public than most states (not quite as much as the upper Midwest who, of course, have significant populations of Scandinavian heritage) – this metric has been met in Louisiana to halt the most drastic intervention, the loathsome vaccine passport idea Edwards has floated to work in state government and which has been implemented on higher education campuses.

As previously noted, not only it is time to understand the nature of this man-enhanced virus and its impact on society correctly as has Norway, in it being endemic and thereby requiring the shedding of policies designed for a pandemic, but it also is well past time for that approach. Liberalism resists this idea because as long as it can pretend a crisis exists, it has greater justification for enlarging government power and spending in its bizarre attempt to permanently increase the control government has over people’s lives.

Edwards must turn his back on that agenda and put science before politics – admittedly against his run of play for the past year-and-a-half. Regardless, he needs to issue an executive order prohibiting any state agency from requiring a passport or proof of recent testing or infection, issuing another to prevent local governments from doing the same, and this week reauthorize his previous proclamations regarding the pandemic only to the extent that health care facilities can require restrictions. Such a course won’t get rid of all of the remainder, as some remain captive to the idiocy of Democrat President Joe Biden, but it would be a much belated start towards sensible policy that doesn’t infringe on individual freedom and avoids needless excess deaths.

Interested in more news from Louisiana? We've got you covered! See More Louisiana News
Previous Article VIDEO: Al Sharpton Shows Up In Del Rio, And It Goes Badly
Next Article ALEXANDER: Don’t Abandon Our Constitution To The Administrative State