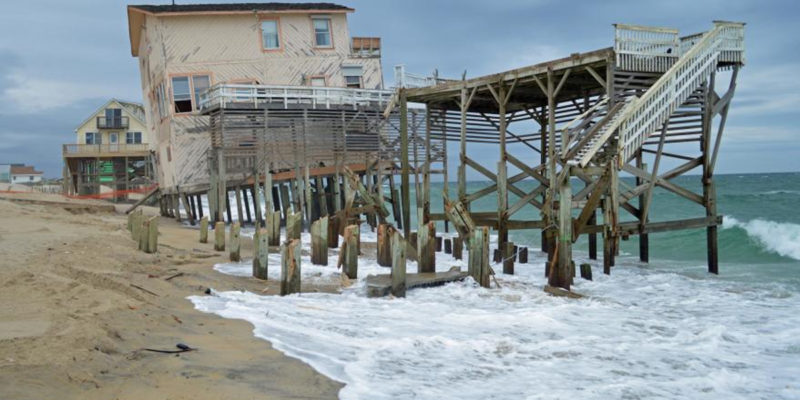 And here’s another trend Louisiana can take advantage of regarding the climate alarmism sweeping the Luddites of the world.

Highlighted recently, Louisiana enjoys an economic comparative advantage in mining cryptocurrency. This opportunity magnified recently when red China, perturbed that the process used so much energy, essentially kicked miners out of the country.

Now another opportunity to reap economic and quality-of-life benefits continues to grow, courtesy of a related development. Elite- and media-driven hype over the most recent United Nations Intergovernmental Panel on Climate Change report – built upon confirmation bias – has ratcheted up fear and panic among the overwhelmingly uninformed public or those of it in denial about the actual science behind climate study. So much among some, in fact, that they despair their current living situations as they envision fires, floods, gales, and possibly hordes of insects as part of their futures promised by their faith in catastrophic anthropogenic global warming.

You have the California couple who took the dramatic step, as a result of wildfires periodically threatening their extensive property – never mind that forest management practices that in recent years discouraged thinning and prescribed burns by far is the most prominent factor in wildfire incidence, not climate change (surface temperatures hardly have changed over the last several decades despite massive increases in carbon dioxide output) – of buying a second home elsewhere! But that didn’t work for another California family who couldn’t hang at their second home because of visions of rising oceans – never mind that sea level rise has proceeded so slowly that it is predicted to rise a half-foot over the next eight decades – so they chucked it all and moved to Massachusetts.

Then there’s the woman who ditched Key West because of flooding fears if she didn’t raise her house several feet – for Seattle of all places that, besides its dysfunctional governance, has about the worst air quality in the world. She’s not alone apparently, as a recent real estate brokerage firm survey revealed that nearly half of Americans who plan to move in the next year say natural disasters and extreme temperatures factored into their decision to relocate.

Oh, the horror! You can pity these fools, but at least in her case doomsday cult thinking benefitted her monetarily. In selling her home, she almost doubled her original buying price of $650,000 a dozen years ago (yes, we obviously are referring extraordinarily privileged folks here, the kind who have the luxury of working themselves into a lather instead of having to concentrate on paying bills). And the reason why she could get this money is because, as it turns out when reviewing the entire population of relocations through another survey, more people are moving into areas facing high risk from climate change than out of them.

Because, unlike those addled over the myth of CAGW, most people use their heads when making a big life decision. And, as it is, the large majority of counties allegedly at risk for climate change according to the firm (which has bought into the myth) are in states whose more conservative governance has made them lower cost and more attractive, explaining why they have led the nation in population gains over the past decade while states enthralled in liberalism have seen reduced economic and population growth.

And these gains even include Louisiana, which slowly has begun to shed its liberal populism of its past (despite the efforts of its obstructor-in-chief). Although the state didn’t keep pace with most in population growth since 2010, what growth did occur happened in the particularly storm-prone parishes of the state’s southern part that has seen a rise in local conservative governance everywhere except in government-plagued East Baton Rouge (although that might reverse when St. George comes on line) and in dysfunctional Orleans.

So, let the Chicken Littles of Louisiana flee to socialist paradises. Meanwhile, the state should aggressively market its relatively low housing prices, in part because of its extraordinarily inexpensive energy prices, also a worthy item to publicize, even as it is one of the highest-consuming states in the nation. And one of the highest-producing as well, with hardly any of it coming from renewables, leaving one of the highest carbon footprints among the states and also explaining the lower prices that give it its comparative advantage.

Facts always overcome ideology. Louisiana must continue to resist joining in CAGW worship to kickstart it towards improved economic and population growth.

Interested in more news from Louisiana? We've got you covered! See More Louisiana News
Previous Article This Is What Bill Tate Has Already Done To LSU
Next Article RUSOVICH: Biden’s Now Turning His Destructive Attention To Your Wallet