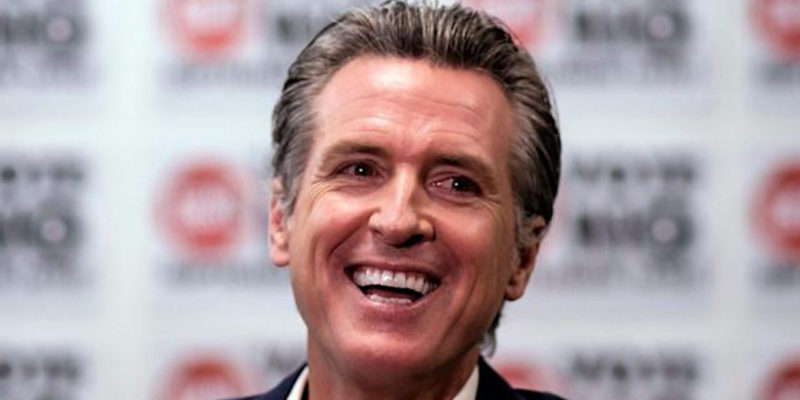 We’re not opponents of recall elections here at The Hayride. In fact, we think of a recall campaign as something akin to the space program, in that it spits out lots of benefits you might not even have considered when you began that campaign. A recall campaign is one of the most highly-focused, richest data mining opportunities a political party or movement can have, for example; when somebody signs a recall petition against a given politician, you now have it as a matter of public record that he or she opposes that politician, and that’s better data than what party they’re a member of.

There are hundreds of thousands of Democrats who signed the recall petition against Gavin Newsom in California. If you’re a Republican running for state representative, Congress, some county position or what have you, those people are now identified as your potential voters and without the recall, you’d never know they were persuadable.

And winning elections, particularly at the lower levels of public office, is all about turning out the people you know will support you. Having the best list possible of who those people are means you just send campaign workers out to make sure you get the vote out from that list, and as often as not it’s all done.

We’re good with recall campaigns, even in the knowledge that it’s almost impossible to make them stick. A recall campaign dirties up its target and forces him to waste money from his campaign war chest, it forever taints him as “embattled” or “controversial” and it provides the aforementioned benefits as to campaign data and even fundraising opportunities.

But not everything about a recall, particularly one which doesn’t hit home, is positive. In California, and in other states governed by Democrats, there are consequences less related to recalls and more related to the nature of that party these days which won’t be good.

Today’s Democrat Party is essentially like a shark. It can’t swim backwards. It goes forward or it dies.

And such a political animal can’t recognize that there is danger behind the fact the recall effort went as far as it did. Instead it sees what it wants to see. It sees validation.

Here’s a memo the DNC put out this morning after Newsom survived the recall effort by a large margin.

Last night, California Governor Gavin Newsom overwhelmingly defeated Republicans’ attempt to recall him in a race that became a “referendum on pandemic management.”

This result was a win for the bold agenda put forth by President Biden, Governor Newsom, and Democrats in Congress to crush the pandemic, get the country back on track, and build our economy back better.

President Biden’s and Governor Newsom’s handling of the pandemic is popular with voters:

Voters rejected Republicans’ reckless policies that would prolong the pandemic:

Republicans’ failed leadership on COVID-19 is a key issue in races around the country:

The bottom line: Defeating the COVID-19 pandemic and getting the economy back on track remains voters’ number one priority, and Republicans’ failure to address it remains a major vulnerability headed into the 2021 and 2022 elections.

In other words, “the beatings will continue until morale improves, because you people just told us you want the beatings.”

That this is entirely the wrong signal is immaterial. Because remember, the shark cannot swim backwards.

Certainly, you can blame California’s voters for giving us this. California has the worst voters in America, and has had them for decades.

The recall effort came off the rails when Newsom’s people and the Democrat establishment in that state were able to paint the race as Newsom vs. Larry Elder. Elder is a great conservative, and just a partial term of him at the helm in Sacramento would have been a much-needed breath of freedom which might have given people there a new perspective on how the world can work. Elder wouldn’t have been able to be a particularly effective governor, given the one-party dominance in the state legislature, but through executive orders and other measures he could have opened a few cracks in the wall.

But the reason California is run by a fascist megalomaniac hypocrite like Gavin Newsom is that a Larry Elder can’t get to 50 percent there. Elder can’t beat Newsom, and everybody always knew that.

Only Newsom could beat Newsom. The race had to be a referendum on him.

The DNC’s memo is a lie. The Newsom camp didn’t run on COVID lockdowns forever, they ran on Larry Elder being the black face of white supremacy. They made Elder a stand-in for Trump, and it was enough to scare their voters back into the fold.

And then, after running that campaign, they flipped it around and are claiming a voter mandate for COVID lockdowns forever.

We’ve been saying, particularly at The Speakeasy (and if you haven’t joined, what are you waiting for?), that what the Democrats desperately want is to turn this country into Australia, and to pursue the completely unreachable COVID Zero goal. Not because they care about anybody’s health, mind you; they’ve assailed every treatment for the virus that has popped up on the radar and they’re actively importing COVID through the southern border to keep the issue out there.

They’re going to pursue COVID Zero because it’s a path to unlimited political power. It gives them a way to bring about this Great Reset they’re pleasuring themselves over the possibility of.

They’re going to take Newsom’s win in the California recall race as a green light for more lockdowns, and you shouldn’t be surprised in the least if Democrat governors and that crew of troglodytes in the White House aren’t experimenting with quarantine camps, double-mask requirements, extreme vaccine-passport measures and worse. Your options will be to put up with it or to resist, and you’d better be prepared to get involved in advance of the next election cycle; it’s going to be the only sure way to reclaim your freedom, and only then if the results are demonstrative enough.

If you’re a football fan, you might want to make your way to a stadium this weekend. It might be your last opportunity for a while.