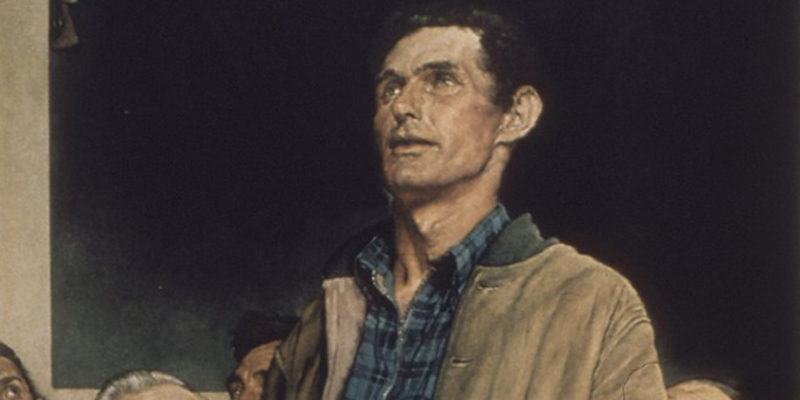 There’s an old saying, ‘there’s no rest for the wicked’, and it is for that reason that the good must be indefatigable. While I had retired my penmanship, I find myself once again pulled back into the political realm. I don’t write because I want to. I don’t have the time, I don’t care for the recognition, and I am certainly not doing this for the money. I write because I’m obligated to do so. I write because I must.

After the Constitution Convention, a reporter asked Benjamin Franklin “What have you wrought?” To which Franklin responded “A republic, if you can keep it.”. You can ignore politics, but politics won’t ignore you. You can choose to participate in the process, or you can wait for government to choose for you how you will participate. Sooner or later, it will suck you in.

My first political act wasn’t one of my fantastic orations that I proudly spew to the audience of 1 while washing the shampoo out of my hair in the morning. It was far more miniscule. My first act was to hesitantly go into then congressman Wayne Allard’s local office and express a view that I had on an issue. To be honest, being raised a Democrat with all my friends also a Democrat, I was nervous. When his assistant asked for my name, I was so distrustful of a Republican that I refused to give it. After all, he was a Republican and they were evil, or so I thought at the time. But before I knew it, I was more involved in politics, welcomed with open arms. Back then, I took a step forward into the unknown, at least for me it was an unknown world.

We often think that politics is for the rich, that you must have money to be involved in the process. I’d say nothing can be further from the truth, but the truth is, politicians need money. They won’t get elected without it. But equally true is a volunteer force. Every candidate needs a team of volunteers around them. The bigger the volunteer force, the better their chances of winning are.

Regardless of your views, silence is approval. Whether you like or dislike the state of the nation, your inaction is approval of the current situation. A simple act of voting a blank ballot on election day is in itself, a strong political act. If you are a Democrat and don’t want to vote for Biden, but can’t stomach voting Republican, you can still vote and leave the Presidential ticket blank, or vote for third party. Or vice versa. You don’t have to vote on every single thing on the ballot. You can leave some things blank. On issues you don’t know anything about, leave it blank. Voting in person ensures that your vote was not mailed in by somebody else, or that your mail in ballot wasn’t discarded on the way in.

All parties and candidates need volunteers. Whether, Democrat, Libertarian, or Republican, volunteers are needed. It’s not glamorous, but those are jobs that need to be done. There’s phone-banking, envelope-stuffing, canvassing, sign-waving. It’s not fun, but you get to meet people. If you don’t like the people who represent you, then get up and help somebody you do like. It isn’t just the Presidential elections that matter. If you don’t like the condition of the roads, get involved with your city council. If you don’t like the direction the schools are going, get involved in the school board meetings. Don’t worry about the threats by Merrick Garland, there’s over 330 million Americans, if half of them stand up, the ruling class has to listen. On state issues, get involved in your local Senator and Representative, do you know who they are?

If your concerned about election integrity, become a poll watcher. Reach out to the Secretary of State. I’ve done it, and it’s a boring task, but a very important task.

Get involved in party politics. If you’re a Republican, get involved with your local Republican party, same for Democrats. If you don’t like either party, try the Libertarian party. If you’re a socialist, go live in a socialist country like Cuba for a year, then come back and tell us how wonderful it is. Trade places with a Cuban dissident so they can see how awful capitalism is, I’m sure they’ll appreciate it. Try getting involved on the local level, it’s easiest. Go to your Parish or County party  and attend their meetings. You don’t have to do a lot, in fact, don’t try to do everything, find your niche. For me, that’s unfortunately writing. If you like to write, start your own blog, or make a submission to the Hayride. Fair warning, when you put your writings out there you will be criticized, but it’s ok, there will be a lot of people who agree with you as well.

Your country needs you, either through your free will  and on your terms now, or by the will of your government dictating those terms later.