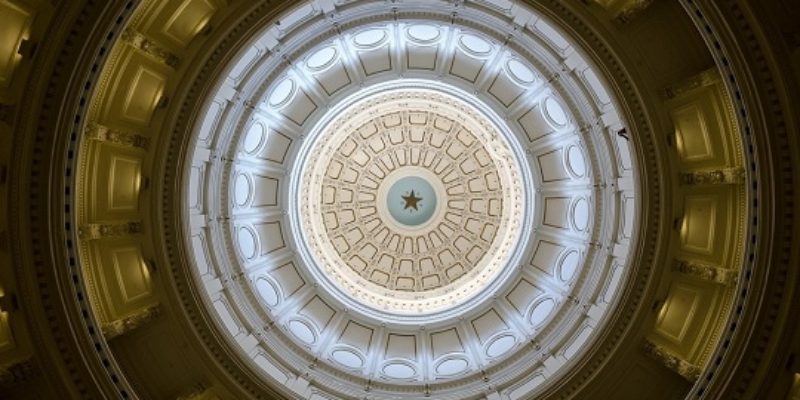 Early voting begins 7 a.m. Monday, Oct. 18, in the 2021 Texas Constitutional Amendment and Local Election. While there is plenty to be concerned with on ballots across the Lone Star State (notably Austin’s Prop. A to restore police funding and reform law enforcement), the eight propositions to amend the Texas Constitution should not be overlooked. Most are issues of consistency with existing state law, while a few should raise eyebrows.

Below are the recommendations suggested by Austin-area conservative blog The Travis Tracker. As always, let us know in the comments if you have any additional info or differing opinions.

Proposition 1 – Pro rodeo raffles. For. While the legislature should never pick winners and losers in the private sector and among certain types of non-profit charities, other major sports are already allowed by existing state law to engage in this form of gambling. This, therefore, is an issue of institutional fairness rather than gambling expansion.

Proposition 2 – “Blight fight.” Against. Several conservative groups have strongly come out against questionable ballot language and some even filed suit. This amendment, if passed, could be a blank check for county governments (and unelected boards if an area is classified as “TRZ” under a 2007 law) to raise local debt for economic development purposes. This power is already overbroad due in part to 2005’s Kelo v New London decision by the U.S. Supreme Court. One need look no further than El Paso to see the disastrous effect of post-Kelo efforts to stop “urban blight.” One need only look at their toll bill to form an opinion about unelected governments controlling transportation “infrastructure.”

Proposition 3 – Worship services protection. For. Government responses to COVID-19 have become a patchwork of differing and sometimes conflicting regulations and phased-in mandates. In some localities, such as Austin, airport skylounges were allowed to stay open at reduced capacity while church buildings were expected to close entirely. While Gov. Greg Abbott wisely put a stop to this insanity, it should not take an executive order to protect the freedom to gather for worship purposes. And when it comes to stopping the spread of COVID, keep in mind that many of the faithful chose to meet “off the grid” while their religious buildings were locked — often in homes and other tight quarters in which germs and viruses are more easily spread. Allowing them to meet in larger quarters may actually slow the spread, especially as religious adherents are among the more socially responsible.

Proposition 4 – Length of service requirement for appellate justices. Against. This doubles the length of time already required for district judges and requires appeals court judges to have practiced law for an entire decade. There are already sufficient requirements in place, on top of the fact that many of the positions are elected or subject to the scrutiny of appointment processes. In short: Quantity of years served does not necessarily equal quality on the bench. Furthermore, this amendment would discriminate against younger judicial candidates as well as elderly contenders who are newly licensed with a lifetime of experience in other fields but an uncertain number of vital years left.

Proposition 5 – Closing the judicial candidate loophole. For. While we would generally oppose giving a state bureaucracy (in this case, the State Commission on Judicial Conduct, or SCJC) power to potentially influence an election by disciplining candidates, we believe this amendment would protect the objectivity of the judicial branch — or is at least a good-faith effort to do so. This amendment attempts to close a loophole that allows judicial candidates to comment or otherwise affect the outcome of an a case in progress, whereas sitting judges are expected to remain neutral. This would, in theory, level the playing field between challengers and incumbent judges.

Proposition 6 – Essential caregiver rights. For. Due to COVID-19 concerns, many nursing homes and assisted living facilities completely closed to anyone except residents, employees, and visiting government officials. The effects of these decisions have been largely detrimental to the elderly — too many of whom died while separated from their loved ones. Although we would generally favor allowing private enterprise to make their own decisions to safeguard their facilities as they see fit, allowing a single caregiver to have full access to a resident is a fair compromise between business freedom and civil rights. The legislature will have power to fine-tune the guidelines for who qualifies as an essential caregiver if there are any unforeseen issues.

Proposition 7 – Surviving spouse school tax freeze. For. A 2019 law allowed for “freezing” the amount of ISD property taxes due by those 65 and older for their homestead, but did not continue that freeze for a widow or widower. This amendment does just that, and drops the age to 55 in case the surviving spouse is younger. Yes, it’s that simple. Plus, it would allow local school boards to reimburse surviving spouses for the 2020 and 2021 tax years if the freeze was discontinued for the homestead.

Proposition 8 – Killed-in-action property tax waiver expansion. For. Existing law already allows for the surviving spouses of U.S. military members “killed in action” (KIA) to have their property taxes completely or partially waived so long as they do not re-marry. The problem is, not all those who die of service-related fatalities die on the battlefield. Some die later as the result of complications incurred while serving in action. Some die far away from any combat zone. This amendment would expand the KIA requirement to “killed or fatally injured in the line of duty.” We have some social concerns that this may provide an incentive for surviving spouses to refrain from marriage to a future partner for the sake of preserving a tax break, but the law already exists, and for a relatively small number of surviving spouses. According to the Texas Legislative Organization, federal data indicates that 10 or fewer surviving spouses in Texas would even qualify under this expansion; therefore any widespread cultural impact is negligible. On a fiscally conservative note, we generally oppose tax breaks for certain working-age persons believing strongly that tax breaks should be applied to all taxpayers; but again the KIA surviving spouse tax break is already on the books.

____
For more detailed analyses of each proposal and summaries, see the Texas Legislative Organization’s report at: https://tlc.texas.gov/docs/amendments/analyses21_condensed.pdf