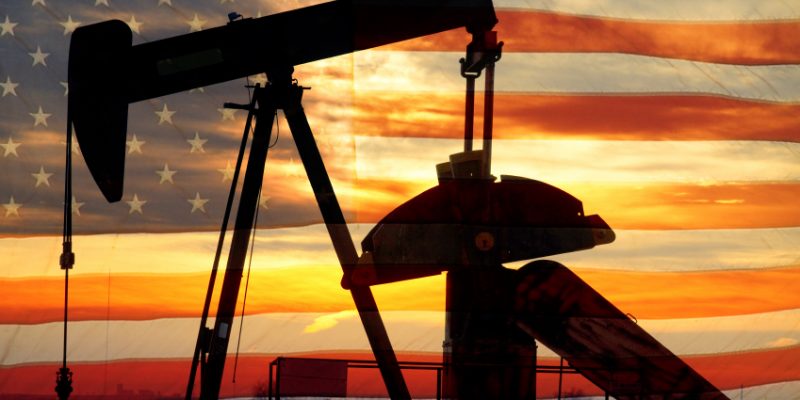 The Biden administration has been a disaster in every regard. This is one reason why poll numbers for President Joe Biden keep falling. He is now languishing at an embarrassing approval rating of only 38%. He isn’t funny, and we aren’t laughing at him. We can’t afford to.

Americans do not like what President Biden has delivered in his first ten months in office. The results have been catastrophic and include an open southern border with millions of people from dozens of nations streaming into our country. Biden has also delivered a military withdrawal debacle in Afghanistan that left behind hundreds of American citizens.

In the last ten months, Americans have witnessed rampant crime in our cities, empty store shelves, and supply chain worries. The Department of Justice is intimidating parents and radical leftist propaganda is masquerading as curriculum in our classrooms.

Americans are also not fond of a President mandating COVID-19 vaccines or weekly testing for workforces of businesses with more than one hundred employees. Fortunately, the U.S. Fifth Circuit Court of Appeals temporarily stopped this unconstitutional presidential order, The judges found “grave statutory and constitutional issues” with the Biden administration’s vaccine rules developed by the Occupational Safety and Health Administration (OSHA).

If enacted, the rules will start on January 4, 2022, and will impact eighty-four million Americans. Of course, this legal fight will continue as U.S. Justice Department spokesperson Anthony Coley claimed “The OSHA emergency temporary standard is a critical tool to keep America’s workplaces safe as we fight our way out of this pandemic. The Justice Department will vigorously defend this rule in court.”

As the legality of the vaccine policies of the Biden administration are determined in court, the President’s troubling economic agenda is already making an extremely negative impact on Americans. Of all the problems caused by this administration, the worst is the economic hardship it is creating for Americans. There’s nothing funny about that.

In the third quarter of 2021, our economy grew by an anemic rate of 2%, according to the Commerce Department. This slow growth of the country’s Gross Domestic Product was due to a sharp decrease in consumer spending.

While the October jobs announcement was positive, corresponding as it did with the end of the federal government’s catastrophic COVID checks encouraging people to stay home, there are still millions of Americans no longer in the workforce. The wages of those people who are working are not keeping up with the surging inflation rate, so, in real purchasing power, Americans are falling further behind economically.

Over the last 20 months, this pandemic has been a financial catastrophe for millions of American families. For struggling Americans, it is impossible to regain their economic standing with prices skyrocketing.

The inflation rate is at its highest point in thirteen years. As Americans fully understand, prices for groceries, home improvement products and other essential items are steadily rising, but nothing has climbed as fast as the price of gasoline.

The surging gasoline prices impact an incredible number of our industries, especially those involved in transportation, such as trucking. The increased prices also are a burden for Americans who commute to work and retirees on a fixed income who like to travel. Sadly, this Thanksgiving will be the most expensive one in history for not only the surging food prices, but also due to increased travel costs for Americans who drive to visit family members and must pay for the higher gasoline prices.

The mounting fuel costs involve more than just gasoline. Americans trying to stay warm this winter will face escalating prices for propane, home heating oil and natural gas. These costs will be at least 30% or more higher than last year.

All these new burdens are due to the reckless energy policies of the Biden administration. On his first day in office, President Biden halted construction of the Keystone XL pipeline. This project would have transported 800,000 barrels of oil daily from Canada to our refineries.

Biden also ended all federal subsidies for the fossil fuel industry and placed a moratorium on federal drilling. He also suspended all drilling in the vast Arctic National Wildlife Refuge, which contains eleven billion barrels of oil, according to estimates.

All these actions have negative economic consequences for Americans. When Bloomberg TV host Bloomberg host Tom Keene asked U.S. Energy Secretary Jennifer Granholm, “What is the Granholm plan to increase oil production in America?” She responded by laughing, as though this disastrous situation was funny, and claiming, “that is hilarious.”

When asked about these issues on CNN’s State of the Union program, Granholm admitted that energy costs will be “more expensive this year than last year.” She also claimed that “Every president is frustrated because they can’t control the price of gasoline. OPEC is unfortunately controlling the agenda.”

Of course, in the Trump administration, OPEC did not control “the agenda.” Sadly, with President Biden, both OPEC and left-wing environmentalists control the “agenda.”

Under President Donald Trump, America was energy independent for the first time in decades. In this administration, the situation changed so dramatically that President Biden begged Russia and the Organization of the Petroleum Exporting Countries (OPEC) to increase their oil production. Not surprisingly, these countries rejected Biden’s pleas and will keep to their scheduled production for the month of December. Biden’s failed oil diplomacy might be funny, if the effects were happening to someone else instead of the American people.

Biden is committed to taking “action” on climate change, which is why he attended the recent U.N. climate change conference in Scotland. He reestablished the United States as a participant in the Paris Climate Accords. He also hired former U.S. Senator John Kerry to fill the role of the U.S. Special Presidential Envoy for Climate, a position created by Biden. In addition, he is converting the entire government automobile fleet to electric power.

Rising gasoline prices are no laughing matter to the American people. Misery isn’t funny. Granholm and Biden need a wake-up call. It seems they have not received the message. Let it just serve as another motivation to vote in the 2022 midterm elections.