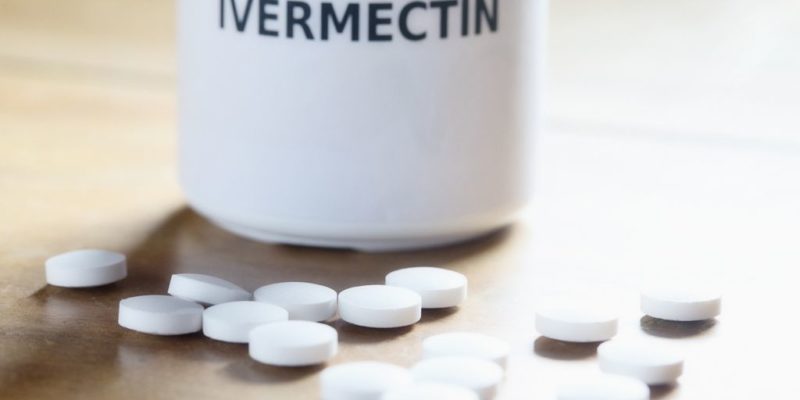 “I’m on a mission to save my husband’s life.”

That quote alone, from a recent NBC 5 news story in the Dallas-Fort Worth area, gets to the heart of why a wife and mother of a family of seven is determined to stand against the entire medical establishment while pushing for a potentially life-saving treatment.

Saving her husband’s life, according to Erin Jones, goes well beyond the legal battle, the online terms of service denial, hospital red tape, and media  skepticism that her family has endured working night and day for access to Ivermectin.

Jason Jones, the sole breadwinner for his family of seven, is a fighter. He has served the public for 28 years in law enforcement and is currently a Tarrant County Deputy Sheriff on leave.

Fortunately for Jason, his family are also fighters. Once Jason beats COVID, there will be mountains of medical expenses, rehabilitation facility costs, income lost during recovery time away from work, and now mounting legal fees as his case makes its way through the appeals process.

The family raised $36,000 via GoFundMe before it was removed from the popular crowdfunding platform. The new fundraiser page, at Christian crowdfunding site GiveSendGo.com, has raised $77,000 of the family’s $100,000 goal as they consider whether to appeal to the next level.

The legal struggle, in what could become a landmark case, began after months of unsuccessful approaches to helping Jason kick COVID. The family decided to give the drug Ivermectin a try. Ivermectin, mostly known as a livestock de-wormer in the U.S. but a legal remedy in many countries and recommended in three nations, is becoming an increasingly popular alternative treatment worldwide. It is already a common treatment for rheumatoid arthritis in humans. Yet it is feared by the medical establishment in the U.S. for treating COVID. Texas Health Huguely Hospital, a 291-bed facility south of Fort Worth where Jason is staying in a medically induced coma, is denying the family permission to bring in a physician willing to prescribe the drug.

Bowden claims she has successfully treated around 2,000 COVID-19 patients using Ivermectin according to the Fort Worth Star-Telegram, although the drug has not been approved by U.S. health gatekeepers for treating coronavirus symptoms. It’s a bold stance for Bowden, who was suspended from Houston Methodist Hospital on Nov. 12 over allegedly spreading COVID-19 misinformation. She resigned the following Monday.

Erin Jones said in her initial lawsuit filing that her husband requested Ivermectin prior to being put on a ventilator machine. According to an appeal, Huguley Hospital administrators argued such a prescription would be inappropriate given its current status with the FDA and among medical association boards.

Chief Justice Bonnie Sudderth wrote in the majority opinion of the Second Court of Appeals of another hurdle: “We can give the Joneses our sympathies and prayers, but not an injunction, because the law simply does not permit us to do so.” In other words, the court stated it cannot force the hospital’s hand — even if Jason Jones cannot move his own.

“Mr. Jones is not a vassal of the hospital and the protocols it imposes on its doctors,” countered Jones family attorney Jerri Lynn Ward in a statement via the Dallas Morning News. “He is confined in a hospital, being denied his right to exercise patient autonomy, including his right to choose a treatment that his other physician is willing to make available. We respectfully disagree with the Court of Appeals and are particularly concerned that its ruling was based on matters never raised by the Appellate in its brief.”

The next stop for legal action would be the Texas Supreme Court, the state’s highest civil court.

From the hip: The mainstream press, while giving this the attention it deserves, is asking all the wrong questions so far. While the coverage has been thorough on the medical end, most write-ups appear more like flyers for the World Health Organization or the Centers for Disease Control.

Here are a few we would suggest:

Unfortunately for Jason Jones, he may not have as many days left as questions that remain regarding Ivermectin. It’s time for answers.