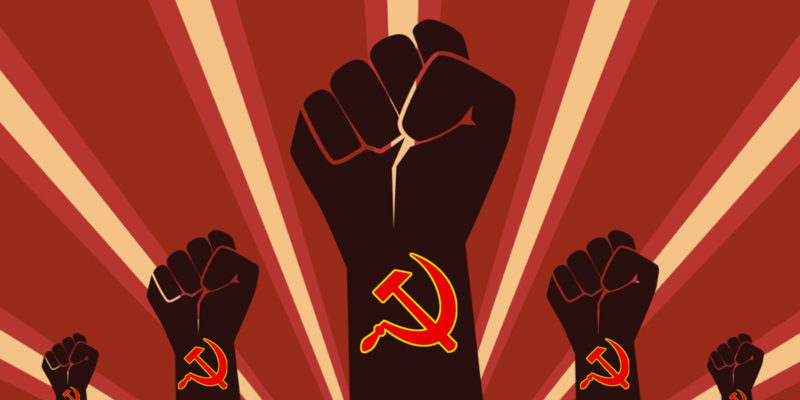 One of the things that I became aware of a while back is that the Democrat party derives its power by teaching people to fail. If we’re to believe the narrative that the Republicans are for the rich, and Democrats are for the poor, then don’t the Democrats benefit when the majority of people are poor? Won’t the Republicans need the majority of people to be well off?

Either this, or it gets a whole lot more complicated than the rich/poor construct we’re supposed to believe. But for the purposes of this essay, we’re going to stick with the conventional wisdom, such as it is.

It is this oppressor/oppressed Marxist principle which motivates Democrats and it goes into all things from race, gender, sexuality, financial status, the judicial system. Everything is to convince you that you can not succeed for reasons beyond your control. Once you believe that you can’t succeed because outside forces are preventing you from succeeding, then you begin to surrender. Even if you don’t surrender, believing in the oppressor/oppressed binary affects your attitude and creates a self-fulfilling prophecy. The reality is, most people are busy living their own lives and worried about their families and their own futures to care about what’s keeping them down. What they really care about, politically speaking, is whether or not these supposed leaders contribute to the betterment of their lives.

Think about this: do you really care about the racial make-up of your favorite team? Would you rather your local team representing the racial make-up of your city, or do you want the players who are going to do the most to help your team win? Business works exactly like that, at the end of the day; if you do your job, your co-workers will generally like you. If you don’t do your job, your co-workers won’t like you. The best and worst manager I worked for were both women. The first cared about business and expected her employees to do their job. The second cared more about being a woman and male employees had a sense of being second-class and inferior.

When you are about business, you well represent yourself and everything you are. When you prioritize other things over business, you tend to create a division between other people and yourself, causing people to not want to work with you. Most people act like adults and adults understand that your failure to do your job affects their ability to succeed. This is where the Democrat playbook comes in, telling people to be about their race, to be about their gender, to be about everything else. To create divisions in the workplace so that people won’t want to work around those divisive people and creating their self-fulfilling prophecy. They fail and then tell themselves it’s because of their race, gender, or other individual traits when the reality is, they failed because they wanted to be about individual traits and not be a team player.

Think of the Democrat Party as that clown in your office who stands around the watercooler haranguing everybody else about how stupid the boss is and proclaiming he’d do a better job.

There were two judicial cases that were in the national news over the last couple of weeks, Rittenhouse and Arbery. While the cases were with very different outcomes, both cases dealt a blow to the Democrat narrative. Democrats wish for a society in which they can create a lynch mob and harass whoever they want and call it a “mostly peaceful protest.” Both verdicts reiterated they don’t have that right. The people, by way of jury, spoke. In the Rittenhouse case it was re-affirmed that an individual has the right to self defense when faced with a lynch mob acting outside the law. In the Arbery case, the lynch mob does not have a right to hunt down an individual it deemed criminal. Both Arbery and Rittenhouse had a right to self defense, in Arbery’s case, he failed to successfully do so and was murdered.

Democrats and their accomplices in the media pushed the narrative that these cases served as proof that systemic racism existed, and those who wanted to believe that narrative got to see what they wanted. They got to believe that no matter what they do, the system works against them and the only alternative for them is to wave the surrender flag, fail, and become dependent on the very people who run that system to fix it.

For the rest of America, those two trials proved that most adults can still differentiate between what is right and what is wrong. That most people really don’t care about your race, your gender, your sexuality, your politics, or any other individual trait. What they actually care about is your character. They care about what’s right. They care about living in a peaceful and fruitful world.