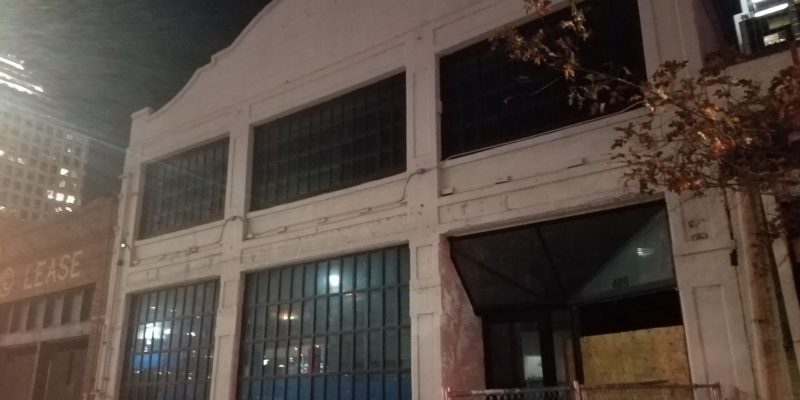 In ever changing Austin Texas, its cultural icons have been relegated to history.  Whether it’s been the Armadillo World Headquarters, Liberty Lunch, or Threadgills, each of these historic venues have fallen to the wrecking ball due to Austin’s ever rising cost of real-estate.  Sadly the site of the historic Original Alamo Drafthouse is no exception.
.
That building at 409 Colorado Street was converted from a parking garage into a single screen movie theatre in 1997 by Tim and Karrie League.  While not the Leagues’ first theatre, it was their first successful one.  The Original Alamo Drafthouse was originally opened as a second run theatre that served world class food as well as alcoholic beverages for less that the cost of traditional concessions at other theatres.  The theatre pioneered regular themed events as well as policies such as being being kicked out for talking  which quickly allowed it to became an cultural icon. 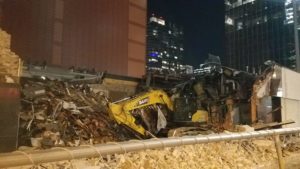 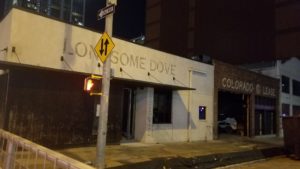 .
The success of the Original Alamo allowed the Leagues to open two new locations, South Lamar and Village in the early 2000s.  Those theatres were of a more modern configuration and the first locations to show first run titles.  They however lacked the charm of 409 Colorado which during it’s decade long run stayed true to its art-house roots.  In fact going to shows at the Original Alamo Drafthouse was a right-of-passage for film students at the University of Texas at Austin as well as independent filmmakers alike.  The Original Alamo Drafthouse was also utilized by various film festivals including SXSW which recently was purchased by Variety owners Penske Media Corporation.

.
However due to rising rent prices, The Leagues were forced to close 409 Colorado in 2007.  While the Leagues at the time were not allowed to open new locations of the Alamo Drafthouse due to selling the rights to the chain that took years of legal wrangling to resolve and allow the Leagues to regain control of the company,  during that period between 2004 and 2010 The Leagues however were allowed to keep their original three central Austin locations and move the “Downtown” location to a different venue, that being the Ritz Theatre which served as the flagship location for the chain until 2020 when it was forced to close, first temporarily, then permanently in 2021 due to the COVID induced bankruptcy of the theatre chain.

.
While the Ritz Theatre enjoys historical landmark status and will eventually be repurposed as another entertainment venue, The century old  409 Colorado was not as lucky.  After the Alamo Drafthouse’s decade long run at the location, the building was rented out to various nightclubs and then finally as a technology office for Walmart of all companies.  The Developer for Walmart now in retrospect ironically stated that historic buildings in Austin are getting rare and they specifically chose 409 Colorado over a new highrise because of that.    Due to the City of Austin zoning change allowing higher density construction on property, nearly the entire city block has been sold to Stonelake Capital Partners  which is in the process of demolishing all the building to construct a 47 story commercial and residential building.

.
It’s sad to think such an historic site has been reduced to dust in the wind for yet another highrise, but that seems to the marching beat of progress.  An old joke in Texas is that Houston can’t seem to demolish it’s past quick enough.   Austin however is telling Houston to hold its beer and seems to be demolishing it’s history without even mourning it.  There was no ceremony in 2022 honoring the site or even a blip on the radar acknowledging its historical significance.  This site, the birthplace of the Alamo Drafthouse Cinemas, which not only has spawned many copycat theatre chains, but also influenced the legacy chains such as such as AMC to go out not with a bang but a whimper since the closing party of 2007 seems like a tragedy.  Thus seems to be the growing trend of this generation, the failure to honor our history.
.
In the end someone has to raise a glass to 409 Colorado.  Tim and Karrie League built something special at that site.  It’s legacy lives on in the Alamo Drafthouse Cinema chain.  However there is the old expression, imitated but never duplicated.  That 10 year period between 1997 and 2007 should be cherished and those that were fortunate to see a movie at that venue should feel lucky they had a chance to enjoy the experience of “Old Austin” because unfortunately, its never going to come back.  What should have been preserved as an historic landmark, is now only going to live on in the history books and the memories of those that had a chance to attend it.
Interested in more news from Texas? We've got you covered! See More Texas News
Previous Article Why Is Raymond Arroyo Somehow Unacceptable As Endymion’s Grand Marshal?
Next Article I’m Offended By That New Statue In Lee Circle. Take It Down.