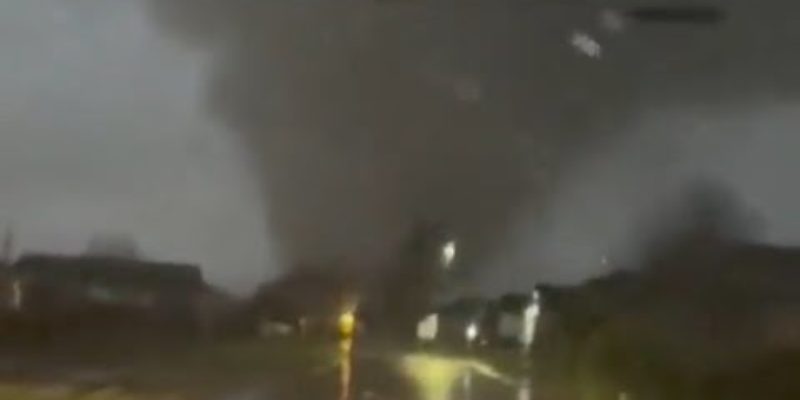 I’ll confess that yesterday, when the EMS messages started blaring on TV while a brief thunderstorm was doing its business over my house, I was shaking my head in irritation. “They always do this,” I muttered, “and it’s a big, fat, nothing.”

But the storm system that blew through Louisiana yesterday afternoon and evening, while offering unimpressive results in Baton Rouge, definitely packed a punch elsewhere. It spawned a gigantic tornado which cut a swath through the West Bank and the eastern side of New Orleans, ultimately doing a good deal of damage in St. Bernard Parish as well.

We have video, and it’s fairly dramatic.

A bit of damage assessment this morning from WWL-TV…

New Orleans’ mayor LaToya Cantrell said that there were no reports of injuries from this monster blowing through the Lower 9th Ward and parts of New Orleans East, but St. Bernard Parish President Guy McInnis had worse news. He said there were multiple injuries and one death from the tornado plowing through Arabi.

New Orleans television stations broadcast live images of the storm as it barreled across the metropolitan area. In the aftermath, rescue workers were searching through Arabi, just east of the city’s Lower 9th Ward, where St. Bernard Parish President Guy McInnis said the tornado caused significant damage in an area wrecked by Katrina.

Many residents also suffered damage just last year when Category 4 Hurricane Ida swept through. Stacey Mancuso’s family just completed repairs to their home in Arabi after Ida ripped off the roof and caused extensive water damage. As Tuesday’s tornado tore through their street, she huddled in the laundry room with her husband; two children, ages 16 and 11; and dogs as part of their new roof blew away.

“We’re alive. That’s what I can say at this point. We still have four walls and part of a roof. I consider myself lucky,” said Mancuso. Still, the twister was the third time they’ve had major weather damage since Katrina in 2005.

In Arabi, there was a strong smell of natural gas in the air as residents and rescue personnel stood in the street and surveyed the damage. Some houses were destroyed while pieces of debris hung from electrical wires and trees. An aluminum fishing boat in front of one house was bent into the shape of a C with the motor across the street. Power poles were down or leaning over, forcing emergency workers to walk slowly through darkened neighborhoods checking for damage.

Michelle Malasovich lives in Arabi. Initially she had been worried about family to the north who were also getting hit by bad weather. She was texting with them when “all of a sudden the lights started flickering.”

Her husband was out on the porch and saw the tornado coming.

“It just kept getting louder and louder,” Malasovich said. After it passed, they came out to survey the damage — some columns were blown off their porch and the windows of her Jeep were blown out. Others fared worse: “Our neighbor’s house is in the middle of the street right now.”