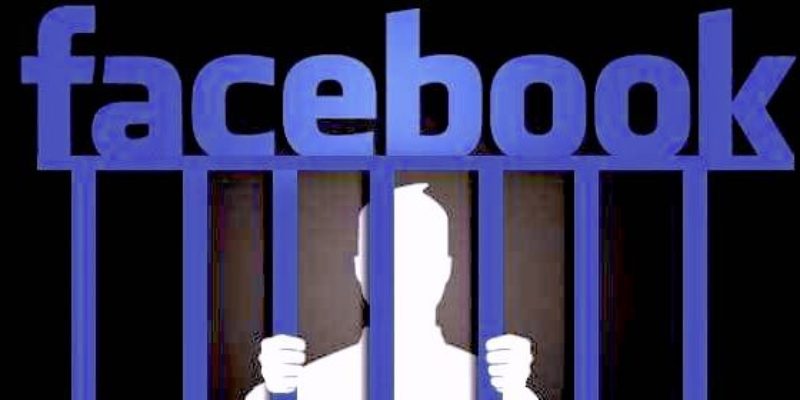 What I’m about to tell you is no joke, no fake news you can trust from The Babylon Bee.

Everyone knows there is a baby formula shortage in America, while only a smattering of folks may know that a lot of baby formula is going to illegals at the southern border.

What you may not know is that, just this week, the Facebook police put on freeze a post showing a recipe for homemade baby formula. 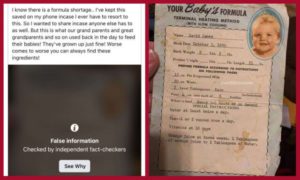 Charity James thought it might be civil, dare I say charitable, to post a vintage baby formula recipe from 1960. But now, Charity James is being labelled a pusher of misinformation, according to the always-tolerant Facebook police.

Miss James got the treatment, the dreaded blackout treatment of her post and the oh-so-official “False Information: Checked by independent fact-checkers” alert.

The fact-checker police asserted in all their credibility that “Karo syrup is a debated ingredient to be administered to babies. Karo syrup is a commercial corn syrup derived from the starch of maize.”

Never mind the fact that commercial brand baby formula is laced with corn syrups and additives that might not be so great for a baby as well. 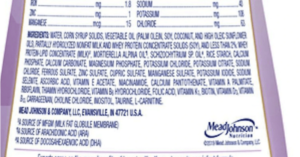 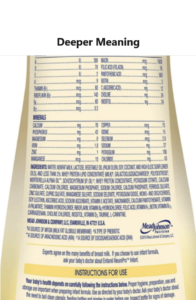 It is stories like this that make us either want to laugh at the comedy of it all or go buy a lifetime supply of vegetable seed for the apocalypse. At the moment we are conflicted on which one to go with.

Interested in more national news? We've got you covered! See More National News
Previous Article KNOCK KNOCK: What the WHO is Supporting This Pandemic Treaty?
Next Article What Matt McMahon Did In His First Two Months On The Job Is Incredible