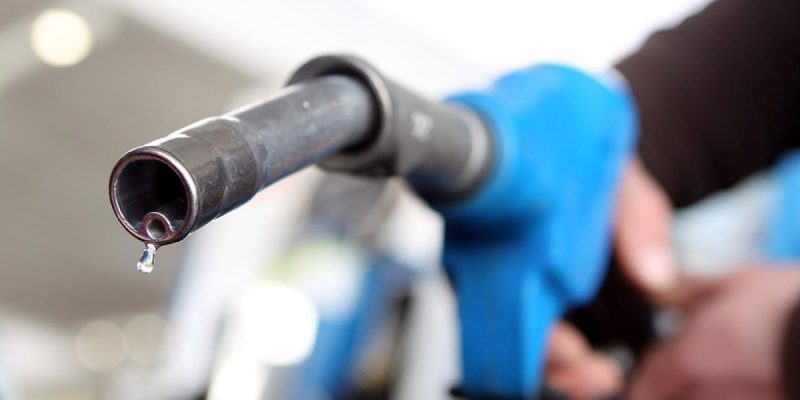 That’s not our opinion, it’s that of Oilprice.com…

U.S. gasoline and diesel prices are soaring to record highs nearly every day these days, as crude oil prices hold above $110 a barrel, the Russian invasion of Ukraine upends global crude and refined product trade flows, and refinery capacity globally is now lower than before the pandemic after some refineries—including in the United States—closed permanently after COVID crippled fuel demand in early 2020. There isn’t a quick fix for all-time high fuel prices in America— or elsewhere — analysts say. The quickest fix is actually not one American consumers would want — a recession that would lead to job losses.

Despite the Biden Administration’s months-long efforts to lower gasoline prices — including massive releases of crude from the Strategic Petroleum Reserve (SPR) and blaming oil companies for price gouging — U.S. refineries cannot catch up with demand.

Not that demand has soared so much. It’s the capacity for supply, globally and in the U.S, that is now a few million barrels per day lower than it was before the pandemic.

Some 1 million barrels per day (bpd) of refinery capacity in America has been shut permanently since the start of the pandemic, as refiners have opted to either close losing facilities or convert some of them into biofuel production sites. Globally, refinery capacity is also stretched thin, especially after Western buyers — including in the U.S. — are no longer importing Russian vacuum gas oil (VGO) and other intermediate products necessary for refining crude into gasoline, diesel, and jet fuel.

The fuel market is extremely tight in Europe, too, considering that many refiners refuse to stock Russian crude and suppliers shun Russian diesel, even if the EU is still struggling to reach a common stance on an embargo on Russian oil imports.

What’s going on with gasoline and diesel is almost exactly like what’s happening with baby formula, though for slightly varying reasons.

In both cases you have a government-created crisis that knocked out a significant portion of our domestic manufacturing capacity. With baby formula it was an overactive FDA which shut down a manufacturing plant providing a gigantic share of the national supply over four cases of bacterial infections not proven to be related to the facility. And with oil refining it’s the never-ending drumbeat of environmental regulation driving costs up and margins down to the point where the producers no longer find it profitable to refine oil into gasoline. When demand dropped due to COVID many of the majors took the opportunity to get out of the business altogether and several refineries are now shuttered.

Will they reopen? Why would they? The cost associated with firing an oil refinery back up amid the Biden administration’s open, stupid hostility to fossil fuel energy of all kinds is going to be prohibitive at anything less than $5 or $6 per gallon at the pump, and as awful as gas prices are now we’re nowhere near that point.

But we very well might get there, because with record demand for gas and diesel and a million barrels a day of refining capacity shut in the numbers don’t match up.

And if you think you’ll bridge this gap with those hyper-expensive electric cars all the car companies are now hyping in their TV ads, we can tell you that the power grid isn’t in much better shape and that isn’t getting better.

I’ve covered this in The American Spectator recently, but the real problem you have right now is the country is being run by a Democrat Party which is a political organization by and for people incapable of doing a proper job at honest work. The Left in America is so hostile to the concept of basic competence, something which relies on something else they hate called objective truth, that it’s actually indoctrinating people in HR seminars and school classrooms to believe that competence is a tool of the white patriarchy’s oppression.

Yeah, well, guess what? The white patriarchy – or at least the white patriarchy that runs things rather than pretending to run them by sending a doddering moron to front an organization actually run by female socialists of various colors (like Jill Biden, Nancy Pelosi, Kamala Harris, Susan Rice and AOC) – knows how to refine enough oil to keep gasoline affordable. And these chattering clowns do not.

As the Oilprice piece notes, the only solution to the runaway gas prices facing us is a severe recession to curb demand. But don’t worry – that’s already begun, and it’ll likely last until this set of bums is thrown out on their asses.