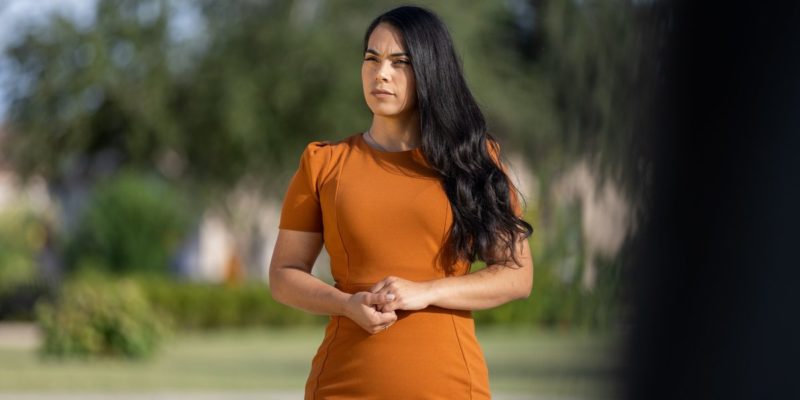 On the eve of the Texas Republican convention, and after much investment from national and state GOP forces, Mayra Flores (R) defeated Dan Sanchez (D) in the Texas CD 34 special election, flipping an 84% Hispanic Rio Grande Valley seat.

Flores was declared with winner with just under 51% of the four-way field Tuesday night. Fellow Republican Juana Cantu-Cabrera and Democrat Rene Coronado finished with a little over 5% between the two.

From the hip: Democratic support was noticeably absent from this race. Now does that indicate that internal pollsters saw the writing on the wall weeks ahead of time — that simply replacing U.S. Rep. Filemon Vela with another Democrat was going to be an uphill battle?

Or were Democrats cutting their losses in hopes of a better showing in November? The latter may be the case, but don’t discount the former entirely. Republican support is on the rise, even in the RGV.

The race saw a low 7% voter turnout — typical for a summertime special and often favoring grassroots challengers (as was the case in suburban Austin over the weekend), but not exactly a regional prize fight. According to Texas Election Source on Twitter, “the bigger story is not that the seat flipped, but that Flores won among non-primary voters by between 3,500 and 4,000 votes depending on the number of Democratic primary voters who cast ballots for her.”

The bigger story is not that the seat flipped, but that Flores won among non-primary voters by between 3,500 and 4,000 votes depending on the number of Democratic primary voters who cast ballots for her.

In other words, there was a lot of voter conversion and outreach taking place, using Flores’s run as the catalyst. In recent months, the Republican National Committee has made a special project of the Rio Grande Valley, opening up several “community centers” to assist in voter recruitment drives. Northward of $1 million was spent on winning the seat to give Flores incumbent’s advantage in November.

Where this gets hairy is that Flores’ likely opponent in November, U.S. Rep. Vicente Gonzalez (D) is attempting to switch districts due to redistricting, but remains the Democratic nominee for CD 34. We’ll see if he’s eligible, but there remains time for the Democrats to nominate a replacement candidate.

President Joe Biden won the district by 4 points before redistricting. Whether the new district favors a Republican in the general is an unproven thing. But with that low of a lead for Biden a well-funded Republican stands a statistical chance.

Republicans and Democrats are locked in a battle for the hearts and minds of Hispanic voters. An article in new political outlet RVIVR showcases a battle between conservative broadcasters and even George Soros to establish a lasting audio platform to galvanize Hispanic voters the way Rush Limbaugh once captivated English-speaking talk radio listeners. While this is nothing entirely new, the large sums of money now being invested indicates that the possibility and the stakes are higher than ever.

Pyrrhic victory or gleam of hope, this is not stopping Republicans from celebrating in the meantime.

And radio silence from the Texas Democratic Party.