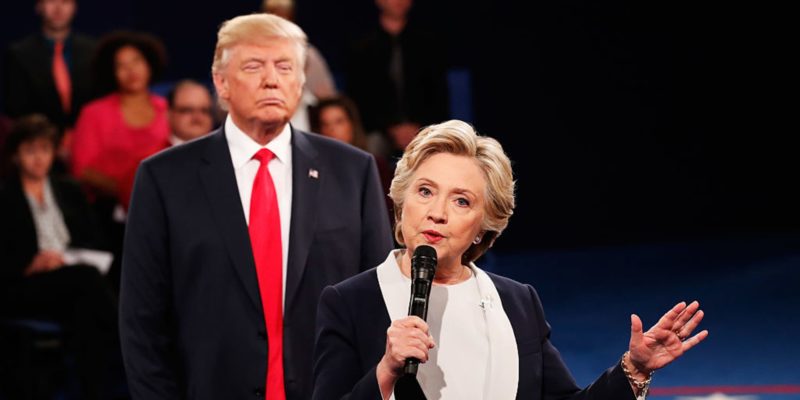 On Tuesday, former Hillary Clinton lawyer Michael Sussmann was found not guilty on the charge of lying to the FBI.

The evidence against Sussmann was irrefutable, but that’s okay. Many of us know what crimes D.C. swamp creatures have gotten away with for decades, so a shady character potentially lying to the FBI is a pretty small pickin’, relatively speaking.

The truth is that special prosecutor John Durham is just getting started, and he did just get through culling some bombshell evidence and testimonies against a much bigger fish.

There are others to come, but hers is the name the everyday American will recognize for now.

While a conviction of Sussmann would have been nice–and just–it would have meant little in the way of truly attacking the terror being inflicted on America at its source. Lying to the FBI? This is minuscule compared to what is to come. The pieces exposed in this Sussmann trial relate to a broader multifaceted crime, which involves spying, treason, and the names of the most notorious of Democratic (and RINO) players.

This initial trial, the first of many, was likely to get the American public talking. It was likely meant to get more people conversing about the trial of the century before that trial even takes place.

Rest assured that John Durham, handpicked by Attorney General Bill Barr in the fall of 2020 before the Presidential election, didn’t traverse the planet gathering testimonies and evidence from world leaders and foreign agents simply to quit after less than a month’s worth of time on a nothing-burger like lying to the FBI.

So much that transpired in the Sussmann trial will lead to something else.

In a recent article about Elon Musk’s growing popularity and its impact on the trial, we pointed out that one enormous take from this case came when Clinton’s former campaign manager reversed track on previous statements about Trump and Russia and actually outted his former boss:

What is so important about this story at this point–what Musk’s current popularity is exposing–is that it was Clinton’s former campaign manager, Robby Mook, who testified against her.

“We discussed it with Hillary,” Mook said on Friday. “She agreed with the decision.”

Mook’s testimony came in the criminal trial of Clinton campaign lawyer Michael Sussmann, who is being prosecuted by John Durham, who has been investigating–without any spotlight from the mainstream media–potential foul play tied to the Trump-Russia probe conducted by the corrupt FBI. Mook said that, back in 2016, he and other senior campaign officials decided to share the potentially wrong information with a reporter, and that he subsequently ran the decision by Clinton herself….

Said John Solomon of Real America’s Voice about Friday’s development, “It did shock the courtroom today. It was a very significant moment. It even caught the defense a little bit off guard.”

This is one of several keys to the trial, and it was so even before the verdict was handed down. Clinton–and so many others–are down deep in the cesspool of importance, so to speak, a cesspool that Durham and his team will be slogging through at a predetermined pace. It remains to be seen whether or not the indictments still to come will translate into guilty verdicts, but one thing is for sure: if the everyday American cares to see exactly how our justice system works–or exactly how unjust the justice system is–this ongoing story is one place to pay attention.

Trump has been calling attention to this and these types of realities since long before his announcement to run for the presidency in 2015. While many will say he didn’t do enough as President to rectify the problems he knew were there, there are still many others who feel that Trump was and is doing his best to expose the corruption to Americans themselves so that they can fight for what they hold dear, so that they themselves can join the revolution and revival of our nation.

If Trump is who I think he is, he and others are seeking a long-term solution to this corruption and criminality that has rotted America from within. And it will simply mean more to us if we join the fray instead of standing by idly and dumbly on the sidelines.

We the People must continue to rise up.

The court of public opinion is paramount. Before the bigger fish are fried, still more Americans must see point blank exactly how deep the D.C. swamp goes, how far its tentacles reach. The justice system said f**k you to the American public before the Sussmann trial even began because they have grown so accustomed to getting away with it, so the f**k you today over small-fish-Sussmann’s alleged dishonesty shouldn’t surprise or distress.

Take, for instance, the deck stacked against Durham even before the trial began. It was an absolute D.C. trial with a D.C. jury. The jury was loaded with Clinton donors, and prosecutors were denied request–by Obama-appointed Judge Chris Cooper–to remove a juror from contention because her daughter and Sussmann’s daughter are on the same sports team.

Here is a summary of how the swamp worked its typical magic before this trial even began:

In addition, presiding federal judge Christopher Cooper says he and Sussmann were “professional acquaintances” while at the Justice Department in the 1990s. And the judge’s wife represents former FBI lawyer Lisa Page.

Page exchanged text messages critical of then-GOP presidential candidate Donald Trump during the 2016 campaign with then-FBI agent Peter Strzok, with whom she was having an extra-marital affair….

Special Counsel John Durham’s team objected to putting one Clinton donor on the jury after the man said he would “strive for impartiality as best I can,” the Post also reported.

However, the prosecutors were overruled by Cooper, of the U.S. District Court for the District of Columbia, who said the Clinton supporter “expressed a high degree of confidence” that he wouldn’t be biased.

This is not an outlier, not an anomaly. This isn’t something we can simply ignore as Americans and say ‘oh well, that’s just the way things are.’ This not only has corruption written all over it, but more importantly, sheds light on exactly how the swamp establishment has always run things.

And how they’ve always smeared mud in our faces with it.

Constitutional scholar Jonathan Turley discussed the stacked jury in the Sussmann case with Fox News’ Bret Baier. “You could not come up with a worse jury,” he said.

This stacked deck in itself should have been news enough for the mainstream media. But the public couldn’t even hear crickets from them, for the most part of course, until after the jury had acquitted Sussmann. Then they couldn’t wait to cover the story. 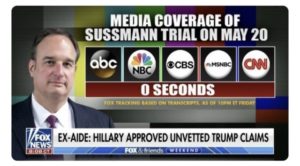 The Durham verdict is a little reminder:

One may wonder what on Earth one has to do with the other. There is correlation without causation, and then there’s this–no causation or correlation at all. There’s also the fact that Clinton’s own former campaign manager testified against her and said the Trump-Russia accusation was created by Clinton. But we have to keep in mind that this is the same Keith Olbermann who tweeted this back in the fall:

To think I really enjoyed that guy along with Dan Patrick when they did SportsCenter back in the day. Yikes. Seeing this asinine tweet from such a voice of the far left was one reason I felt compelled to write such a positive angle to this story.

So don’t worry too much about this not-guilty verdict. It is not a big loss, and if Durham knows what he’s doing, it may be a necessary one. Look out for names like Mook and Danchenko, and others of course, to come out as this story develops. Of course Sussmann will still be in the picture. When the next indictment comes down, the evidence and testimonies from the Sussmann trial can be used. And when those trials are over, evidence and testimonies can be further transferred to the next one. It is going to be slow, and some of the names won’t get people excited. But every step is important, it seems. Impatience will only frustrate us and perhaps have us disengaging from the information war before it is done.

Said Kash Patel about Robbie Mook’s testimony under oath, “That’s all evidence. And a smart prosecutor uses that stuff to build further cases…. There’s a mountain of information they got that John Durham put out there.”

Said Alina Habba, Trump’s attorney in a separate $70 million lawsuit over the Russia hoax, “The key of this case…was not necessarily getting a guilty verdict for Sussmann…. What we got was the evidence…. The key for us is that we got the connection between Hillary Clinton, through Robbie Mook’s testimony…and the FBI…. These are all critical and prove the collusion. That’s…more important to me than Sussmann behind bars.”

The key for We the People is that the it was undoubtedly impacted by this trial, especially since a player like Elon Musk drew attention to it. Finally, finally, someone close to the action testified that Hillary Clinton was behind the Trump-Russia hoax. Yes, a cynic may say that nothing will ever come of that exposure either, but for the hopeful revivalists among us, it provides hope to persevere in a war that is just getting started.

Be strong in the Lord. And remember that the war we wage is between good and evil.