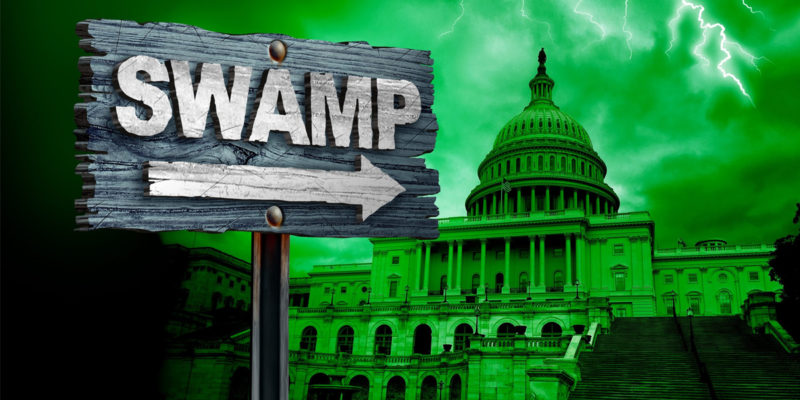 As our regular readers know, one of the routine things I do among the various radio and podcast appearances I’ll make is a once-weekly or biweekly segment with Dan Proft and Amy Jacobsen on iHeart Radio 560 AM’s Morning Answer Show in Chicago. And yesterday, it happened again.

Dan and Amy had me on to talk about a couple of American Spectator columns I wrote this week – one which warned Republicans on Capitol Hill that selling out the party’s voters on Second Amendment rights is the single best way to dissipate the building wave election this November, and another which responded to the ridiculous verdict in the Sussman trial by noting that Washington, DC has become such a disastrously contemptuous place with respect to the rest of the country that we’re going to have to move the federal agencies out of DC altogether to fix it.

The former is an issue I’ll have more on later today, particularly in light of the predictably disgusting prime-time address our addlepate occupant of the White House gave. As to the latter, it’s something which really does need to get more traction and should be part of the GOP congressional agenda. Only about 15 percent of the federal government’s employees live and work in the Washington area, but those are the 15 percent who control the government. And they’ve made Washington such a poisonous, insular place so full of hatred for the rest of the country as to be openly contemptuous of the traditions, norms and values of the country.

The Sussman verdict was clear evidence of that. It was so bad that one of the jurors told a media outlet that there were things more important than lying to the FBI.

Proft said, and you’ll hear it in this clip, that the Durham team actually won the case in the sense that there’s no denying the Trump-Russia hoax was a terrible abuse of the institutions of government and a departure from acceptable standards, and I do agree with him. But I want consequences for these people, because it’s one thing for all of us to recognize the steaming turd Hillary Clinton and her cabal of slimeballs laid upon our body politics but it’s another altogether for someone to pay for the offense. Only in the latter occurrence can you have some reason to believe this wouldn’t likely happen again.