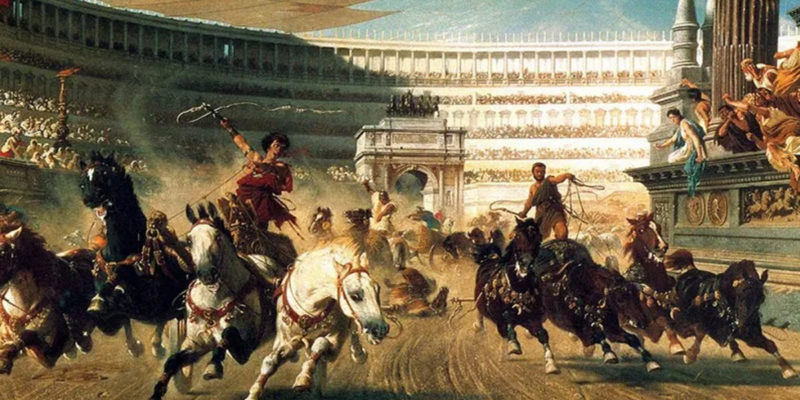 “Already long ago, from when we sold our vote to no man, the People have abdicated our duties; for the People who once upon a time handed out military command, high civil office, legions — everything, now restrains itself and anxiously hopes for just two things: bread and circuses.”

“Give them bread and circuses and they will never revolt”

It’s important to understand what Juvenal was referring to in these quotes. The first comes from Gaius and Tiberius Gracchus whose reforms can be described as socialist, or at least the beginnings of socialism. After the Punic wars, the captured Carthaginians were turned into slaves and the wealthy were the beneficiary of these slaves. On the other hand, the common Roman person no longer had jobs. To keep the poor from starving Gracchus brothers pushed for reforms such as limiting how much land the wealthy could own and taking grain from the rich and spreading it to the poor. The second became a staple of the Roman Empire and used to manipulate the people. Feed the people — give them bread.

The circus part was the entertainment of the time. Games at the colosseums and free grain, keep them entertained and well fed, and they will never revolt. In the end, the Roman Empire fell because the people didn’t care, the politics became more and more corrupt, and then came the Caesars who slowly drove the empire into the rubble.

As our country entered the 20th Century, we began to find things to entertain us. The first amusement parks and earliest versions of the rollercoaster made its way into our lives. Nickel arcades were popping up and the earliest versions of movies were made. That century saw us with more and more entertainment as time went by. Nickelodeons became arcades, movie theaters popped up everywhere, arcades came and went. And now we have all those things at our fingertips without ever having to leave the house.

Why should we bother with politics when we are so well fed and well entertained? We all know the perfect candidate is the guy sitting on his couch. It’s not the guy running for office, so why should we care? The election was rigged? Why get up and be active in politics? Obviously, the best way to fight against rigged elections is to stay home and complain about it on Facebook where Facebook allows 20 people to see your post, to have 10-15 people agree with you, and 3 who will argue with you. Let’s also complain about the Republican party and be angry at them because of the people who we choose to vote in by making all of our judgements of who to vote for from the couch, emerite?

Just kidding. If you are making your judgements based on the information you’re getting only from media social media included, you are too distracted by breads and circuses.

For example, a couple of weeks ago, the LAGOP held a convention where many elected Republican officials attended. This was an opportunity for you to get off the couch, go meet the people who you will vote for or against and have a conversation with them. Listening closely to their views in person gives you a lot more information than the 30 second soundbites you get from your entertainment. Quite frankly, if you’re bashing the Republican party for the RINOs that you voted in because you judged them off of 30 second soundbites, the problem isn’t a political party. The problem is you. The GOP is doing their part to provide a way for you to get up and meet the people running for office, now do your part and ask these candidates questions and make sure they are not RINOs.

The political parties don’t, or at least shouldn’t, endorse one candidate over the other in primaries. That’s for the general GOP voters to decide. It’s the voter’s responsibility to find out as much as possible about the candidates and make a well informed decision. It’s the GOP’s place to support those candidates that the average GOP voter decided to support. It’s easy to spot the RINOs before you vote for them, but you voted them in anyway and then complain about it? Perhaps the real problem is the Republicants who are more interested in complaining and being self righteous than actually getting up and doing something to get involved.

People dream of travelling to the past and making a difference in the world. They think they could make a difference if they could do the impossible, travel back in time. What they don’t assume is they can make a change in the future by what they do today. The latter is possible and more probable.

Think the election is rigged? Get up and become a poll watcher. Think the GOP is putting up too many RINOs? Get involved in party activities and meet the candidates so you’re not voting for RINOs to begin with.  Don’t like the candidates? Get up and run for office. You have a duty and an obligation to your friends and family as well as yourself to be involved in politics. Not just talk about it from your couch, but to get up and be active. You have to do the work, or get stuck with what you’re given.

You can choose to ignore politics, but politics won’t ignore you. As Edmund Burke is quoted as saying “The only thing necessary for evil to triumph is for good men to do nothing.”. All that is necessary for elections to be rigged is for enough people to not do their part to be involved. The future is in your hands, what will you choose to do? It really isn’t a choice, it is your responsibility.