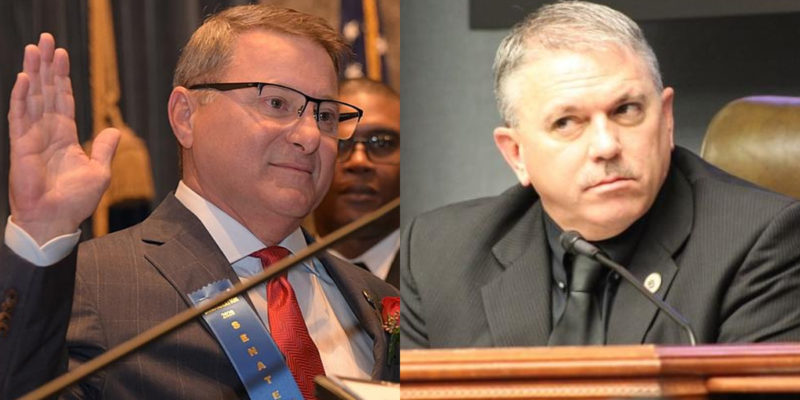 Failure by Cortez and Schexnayder to schedule and get passed at least a couple of weeks prior to the regular session’s close a number of bills Edwards ended up vetoing prevented boxing him into a corner where he knew override votes likely could come against any he cast, which likely would have discouraged his from doing that for many in the first place. And even for those he did veto, chances would have been high that overrides of several of these would have succeeded.

Instead, by delaying they put the supermajorities they essentially have for overrides at risk by giving a handful of less reliably conservative Republicans the chance to beg off session attendance, claiming they scheduled other obligations (or in the case of GOP state Sen. Rogers Pope, saying he wouldn’t vote for any overrides despite previously voting for the bills in question) during the veto session period even though they know the calendar puts one there that only may be canceled optionally. It may be that Cortez and Schexnayder allowed show votes on good legislation they knew Edwards likely would strike to let these members to burnish their credentials for next year’s elections by giving them the chance to vote for things they might really oppose, without eventual policy consequences.

But the real conservatives in each chamber don’t need to let them get away with it. Even knowing a veto session likely won’t produce overrides, they need to have it as a means to put everybody on the record.

So, if Republicans show up and vote against one or more overrides, then they’ll have some explaining to do back home as happened during last year’s such session – and maybe will help boot them out the door one way or another. Yet even if they take the coward’s way out and don’t show, this absence also can put negative electoral leverage onto them.

During next year’s campaigns for those seeking reelection not term-limited or trying to move to another office, opponents can point out not only that not showing up in essence equals a nay vote on overrides, but it also demonstrates dereliction of duty. They can note that as part of the legislative job description is the necessity of attending veto sessions if called, and can question those legislators playing hooky about their commitment to their jobs and to their constituents.

True, it would take a day-long session to consider a half-dozen, maybe more, of the most important vetoed bills which would trigger $50,000 or more in costs for taxpayers. Still, it’s a worthy price to pay to hold elected officials’ feet to the fire and to strengthen the bonds between legislators and their constituents (or to give lawmakers a chance to explain principled, if unpopular back home, differences on issues).

Conservative legislators need to withhold their ballots indicating they wish to call off the veto session. Legislators, especially those who voted for the vetoed bills, who don’t hold back need to be interrogated about why they so easily want to give up and why their constituents should trust them to carry out their wishes when they apparently fold with so little provocation.

Interested in more news from Louisiana? We've got you covered! See More Louisiana News
Previous Article Davis: “I Need To Slow My Butt Down.” That’s It.
Next Article ALEXANDER: U.S. Supreme Court Attempts To Re-establish Our Constitutional Republic