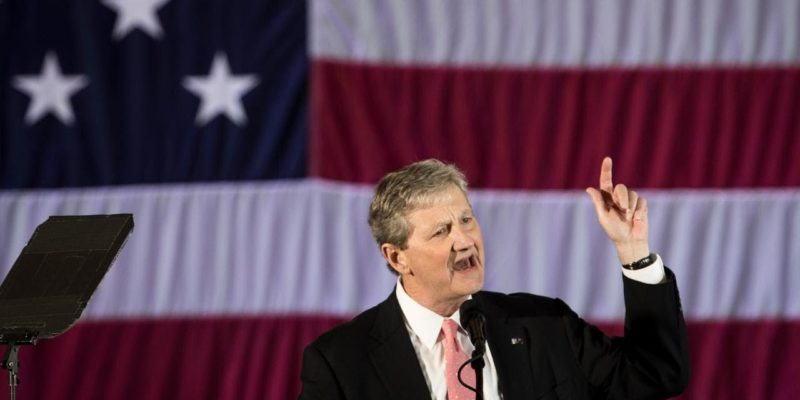 It looks like Louisiana will be treated to a snoozer of an election for elected federal and statewide offices this fall, with all incumbent candidates in federal races expected to prevail, for the most part quite easily.

A couple already have gained election. Fourth District Republican Rep. Mike Johnson for the first time drew no competition, nor did no party Chief Justice John Weimer the second election running for the Supreme Court. Weimer’s election, as only one of two non-Republicans on the bench, will be his last as this is the last term for which he qualifies.

Most other such candidates drew token opposition. The big question concerning the reelection attempt of Republican Sen. John Kennedy isn’t whether he will succeed, but how it will reveal the state of Louisiana’s Democrats. The only two other candidates with a chance to reach double-digit percentages of the vote, of which one surely will, are Democrats Gary Chambers and Luke Mixon.

Each represents different wings of the party. In the ascendancy are those to which Chambers appeals – blacks and aligned with far leftist ideology based on identity politics. Mixon has support from traditional power-brokers on the decline in the party – whites and liberal populists, political descendants of century-old Longite forces. Whoever ends up second to Kennedy will indicate whether the white economic liberals/social moderates have yet succumbed to their inevitable loss of power to the party’s black majority led by an ideologically extreme vanguard.

Save the Second, all other districts will send a Republican to Washington. In the Second, Democrat Rep. Troy Carter does face Republican media producer Dan Lux, but the district demographics heavily favor Carter. Similarly, despite a record of runaway victories, Democrats want to take another shot at Republican Rep. Steve Scalise with beverage executive Katie Darling, whose woke agenda won’t gain much traction in the First District.

Democrats will send a perennial candidate, Omar Dantzler, up against Republican Rep. Julia Letlow in the Fifth, as well as with multiple-time candidate for the state House now going again for Congress, Republican Allen Guillory, also contesting her reelection along with a pair of rookies. Dantzler has the best chance of reaching double digits against her. The Sixth District’s Republican Rep. Garret Graves faces a dissenting Republican and a Libertarian, neither of whom may crack double digits.

The only incumbent with more than a nonexistent chance of losing to a challenger is the Third District’s Republican Rep. Clay Higgins, whose abrasive style draws more competition and dissent than does the rest of the delegation. He won’t be knocked off by either Democrat who filed, prison reform advocate Lessie LeBlanc or educator Tia LeBrun. The more controversial of the pair, LeBlanc is an elected member of the party’s state central committee and tried to oppose through legal action appointment to the Lafayette Library Board of Control of a member known to oppose the system’s promotion of a “Drag Queen Story Hour.”

But a candidate who can make Higgins sweat a bit is Republican prosecutor Holden Hoggatt, who already aggressively has criticized Higgins for not bringing home the bacon. Still, Higgins historically with only minor difficulty has swatted away challengers and retains party backing.

For the Public Service Commission District 3, incumbent Democrat Lambert Boissiere III faces a collection of black Democrat minor candidates with histories of running unsuccessfully for elective offices or community activism. The only white Democrat in the contest, engineer Jessie Thompson, might crack double digits while Bossiere steams to victory.

PSC District 4 Republican Commissioner Mike Francis doesn’t face a challenger from the other major party, either, but did a draw no party one and one from his party, former state House candidate Shalon Latour who in his profession deals with the LPSC. Neither should prevent the reelection of Francis.

If Louisiana voters this fall want to look for some real action in the voting booth, they’ll have to turn to down-ballot special legislative contests, some appellate and district court square-offs, and local matchups.

Interested in more national news? We've got you covered! See More National News
Previous Article LEGISLATORS: We Need To Get Back To Educational Fundamentals
Next Article BLANCO: The Desperate And Anemic Campaigns