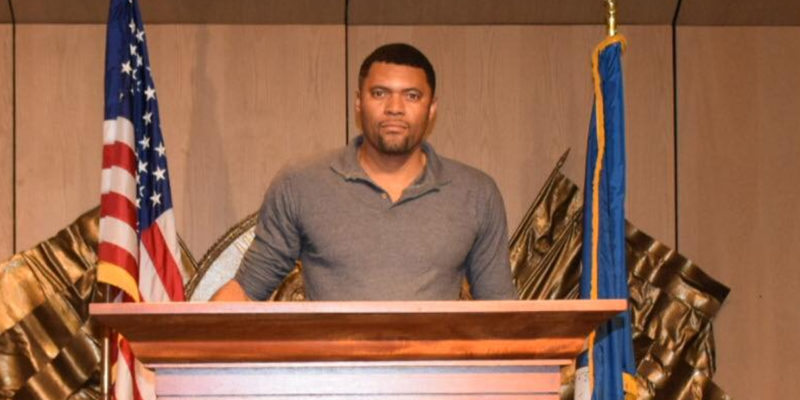 Editor’s Note: An excerpt from Claston Bernard’s book Outcast: No Room At The Table For Conservative Blacks In America on the effect of Postmodernism on blacks.

Postmodernism is not a new phenomenon by any stretch, but lately, it is coming to full light. There is a hunger to connect to the past in black America (roots in Africa), so much so that rationalism is being substituted for humanistic beliefs and naturalism/secularism.
You will hear in some professional black circles say that Christianity or Judeo-Christian belief is the white man’s religion since some used it as a means to justify slavery. And we should move away from such beliefs and embrace a more skeptical and humanistic way of thinking.

Some of the beliefs now embraced include the following:

According to the naturalists, we just happen to be here, and life is just a series of random events. So, in essence, no one is responsible for his or her actions, since these events are already predetermined. Now if these philosophies are to be believed, then why the outrage? After all, we are just matter floating around in space and time.

I must further point out that these latter systems of belief and other religions were around during slavery and played no significant roles in bringing down this evil institution.

Imagine a slave owner believing that he was within his rights to maintain slavery; how could we use moral relativism or atheism to argue to end such evil? Seeing that relativism asserts that you live by your own set of rules, how could you say that he is wrong? And with atheism, how do you convince someone that slavery is evil since he believes that there is no objective moral Law Giver and that morality evolves? When would atheism develop to the point of acknowledging the evils of slavery? When does public opinion about what is evil change?

As of today, atheism cannot give a strong argument for the origin of morality; however, the church has.

This is postmodernism, in a nutshell. Breaking from past beliefs in the absolute and objective moral order for a more relativistic way of living. Or the feeling that you are the reality you create and that you live by your truths. How we combat this is a tough task, but the way I see it and what may have been implied in situations throughout this book is that without the Christian religion, the American Constitution would not have been as strong. Slavery and Jim Crow, I believe, would have been harder to eradicate in America as no other belief system provides for what Christianity has done in the West or to end slavery.

One only has to look in places where a lot of these beliefs or ideologies other than Christianity are actively practiced today to see the treatment of inequality.

In America, understanding the Constitution and the law of the land in this great democratic republic will give you a much better platform for genuinely living in freedom and also provide better opportunities to provide for yourself and your family.

Postmodernism has been viciously unleashed on blacks, by many black pastors, academics, and celebrities with disastrous consequences, and sadly many have become useful in carrying out the left’s agenda and are willing to destroy the principle of Natural Rights, the foundation of the American Republic that recognizes every God-given right by attaching themselves to the very arguments made by Confederate VP, Alexander Stephens, Stephen Douglas, the Confederates, and Justice Taney in the erroneous Dred Scott’s ruling in trying to justify slavery.

If there is no wrong or right, then what is truth? If we can not define a woman, then what are we? The very spirit behind slavery and Jim Crow has now infected far too many parading around the Democrat agenda who have never gotten over losing their slaves. It is this inability to discern the truth why many continue to support the Democrats despite the Democrat’s stance on marriage, abortion, and the dangers of communism.