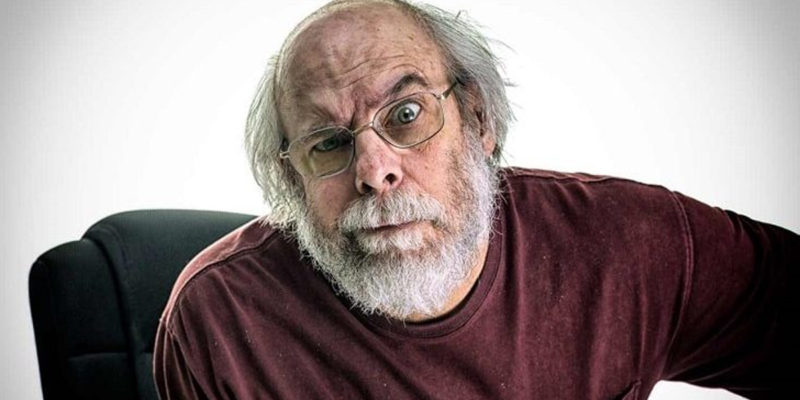 When you put your thoughts down as often as I do, you’ll discover that sometimes you’ll have a thought that you would like to write but it just never fits into what you’re writing about. After a while, these tend to pile up.

I am a Gen X-er. In fact, I have a T-shirt that says “867-5309” and when I am wearing it, I wonder how many people get it and how many think I’m super old man trying to give out my number desperately hoping somebody will call me.

Ok, maybe I am that desperate, but that’s not my number.

Anyway, I’m quickly approaching that age where I get to be a curmudgeon, so here’s a list of things that annoy me. There won’t be any politics hidden in here.

There are three types of videos on the internet that annoy me. The first is the overly dramatic reaction videos. Seriously, your reactions add nothing of value to the original video. These people who make these videos watched the videos and then time their overly dramatic surprise to let you know that you are supposed to be overly surprised by what you just saw. Or worse, they’re laughing. If I wanted to watch people laughing, I would have become a comedian and got up on stage.

The runner up for the most annoying videos are somebody who lip-syncs to somebody else’s jokes.  They’re not funny. The other person who came up with the joke was funny and now these unoriginal people just ruining the jokes for everybody else. If it weren’t for the Milli-Vanilli style joke tellers, the runner up would be seeing the same dance videos over and over and over. I get it, you can shuffle or do the same dance everybody else can do. Congratulations.  And Oh Mah Gawd, if I hear that Sea Shanty (Wellerman) song one more time. It’s annoying and I can’t be the only one who thinks that. Gaw, gag me with a spoon.

Ben Affleck annoys me. I mean, he just does. I know he thinks he’s rad because he’s got a big tattoo on his back. In his case, a tramp stamp. But seriously, how does Affleck get tough guy roles? I’m pretty sure if we flexed our muscles around him, he’d get a black eye. Had he been on stage instead of Chris Rock, he would have been knocked out. And can you imagine Ben Affleck with an actual gun? He’d be scared to pull the trigger and, if he managed to succeed, would probably sprain his wrist doing so. Apparently, he’s playing Batman again with Jason Mamoa being Aquaman. That’s a terrible casting of a movie. I grew up watching Superfriends and I don’t ever remember when Aquaman was more manly than Batman.

It annoys me when I sit down to watch a movie or television show and they sneak in their liberal politics. It’s one thing if it fits into the storyline, but somehow, they manage to sneak in something that’s completely irrelevant to the show just to make a political point. If I wanted to see somebody sneak politics on me, I’d read a lot more click-bait articles. Again, those are annoying but I’m sure I don’t need to tell you that. They sucker you in and then 10 minutes later you’re still clicking. If it’s non-political, keep it non-political.

Democrats texting my phone asking for donations is also annoying. Are they so desperate for donations that they are just texting everybody with a cellphone asking for donations? And it’s annoying when we have a President who is so incompetent that he gets Covid less than week after having Covid. Like, how do you catch it twice in a week? I find it annoying that Pendejoe always takes credit and quick to pass blame. Let’s be honest, Biden has always been annoying. The only time he fared well in a Democrat primary is when he was hidden from the voters.

It’s annoying that our government is so anemic when it comes to negotiating. Where’s the beef? Where’s the substance? It seems to me that if Russia wanted to hold out for the U.S. to dismantle its military and demand we hand over California and Alaska, the current administration would be willing to do so to get Brittney Griner back.

One of the most annoying things is that we have people who can tell you the intricate details of a fictional character in a galaxy far far away, and yet couldn’t tell you about anybody in history. Then they read somebody’s meme on the internet and become experts overnight. Come to think of it, internet experts are among the most annoying. Reading a meme on the internet that matches your predetermined bias does not mean its fact. Sure, you can call me a hypocrite because I did get my medical degree, my legal degree, and my constitutional degree from Facebook University. But seriously, how hard is it to look up the facts stated on a meme before you share it? We all get it wrong once in a while, but it doesn’t take much effort to make sure you get it right more often than you get it wrong.

It irritates me that a company led by a man who thinks he’s the second coming of Ceasar Augustus has a commercial stating that people will witness Marc Anthony debate. That brute was known more for his killing skills than his debating skills. If anything, those students would be watching Marc Anthony ordering Cicero to be beheaded in his own garden. How does the second coming of Octavius get this so wrong?

Interested in more national news? We've got you covered! See More National News
Previous Article GURVICH: Yes, We’re In A Recession. Who Did This To Us?
Next Article MARSH MAN MASSON: Want A Million Freshwater Catfish? Go HERE, And Do THIS!