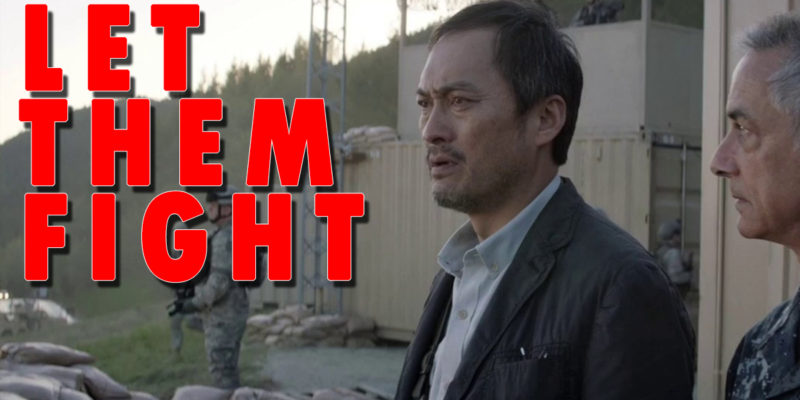 We’ve been noting for months that the really interesting aspect of this fall’s U.S. Senate race in Louisiana was never whether anybody could beat John Kennedy; Kennedy isn’t beatable by just about anybody in Louisiana politics, and particularly not by any of the collection of little fish dumped in the sea with him. What was interesting about the race was always the internecine fight the race would kick off on the Democrat side.

And specifically, the fact that the white Democrat establishment in Louisiana is desperately clinging to the status as leaders of the Democrat Party they’ve utterly destroyed.

As we’ve noted, this destruction would have been complete years ago, and the white Democrat establishment, the Bourbon Democrats, as they used to be known, would have already been deposed. The majority of registered Democrats in Louisiana have been black for a while, and now black voters make up 60 percent of Democrat registration in the state. They’re also a huge majority of elected Democrat officials in Louisiana; for example, there are 12 Democrat state senators and only two of them are white, and in the House there are 34 Democrats and only six of them are white.

It doesn’t look much different at the local level, either.

So this turnover would have already happened, but for John Bel Edwards managing to get elected governor through a series of disasters on the Republican side in the 2015 and 2019 election cycles.

But now Edwards is finishing up his two terms of destroying not just the Bourbon Democrats in the eyes of most of Louisiana’s voters but Louisiana as a whole. The state is in an abject shambles, with its bigger cities turning into utter shooting galleries, its economy utterly moribund and a steady stream of outmigration which is showing flecks of white water.

And under those circumstances, it starts getting difficult to field white Democrat candidates. In the five congressional districts up for election this fall which haven’t been drawn to specifically elect a black Democrat, they’ve barely managed to put up anyone with a pulse.

In the Senate race, they managed it – barely. After cycling through all the white elected officials in the state and getting no takers, Edwards’ former political consultant Richard Carbo settled on Luke Mixon, an airline pilot originally from Bunkie who lives mostly in airport hotels but makes his domicile in Baton Rouge.

Carbo didn’t bother talking to any black Democrats before dipping down on Mixon – who in 2019 briefly tried to get support for a state legislative run but was told no. That infuriated a lot of black Democrats, as it should have. But for some reason, most of them just take it when they’re abused and taken for granted by the white establishment. You’d think the Ronald Greene case would have changed that, but nope – and we didn’t get somebody like J.P. Morrell or Ted James or Katrina Jackson running against Kennedy when they had a free shot to do so and showing up Carbo for not talking to them.

But Gary Chambers, who had made a name for himself as a race-hustler and social justice warrior in Baton Rouge, the kind who’d regularly get himself arrested at Metro Council meetings after clownish and abusive outbursts directed at white Republican councilmembers he’d accuse of racism for all the usual irritating reasons and who had figured out how to monetize that activism last year when he ran for the 2nd District congressional seat Troy Carter ultimately won, was irritated enough by Carbo’s snub that he got into the race.

And it’s been fun since then, because while he can’t win, Chambers is doing the one thing the white establishment can’t afford – he’s running against them and discrediting them in the eyes of the state’s black Democrat voters. His messaging is AOC/Stacy Abrams/Bernie Sanders tripe; it’s all about weed, racism, abortion on demand and lots of other radical left bromides the Bourbon Democrats are terrified of saying out loud (not that they don’t agree, of course, but they know they can’t sell it). Chambers is a grifter, but he’s 10 times as honest as the establishment gang.

And eventually, that was going to get them irritated enough that they’d lash out.

Chambers wasn’t going to take that lying down, of course…

Black leaders are told to suppress their reactions to baseless disrespect. I’m not.

We can and should call out people like James Carville, their outdated approach is why the party in Louisiana doesn’t grow. #MoreOfUs https://t.co/TlriLvMg1K

So now it’s out in the open and we’ve got the internecine race fight on the Democrat side we’ve needed for a long time. And to be honest, it’s probably healthy, because the fact is that for all the screaming that white Democrats do about how racist the Republicans are, nobody is more racist than Carville and his crowd.

Carville might not be wrong about Chambers in calling him an “idiot.” But why is he calling him that? Because Chambers didn’t get in line behind Mixon, who had, unlike Chambers, never run a political campaign. It would have been easier for the white Democrat elite to line up all the black votes behind Mixon but for an uppity-boy like Chambers making trouble.

OK, fine, but what are you offering Gary Chambers? Obviously not much. He’s outraising Mixon and he’s outpolling him, and Carville is calling Chambers an idiot for being in the race against Mixon, and it seems like Mixon’s credentials according to Carville are that he can fly a plane and he’s from Avoyelles Parish like Carville’s mom is.

At some point it’s going to become obvious how ruinous the Democrats have been for the black community, both here in Louisiana and everywhere else. But before we get there, we need the black community to recognize the utter contempt their supposed pale-faced betters like Carville and Edwards and Louisiana Democrat Party chair Katie Bernhard have for them.

And if Chambers’ fight with Carville and Mixon moves that along, then – and it feels weird to say this – good for him, and he’s doing a service for all of us and making it more possible that we can get Louisiana off its back soon.