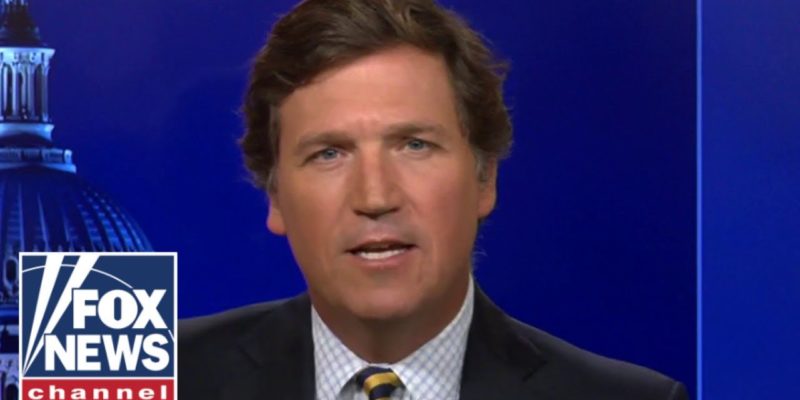 We’ve covered the outrage of LaToya Cantrell’s courtroom Frank Pantangeli act in support of a 13-year-old serial carjacker  earlier this month here at The Hayride, and we called it what it is – namely, the advanced application of Weaponized Governmental Failure. If you’re a frequent reader here, you already know what WGF is – it’s the deliberate and intentional refusal to perform the basic tasks of urban governance for political gain by urban Democrat machine politicians.

LaToya the Destroya is, as I noted in my American Spectator column yesterday, perhaps the prime avatar of advanced WGF in motion.

It isn’t incompetence, though it looks like it is. It’s deliberate. Because federal dollars from things like economic development block grants replace the tax base lost through WGF exoduses.

And when WGF reaches an advanced state, what you get isn’t even something that looks like incompetence. It starts to get brazen.

People who live in the Big Easy’s suburbs, which contain more than two-thirds of the population of the New Orleans metro area, call her LaToya the Destroya due to the abject destruction she has wrought over the city’s business community, particularly thanks to one of the nation’s most onerous and pointless COVID lockdown regimes. But it goes further than that — New Orleans’ aging drainage infrastructure is nearly useless despite the billions of your tax dollars which were poured into the city’s Sewerage & Water Board, which Cantrell as New Orleans’ mayor is responsible for. The New Orleans Police Department is down to less than 500 active-duty officers (it needs at least three times that many). In a recent highly publicized incident, one whistleblowing cop working the French Quarter on a Friday night last month publicly quit in the middle of his shift. Afterward, it was learned that there were some 40 calls logged into the police department’s 911 system and only 35 patrol officers available in the whole city to take them.

Cantrell has since tried to have a court rescind the Justice Department consent decree her predecessor, the nearly-as-disastrous Mitch Landrieu, signed with former Attorney General Eric Holder a decade ago to hamstring the police in the city. The answer she received was no. The New Orleans Police Department is on its last legs as a viable law enforcement agency — and that’s of a piece with everything else. Last week, it was disclosed that the city only had 60 percent of its EMS personnel slots filled.

That was disclosed when Cantrell let it slip that New Orleans’ capability to provide security and infrastructure for Mardi Gras next February was shaky at best. She said it in a rather matter-of-fact way, something that didn’t go unnoticed by the mostly white, mostly suburban people who run the organizations putting on the big Mardi Gras parades. Cantrell has been attacking them for years, after all, and buzz continues to build that those organizations may at some point move their operations to the suburbs.

That was a pretty in-your-face display of WGF. Whittle down the security capability to such an extent that the showpiece cultural event in your city has to wither and die, and your city then becomes a place by and for those incapable of doing anything to better their station. All government dependence, all the time.

This came in the aftermath of a declaration by Cantrell that she would refuse to abide by the state’s new law banning abortion. The State Bond Commission has since twice voted to delay approval for infrastructure projects in the city until she and other hard-left local elected officials rescind their stance.

But the piece de resistance, the coup de grace, for Cantrell came last week in a juvenile criminal court.

In an amazing moment, Cantrell showed up to sit with the family of a carjacker who had been found guilty of first-degree robbery. The kid was 13 years old, and he’d been involved in five separate carjackings. Somehow, the district attorney’s office dropped the charges down from armed robbery but secured convictions.

And as the victims, who were mostly (if not all) white women, including one who’s a college student at ultra-expensive Loyola University, read their impact statements, Cantrell looked at them from the front seats.

Then the judge, a Democrat named Renord Darensburg, pronounced sentence:

Three years, suspended. No jail for carjacking and pointing guns at women.

Tucker Carlson’s open last night reads very much like he’d read that column. Carlson notes that what’s happening in New Orleans is of a piece with the collapse of law and order on the streets of Minneapolis, Detroit, New York, Chicago, Philadelphia and Los Angeles, and lots of other cities.

And he also notes that carjackings are essentially the modern equivalent of old-time highway robbery. In medieval times, when weak societies couldn’t properly police the travel routes between towns and outlaws ruled the forests, it was too dangerous to travel unless you were rich enough to do so with a small army for protection.

That’s what most of our Democrat-run cities look like now. But it’s not an accident.

LaToya Cantrell appeared in that courtroom because the 13-year-old serial carjacker had been enrolled in an internship program for “at-risk youth” run out of her office. That’s why the victim wasn’t worth her sympathy while the perpetrator was.

By the way, in next-door Jefferson Parish a carjacker a bit like the punk LaToya supported in court was just sentenced not to 3 years’ probation but to 43 years. Which is what a functioning society does to predators in its midst.

Don’t defund the police. Defund the cities. Completely. The suburbs need to pool their power in state legislatures and other governing bodies and drain every last dime out of these urban hellscapes possible until urban socialists like LaToya Cantrell, who brags that she “won’t be bullied” as she runs roughshod over a dead city, go to their knees and beg for mercy.

Or until they abandon urban socialism and submit to their obligation to do the basic things government is established to do.

As we’ve said, there is no way to remove LaToya Cantrell from New Orleans. The electorate in New Orleans is incapable of producing better leadership than her, and when she’s gone from office in 2025 she’ll be replaced by someone who embraces an identical ideological agenda.

But there is a way for the rest of us to treat Weaponized Governmental Failure appropriately, which is to punish the cities and the people who run them – to break them down into competing municipalities, to deny them funding, to perform essentially hostile takeovers of their law enforcement agencies and so on.

Because there will be no American revival in places run by the LaToya Cantrells of the world. And if she and her ilk can’t be swept out of the way, then they at least have to be put in a very small box to limit the damage they can do.