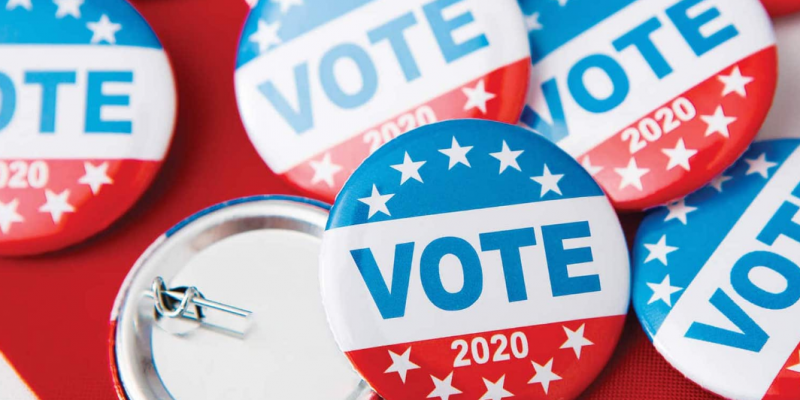 There’s a bit of a controversy among the Republican State Central Committee in Louisiana which will be resolved one way or the other this weekend. Committee member Lenar Whitney, the former state representative who’s considering a run for Lt. Governor next year, has offered a resolution which was deferred at the state party’s last meeting which essentially echoed the Texas GOP’s statement earlier this year that the 2020 election was stolen.

I’ll say this: I’m in agreement with Whitney that the election was stolen. Unlike some, I’m unconvinced that it was stolen through voting machines and so forth. I think the way the electoral processes were corrupted and Joe Biden was forced on the American people was the old fashioned way, aided by the COVID panic which created the “necessity” for substandard electoral security and therefore noncompliance with state election laws in places like Pennsylvania, Georgia, Wisconsin and Michigan and the presence of $400 million in corrupt Big Tech money flowing to local elections offices in heavily Democrat areas to repurpose them as get-out-the-vote centers for the Biden campaign.

If you’ll watch Dinesh D’Souza’s documentary 2000 Mules, you’ll see the proof of how it was done.

And as I’ve said, a stolen election breaks a republic. And when you steal an election, you are stealing the consent of the governed. It’s political rape. Everything that follows is illegitimate.

And the Biden regime – I can’t even call it an administration, because an administration is an organism which exists to apply rules, and how can you have a presidential administration which broke the rules to exist in the first place? – has showed off its illegitimacy from the very beginning.

So I don’t think the Texas GOP was wrong in stating the election was stolen.

But I think the LAGOP can do a little better than just echoing the Texas GOP. And my advice to the RSCC, and to Lenar Whitney, is to put together a resolution which makes four points.

First, that election integrity is a fundamental and indispensable tenet of any constitutional republic, and without it there can be no legitimately elected government, and no legitimate consent of the governed. Further, the questions which have arisen in some states surrounding the 2020 presidential election have shaken the public’s confidence in the integrity of our elections and this must be remedied.

Second, that Louisiana Secretary of State Kyle Ardoin is to be commended for his efforts to preserve electoral integrity, because Ardoin was put under a great deal of pressure in 2020 to weaken Louisiana’s election rules and he resisted them, and furthermore that Ardoin has kept a relatively clean voter file and our elections in 2020 and since (not to exclude previous elections; we’re just staying on topic here) have not suffered as have those in other states as a result.

Third, that it is of great concern and discouragement that Louisiana’s legislature with its considerable Republican majorities has not managed – in three separate years’ worth of sessions – to pass a bill barring private funding of public elections. Specifically, the Zuckerbucks bill that Rep. Blake Miguez has been attempting to pass since 2020. This year that bill didn’t even get a floor vote in the House much less move to the Senate or arrive at Gov. John Bel Edwards’ desk. The resolution should castigate the leaders of Louisiana’s legislature for failing to advance the most substantive election security bill available to them.

As an aside, Whitney should want this, even insist on it, because if she’s running for Lt. Governor, House Speaker Clay Schexnayder and Senate President Page Cortez are both potential opponents who have failed to secure veto-proof majorities for Miguez’ bill when it ought to be a no-brainer for passage.

And fourth, the RSCC resolution should condemn states like Pennsylvania for refusing to take seriously the concerns of those who care about election integrity by openly flouting their own election laws. Pennsylvania is going to continue with unlimited mail-in ballots this fall despite this being openly contrary to state statutes.

That’s what I’d send up, and if it couldn’t get a majority vote I’d be drop-dead shocked.

It says the 2020 election was stolen without saying those words, but it’s stronger than that. It gives Ardoin his due, and Ardoin deserves his due, because he’s up against as determined a set of rotters and wreckers of election integrity in Louisiana as there is in the country – something the recent brouhaha over the state’s congressional redistricting plan made clear. But it also takes a tough line on the legislative leadership who deserve a vicious beating over the treatment of Miguez’ Zuckerbucks bill.

And that’s the part that matters if you’re on the RSCC. You don’t have much of any influence on national politics, so whether you want to say the election is stolen or not won’t even garner any attention other than from Louisiana’s media. And of course, the Advocate is going to paint anything the RSCC says along these lines as the rantings of right-wing loons, so you really shouldn’t care about the half-literate scribblings of the Democrat operatives disguised as journalists at that paper.

But the people who will, because they must, consider the things the RSCC says are Republican state legislators. And if you clobber the leadership in the legislature for its failure to promote core Republican policy on the issue of election integrity, that means something. It means that Schexnayder and Cortez will be openly opposed in their efforts to get elected to higher office if they don’t do something about the Zuckerbucks bill. They should have been on notice for that already, but obviously the message hasn’t gotten through.

Our buddy Mike Bayham passed along a copy of his own resolution along these lines, and I liked that one as well, with some reservations…

I’m pretty sure that in #3 he means restricting the mail-in ballots “to” cases he outlines rather than “in” those cases. And I would insist on some treatment of both the substandard conduct of the 2020 election in other states and the failure of the Zuckerbucks bill. But as a statement of preferred election integrity policy it’s pretty close to what I’d suggest.

I’m glad that Whitney is keeping this topic atop everyone’s attention, because we’re seeing the effects of the post-republic the 2020 election has created, and they’re horrendous. She’s to be commended for continuing to raise the issue. I just want to see this go a little further and make sure that it gets brought home to Louisiana so that we can hold our own leaders accountable and make demands on them for how the future will go.

Because no matter what we think of that 2020 election, it’s too late to change the past. The challenge now is to make sure nothing like that ever happens again.