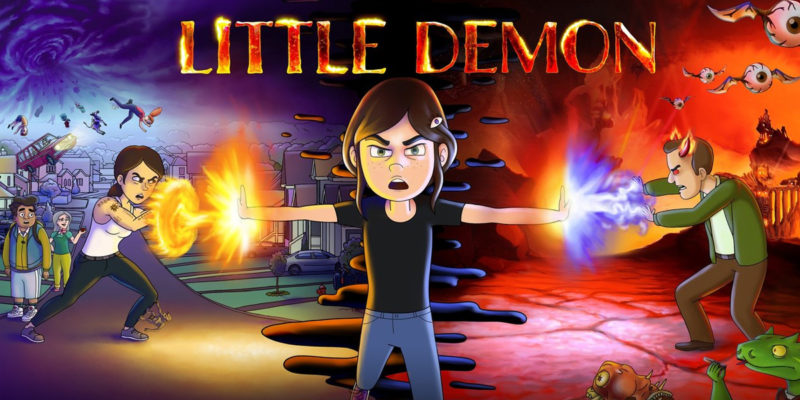 Well, this has been an interesting week. As of this morning, a simple FB message I posted on Monday (republished at The Hayride Tuesday) has reached almost 12 million people, been shared more than 154,000 times, and generated a countless number of news stories and public forum debates. Obviously, my brief critique of the Satanic new television series “Little Demon” struck a cultural nerve.

Nearly 300,000 comments have been posted, both pro and con, but we’ve noticed a few interesting things about the ones made by people who (often vehemently) disagreed:

1. Almost all the opposing voices leapt to conclusions about what I wrote without actually reading it. Those who did noted that my post did NOT call for (or even reference) censorship, new legislation, government action, or even a boycott of Disney (the parent company) or FX (the creator/distributor) of the dark new series. All I did was call OUT something that I personally believe is dangerous so other parents can be on notice if they share my concern. (Many millions quite obviously do.) My call to action was very simple: “Please be careful.” As a Christian and a dad (and as a public servant) I believe that is my responsibility. And I will do it without apology.

2. All the opposing voices who exclaimed “then just don’t let your kids watch it,” or “just turn the channel,” or “try being a parent, stupid,” were ironically (if not less tactfully) merely reemphasizing my exact point. (See above paragraph.)

3. All of the opposing voices who suggested that I was unfairly portraying the new series made those claims without any foundation. Snopes.com verified that independently, and anyone could. Every line of my post is accurate, and I never wrote or even implied that the series is “a kid show” or being marketed to children. I simply: described some of its dangerous content; lamented that the twisted trailer was played during a college football broadcast that my children and millions of others were watching; and warned parents that pure evil is lurking.

A series that presents Satanism, graphic violence, and profanity as lighthearted entertainment isn’t good for anybody of any age–but it’s an important fact that many parents (and kids) falsely assume that if a program is a cartoon “it can’t be all that bad.” And the producers surely know that making the main character (the Antichrist!) a 13-year-old girl is going to intrigue and attract teens, and likely younger children. (By the way, the Snopes investigation noted that Disney Plus is already streaming “Little Demon” in Australia and New Zealand…)

I’ll reiterate here that free speech is an important principle (that I personally defended in the federal courts for two decades before I was elected to Congress). And in this country, everyone can obviously make their own decisions about what media they and their families consume. But a corollary is that Christians have the freedom to fulfill our obligation to “speak the truth in love” (Eph. 4:15) even — and sometimes most importantly — when it may not be popular to do so.

Disney and FX have made a decision to embrace and market what is plainly and obviously evil. We the people have the freedom to call it out and to decide what we want to do about it. I am encouraged that many millions of families are taking a stand over this, that countless many have committed to part ways with the companies responsible for the new series, and that some concerned citizens (like OneMillionMoms.com) have created an online petition to try to stop it.

That is the beauty of America, y’all. We have the right to debate and disagree and take appropriate action in the free marketplace when our consciences compel us to do so. And you know what’s most ironic here? That precious freedom we enjoy—those inalienable rights to life, liberty and the pursuit of happiness—are given to us by God. We should exercise that freedom responsibly. And we ought to honor Him for it.