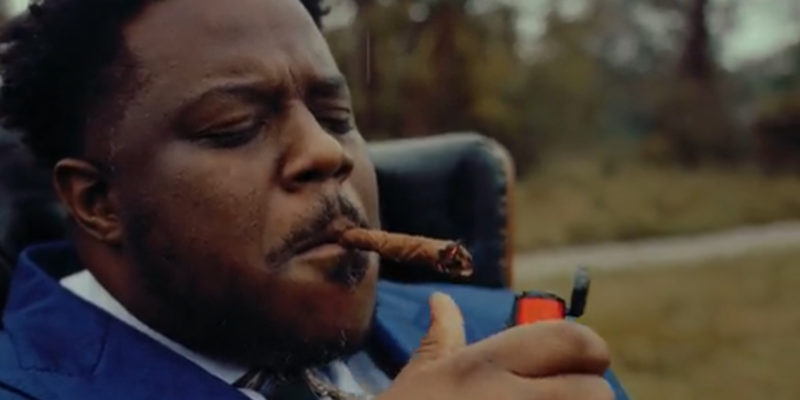 Read comments made by Democrat Gary Chambers about his bid for Louisiana’s U.S. Senate seat this fall and you might think him crazy. Indeed, crazy – like a fox, which has the powers-that-be among state Democrats sweating.

On a radio program, Chambers recently revealed how he would win the contest against overwhelming favorite Republican Sen. John Kennedy. He said in the incumbent’s 2016 election that black voters didn’t have a candidate they could believe in, including from the top down in the presidential contest, and so not enough showed up that would have defeated Kennedy.

That analysis seems suspect. If Chambers is saying that the ideal candidate to suck in black voters – as well as other racial minorities and trendy leftist whites – in large numbers to the polls is somebody who proclaims a far-left agenda such as himself, then two years ago black Democrat Shreveport Mayor Adrian Perkins, whose agenda didn’t differ all that much from Chambers’ minus the hooting up on camera, should have defeated incumbent Republican Sen. Bill Cassidy. Instead, Perkins couldn’t muster even a fifth of the vote, and almost half as many as that voted for black perennial Democrat candidate Derrick Edwards who spent next to nothing on the contest but who snagged the endorsement of the state’s then-only black member of Congress.

Chambers points out polling shows him running well ahead of any other Democrat competing, including the white Democrat candidate Luke Mixon favored by most party officials and elected Democrats who cared to endorse publicly (although not so overwhelmingly as to prevent forcing the official party from endorsing both Chambers and Mixon, plus an extremely minor candidate so as to make the concession to Chambers less embarrassing). He also implied that he’ll pull enough of the vote away from Kennedy to make a runoff, and then (courtesy of Louisiana’s insistence on having a blanket primary that forces a general election runoff after election day across the country), “It’s the last seat in the U.S Senate, and the entire country will care about who wins that race, and resources will come from the left and the right,” according to Chambers, which he says will net him the win.

That’s potentially inaccurate – Georgia could join Louisiana in having a December runoff election. And of course Kennedy will smoke the field on Nov. 8, so it’s an academic argument at best.

But Chambers did get one thing right: no poll shows any Democrat close to him and he will finish ahead of all of them, even if not good enough to prevent an outright Kennedy win within eight weeks. Everything else about his analysis predicting a win is wrong.

But if his goal, as it surely is, is to become the kingmaker of Democrats in Louisiana, he nailed it. All Chambers has to do is prove that he can mobilize a large majority of black voters (and the woke of all pallor) statewide to touch his square and thus he possesses veto power over the dying hopes of the state’s traditional liberal populists of the pale persuasion of holding power anywhere in a statewide elected office or state government.

By collecting, as polls currently suggest, 20 to 30 percent of the vote in a statewide contest that likely will double what Mixon, backed by those liberal populists, receives, Chambers will force the courthouse mobs, trial lawyers, labor unionists, limousine liberals, populists who have made political careers off of alleging that bigger and more intrusive government solves Louisiana’s ills (as it is being further discredited nationally), and the political class clinging to them, to come kiss his ring to allow any of their statewide candidates, or candidates for a statewide multiple executive office, to have a chance to win office. All Chambers has to do is signal he’ll scare up another Democrat, probably black and surely woke, and this gang that historically has run his party’s politics in the state either loses with certainty or knuckles under to his wishes.

Which if they do doesn’t change the outcome. For as part of his concession, he will demand a candidate perhaps not entirely as woke as his agenda, but not much less so. And such candidates will lose again and again but will perform better than any under scenarios that continually split the vote and hand easy wins to Republicans, allowing false hope to flourish for the future. Rinse and repeat to make Democrats the nearly powerless minority party in the state for the foreseeable future.

That will allow Chambers to keep grifting the woke crowd and the fading former Democrat masters to keep his position, as well as earn a living (think of the consulting work he can bill). It all begins by allowing himself to be humiliated by Kennedy because in turn he’ll humiliate Mixon. He just has to demonstrate he controls the bloc that makes up the majority of the state Democrats’ electorate, and this hustler will have beaten those who thought themselves so smart and winning elections and holding power at their own game.

Interested in more national news? We've got you covered! See More National News
Previous Article APPEL: Time Is Running Out To Save New Orleans
Next Article Yes, PLEASE Get Rid Of The Louisiana State Income Tax