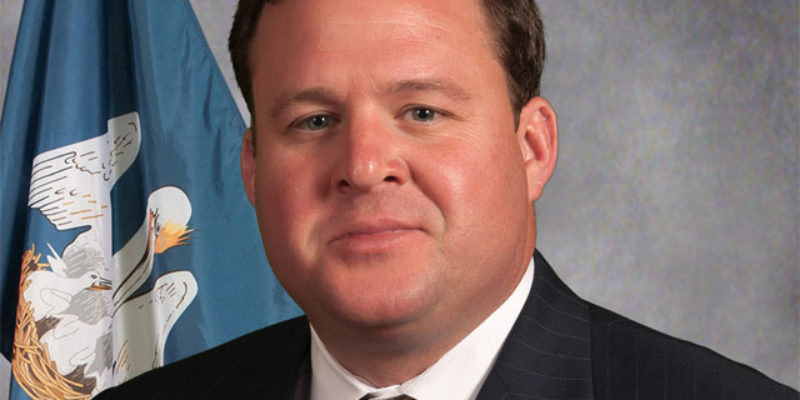 Earlier this week there was some Louisiana legislative news that surprised few who are familiar with goings-on at the state capitol. Stuart Bishop, the Lafayette Republican who serves as chair of the House Ways and Means Committee, announced he’s checking into a rehabilitation facility for alcohol abuse.

“Over the last 12 years I have worked very hard to serve the people of my district and our great state of Louisiana,” he said. “I recognize I have some challenges to overcome for the betterment of myself, my family, and the state of Louisiana.

“I have made the choice to seek help and I will be away for the next 30 days in a program to focus on my alcohol dependence. My goal is to put my family, health, and well-being as a top priority so when I return, I can be the best husband, father, and community servant possible. I appreciate your support and encouragement and I ask for your prayers and understanding.  I look forward to getting back to work soon and fulfilling my duties and continuing to serve the people of Louisiana.”

That Bishop has a problem is maybe the worst-kept secret at the State Capitol, and it was more or less apparent to the public after a much-discussed incident at a downtown Baton Rouge watering hole when Bishop and former state senator Norby Chabert, also known as a big drinker, got into a brawl. There were multiple other reports through the grapevine of Bishop appearing visibly impaired on the House floor.

This post isn’t intended to bash Bishop. We wish him the best of luck in getting the situation under control. Your author spent way too much time and money enjoying the party scene in my 20’s and 30’s not to feel sympathy, if not even camaraderie, with his situation. I happen to be one of the rare examples of someone who found a calling as a writer and had that coincide with a desire to drink less; usually the opposite is true.

But if you’re bored with life booze can intrude very quickly to fill the time, and it can turn a lifestyle choice into a compulsion in the wrong people.

Bishop says he’s getting out of politics for a while when he’s termed out of the House after next year, though, and we think that’s a good thing. The drinking is maybe a reason why, but for his sake – if he’s developing a drinking problem while in the Legislature it could be a sign that he isn’t getting fulfillment from doing that job, and 12 years of toiling away at something which doesn’t reward you will only make you less of a man.

That might be related in some way to our objection to too much more of Stuart Bishop, or at least the version we’ve seen the last several years, or it might not. Two incidents that rubbed us the wrong way point to an attitude we need a lot less of in the Legislature; maybe the drinking has something to do with it, maybe it doesn’t.

First, several years ago conservatives and business interests had, as part of the push to bring school choice to Louisiana, supported the idea of passing a Paycheck Protection bill in the state. If you didn’t follow it at the time or if you’re unfamiliar with what that is, it’s a bill which bans the state or local government from collecting union dues straight out of a public employee’s paycheck. Specifically this was about teachers and teacher unions. Evidence shows that with paycheck protection in place and the unions having to go and collect those dues by getting the members to fill out autodraft forms and so forth, union membership plummets.

As the teacher unions were the ones fighting school choice, paycheck protection became a pretty important way to carpet-bomb the battlefield. And Bishop, then a freshman legislator, lobbied for authorship of the bill because he wanted to burnish his conservative credentials.

OK, said the school choice advocates, but we want a floor vote on the bill. Up or down, we want to take names, because we’re going to use that vote as a crucible for who to support going forward.

So the bill goes to committee, and the teacher unions show up in force, and it’s a knock-down, drag-out fight and it barely survives to go to the House floor.

And on the floor it looks like the bill might barely capture the needed 53 to move it to the Senate, but in the Senate its prospects are probably worse. It could have passed, but it was a very close call.

Again, the advocates just wanted a vote on the bill, because they wanted to smoke out the RINO’s who’d run on conservative promises and were turning out to have simply shined the voters on. Those RINO’s were begging Bishop not to bring the bill for a floor vote because they didn’t want to have to vote for it.

Bishop said OK. He dropped the bill and told the advocates he couldn’t do that to his friends in the legislature.

Then a few years later, following the 2019 election in which conservative groups spent big and won a huge victory in legislative elections even despite Eddie Rispone’s inability to knock John Bel Edwards out of the governor’s mansion, Clay Schexnayder managed, with Bishop’s help, to stitch together a coalition of Democrats and “moderate” Republicans to make a majority for House Speaker. As the folks who had lent money and votes toward making a conservative legislature gasped in horror, Bishop explained that the House would be “independent.”

But independent of what? The traditional sense of that term read that an independent legislature wouldn’t take orders from the governor, but here Team Schexnayder was building its majority specifically with Edwards’ help in bringing the Democrats aboard. That wasn’t independence in any sense.

No, what Bishop meant when he touted their “independence” was they were free of obligation to the business and conservative groups – he called them “special interests” – who’d thrown money and organization behind electing them. So what he was really saying was that this House wasn’t independent but rather unaccountable.

You can tie all this together and make a psychological profile that isn’t overly salutary. Our take is that Bishop would be happier and healthier doing something else.

And we wish him well in those pursuits.

Interested in more national news? We've got you covered! See More National News
Previous Article VIDEO: Kennedy On That Awful Case From The NYC Subway
Next Article On That Holden Hoggatt Ad People Are Talking About…