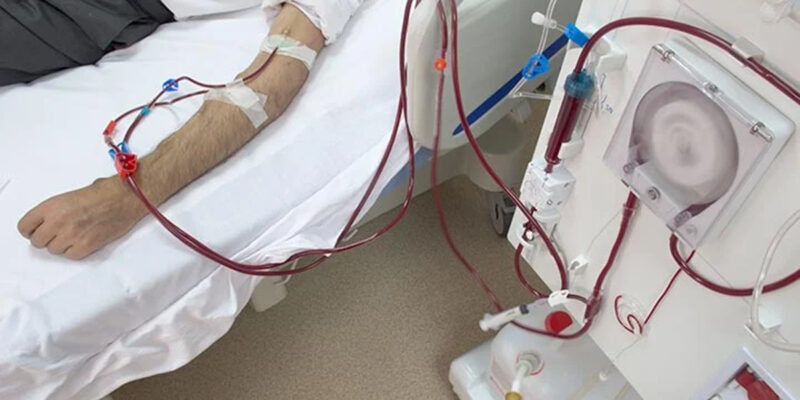 There’s no question that the Supreme Court had a busy summer. Many of their rulings generated substantial media attention and led Americans to think about the impact that these decisions have on folks nationwide.

One of the Court’s most notable decisions – which affects countless dialysis patients – unfortunately has slipped under the radar. Just a few months ago the Supreme Court sided with insurance providers over dialysis patients in the case of Marietta Memorial Hospital Employee Health Benefit Plan v. Davita Inc. In this ruling, the Supreme Court decided not to protect kidney patients’ ability to stay on their employer-sponsored health plans during the 30 months following their diagnosis of End-Stage Renal Disease (ESRD).

Kidney disease is the 9th leading cause of death in the United States, with over 15 percent of the population estimated to have chronic kidney disease. With this decision, the Supreme Court has now put millions of these vulnerable Americans in serious danger and exposed them to exploding out-of-pocket costs, increased emotional stress, and worsened coverage. The reality is that some patients and their families may not be able to afford critical care at all unless Congress steps up.

Until now, dialysis patients could choose to remain on their employer-sponsored health plans up to 30 months after their diagnosis, safeguarded by the Medicare Secondary Payer Statute. This ruling has chipped away at the Medicare Secondary Payer Statute, allowing employers to pull coverage for expensive dialysis treatments, which will result in dialysis patients switching to Medicare early instead of remaining on the private plans they can no longer afford.

This decision has serious implications for ESRD patients. While Medicare can be a viable option for some, it is oftentimes inadequate for those with preexisting conditions, especially those with ESRD. Employer-sponsored plans tend to cover a wider range of health care services than Medicare, such as dental care, which is vital to hopeful transplant patients, as small oral infections can easily spread to organs throughout the body. Under this decision, whether Medicare coverage would be adequate for dialysis patients is no longer their decision to make, as the Court has effectively put this choice in the hands of insurance companies.

While the Court has rolled back healthcare options for vulnerable dialysis patients, there is a way to protect them.

Here in Louisiana, we are proud to be represented by Senator Bill Cassidy. A medical doctor who specialized in treating critical organs, Senator Cassidy understands the importance of protecting dialysis patients, and he has the voting record to prove it. Senator Cassidy has been a champion for dialysis patients throughout his time in Congress, and he was recently joined by other leading lawmakers from the south, including Representatives Terri Sewell (D-AL-7), Troy Carter (D-LA-2), and Mike Rogers (R-AL-3), who advanced H.R. 8594 in the House to protect dialysis patients.

Many southern states have a high concentration of dialysis patients, and Senator Cassidy and his colleagues can protect this region by passing this essential bill. This legislation makes it clear that patients have the ability to choose between private insurance or Medicare during the Medicare Secondary Payer period. It protects kidney disease patients from discrimination, and incentivizes insurers to cover procedures that detect and treat kidney disease.

As we at the National Kidney Foundation wrote in a letter to Congress when H.R. 8594/S.4750 was introduced, passing it would make congressional intent clear and ensure dialysis patients have access to benefits they need, much like other chronic conditions covered by private health plans. Dialysis saves lives, and patients deserve access to high-quality and affordable treatments regardless of the health plan they have.

While the Supreme Court’s reckless decision to allow private insurers to discriminate against dialysis patients has put millions at risk, there’s still time for Congress to step in and save lives.

Jeffrey Hopper is the president of the board of directors for the National Kidney Foundation of Louisiana.