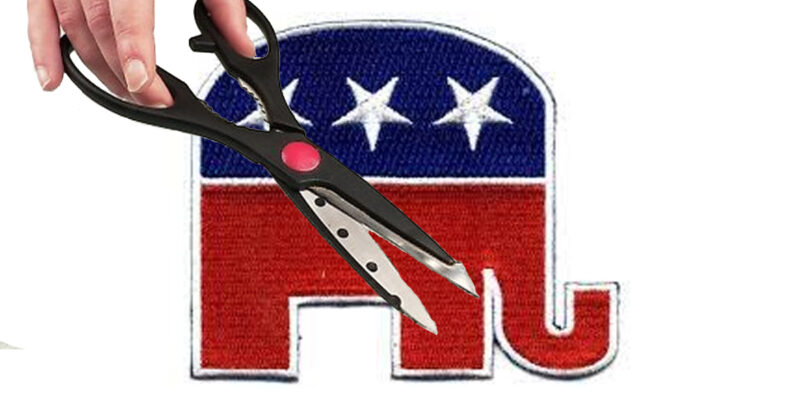 The entry of Republican state Rep. John Stefanski into the Louisiana attorney general’s race next year may reflect a battle for control over power in the state’s Republican Party between prominent politicians aligned with its conservative and moderate wings.

Stefanski becomes the third candidate to announce having a go at the post current GOP Atty. Gen. Jeff Landry shortly thereafter confirmed he was vacating after his term is up when he declared formally his intention to run for governor. One of Landry’s top deputies, Solicitor General Liz Murrill, a Republican, long ago declared as did no-party Third District Attorney John Belton, who will run as a stand-in for the Democrats.

Murrill is a close political ally of Landry’s with each considered staunch conservatives, and as such Stefanski’s move puts him at loggerheads with Landry. Yet less well publicized are professional and policy ties that Stefanski has with Landry opponent GOP Lt. Gov. Billy Nungesser.

Nungesser increasingly has presented himself as a political moderate with a conservative background. Perhaps his most recent signal to that effect came as the legislative party, with barely any dissent, muscled through over the objections of Democrat Gov. John Bel Edwards a law to keep collegiate and scholastic athletic events fair for females by not permitting males with their innate physical advantages to compete against females. Nungesser broke with elected Republicans in expressing opposition to it, explaining that it might dampen tourism-derived revenues. “My job is to open our doors for everybody,” he said, apparently meaning that as the law would prohibit biological males from out-of-state teams competing against biological females in Louisiana, that openness would be absent.

Whether he personally opposed the measure for philosophical reasons, or others positions such as those that strengthen gun rights that he also has spoken out against in the past, these expressed policy preferences make him a more attractive candidate to less conservative voters. Additionally, he has articulated support for policies that increase the chances of politicians further away from the right to win elections, such as his opposition to closed party primaries.

There are echoes of this in Stefanski’s record, even as he has voted in a consistent conservative/reform fashion in the life of this Legislature, averaging almost 92 on the Louisiana Legislative Log scorecard (where 100 means all conservative/reform votes). This past session, in committee he voted for a bill that would have stripped party labels from judicial elections, robbing voters of a key piece of information in generally low-information contests. And in 2020, he with a minority of House Republicans joined with all Democrats to make Republican state Rep. Clay Schexnayder speaker of the House to make it allegedly “independent” from the influence of forces led by Landry and GOP Sen. John Kennedy.

Plus, some of the same individuals involved in Nungesser’s campaign also will help out with Stefanksi’s. Most prominently, Nungesser’s cousin Sally Nungesser will do consulting for both as a fundraiser.

As such, it’s not really an alliance between Nungesser and Stefanski, but more like fellow-traveling as they gain support from party elements unenthusiastic about a Landry governorship or any of his allies gaining statewide office. And it’s a schism that could spread to other contests.

For example, GOP former Rep. John Fleming has entered the derby for lieutenant governor. While not associated with Landry in a formal sense, the two served in Congress together and the strength of Fleming’s conservatism matches Landry’s. He is expected to draw a competitor in the form of Schexnayder, who likely will pursue the same strategy as he did for speaker of targeting non-conservative support as a significant part of his electoral strategy.

If this pairing off behind rival politicians from the same party seems familiar, it’s old hat in Louisiana. Back in the days of one-party rule by Democrats, factions within it developed at various times, between Bourbons and populists, Regulars and reformers, Longites and anti-Longites, and segregationists and progressives, built around individuals. The state may be witnessing the same within the new majority Republican Party into the 21st century.

Interested in more national news? We've got you covered! See More National News
Previous Article Why Are There Food Deserts In Bad Neighborhoods? Geez, We Dunno…
Next Article Team Trump Might Well Be With Team Landry In The 2023 Cycle