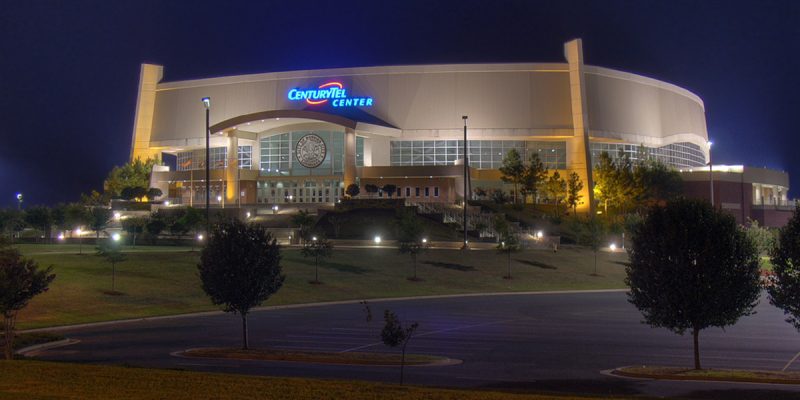 Of the many questions Bossier City councilors have failed to ask during its budgeting process, certainly now the most public has become the decision to charge $12 event parking at the money-losing Brookshire Grocery Arena and the disposition of those dollars.

This week, the Council will have introduced its 2023 budget ordinances, due for final passage two weeks after that. The salient theme has been a significant increase in group insurance costs without, excepting the Department of Parks and Recreation and legally-mandated increases for public safety personnel with at least three years on the job, allowing for a salary increase for city employees it might afford otherwise if not so indebted.

From the city’s end, the introduced ordinances offered, in all but a few instances, two to three percent reductions in group insurance from numbers floated at the budget workshop in early September. However, these savings didn’t translate into salary boosts with that instead spread to other kinds of spending.

While councilors did ask questions, and a few trenchant ones, at the workshop, they still left some important ones unasked. Property tax collections came in the same, despite the pending sale of the Louisiana Boardwalk that will remove over $100,000 from the rolls. Bad debts for water and sewer service through year’s end are estimated at $556,000, more than double what was budgeted and almost thrice endured in 2021, yet budgeted for 2023 was only $158,000. And in the slush fund for nongovernment organizations, the Arts Council sustained a $50,000 haircut without explanation, which drops the total for all below that of 2022 to just under $600,000.

However, Tuesday’s meeting looks to bring things back in this category essentially to parity by giving the Bossier Chamber of Commerce’s BeBossier initiative $25,000 early. Described last month to the Council by the Chamber’s President/CEO Lisa Johnson as a propaganda arm promoting the city – to disseminate “good news articles to combat the things that are happening in the media” and “to keep positive aspects of what’s happening … out on social media.” Also grifting the Bossier Parish Police Jury for a like amount, Johnson lamented that only $4,000 remained to pay off authors and for trinkets to pass out where failure to cough up could “cancel” this “progress.”

An ordinance to this effect has been spooled onto the agenda. No doubt police sergeants gone wild, reckless debt accumulation, and incompetence from the city’s engineering and public works contractor Manchac Consulting extensively reported upon and out in the public domain serve as the kind of reality BeBossier, whose website and social media in 2022 have produced something every couple of months or so, is committed to try to obfuscate.

Besides these continuing questions, others have surfaced since the work session. Councilors should query why Police Department spending by the sum total on the ordinance dropped over a million – because of a typographical error on the ordinance that set the amount $1 million lower than the actual sum – or at least why salaries are down over $80,000. Or why between now and then the Public Services and Sanitation Fund budgeted revenues are over $125,000 lower with several dramatic line-item changes that cause a $1.7 million loss. And what is to be done about the $6.3 million and growing deficit to the Emergency Medical Services Fund?

Yet what likely will generate the most controversy is the new parking fee that begins next week. Some confusion seemed to reign about this, as in the workshop documents $436,036 from this was counted both going to the arena and into the Hotel/Motel Taxes Fund. In the ordinance, it appears as $236,000 for the arena.

Doing the math, that means only just under 19,667 vehicles will pay up for the year, which may seem low, but, then again, at present only five paying indoor events are booked through May 6, 2023. Does the city get the whole thing, or does the arena manager ASM Global get some?

Perhaps more importantly, how does this figure into the argument that the city needs to own the arena, calculated to lose over $600,000 in 2023 while pouring in another nearly quarter-million bucks in capital expenditures, when the lame justification for this is “quality-of-life?” If arguing having the arena around attracts entertainment – even if just every couple of months, it would appear – which enhances the quality of life for Bossier Citians, how does hitting them up at $12 a car to access events at the structure they’ve dumped well over $60 million into over the past quarter century accomplish that? What’s next, paying to park at the (money-losing) Civic Center? At city parks? At the Municipal Complex (whose parking lots got a recent overhaul; maybe a parking fee would be a good way to discourage those pesky citizens from showing at Council meetings with questions who then spread all the information BeBossier wants to negate)?

(And does this mean that area high schools and my employer Louisiana State University Shreveport, which host their graduations there, find attendees hit up with this fee as well?)

Or, maybe it’s a scheme to pump up south Bossier City bus ridership, although a modest hike is involved to reach the arena. Whatever, the big government alleged fiscal conservative graybeards on the Council who have frittered away so many tax dollars on expensive monuments to their egos such as through initiating, completing, and sustaining since the arena, apparently have concluded the piper needs paying and have blessed the notion of enhancing quality of life by making citizens pay more. Think about that the next time one dares lecture the public about how fiscally responsible they supposedly are in providing all these presumed amenities on the taxpayer dime that worked so well the city’s population grew a whopping 2.3 percent from the 2010 to 2020 census.

Interested in more news from Louisiana? We've got you covered! See More Louisiana News
Previous Article APPEL: Just Stop It With The Crony Capitalism, Already!
Next Article On LaToya Cantrell’s Pontalba Apartment Paid For By The Taxpayers…