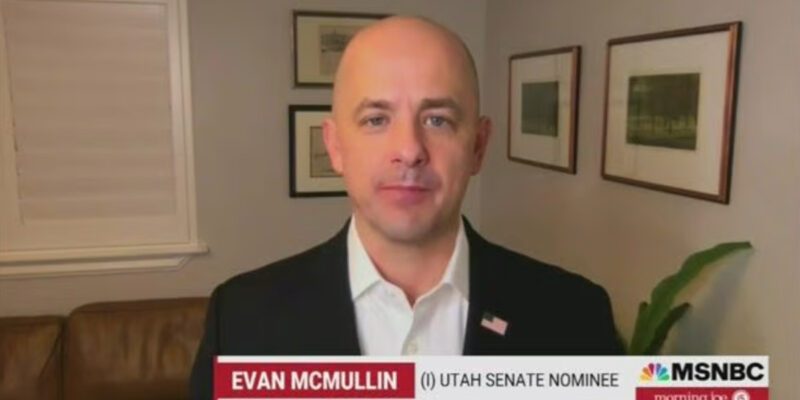 When Donald Trump won the 2016 Republican Presidential Nomination it marked the end of the line of a certain segment of the GOP consultant class.

Knowing that their ability to take in millions off the party was over, like any mercenary or political shill they decided to peddle their Republican credentials to Democratic megadonors, particularly of the Big Tech variety, to create the appearance of a fissure within the GOP that would fatally split it.

And perhaps most galling was their use of the name and likeness of the father of the Republican Party, Abraham Lincoln to give these political bastards an air of gravitas and legitimacy.

Yet they proved to be as unsavory of some of their clients and funders.

After the 2020 election (naturally) the New York Times ran an article citing claims from 21 young men about sexually salacious communications from Weaver while tantalizing then with professional political opportunities. The Times stated that one of Weaver’s objects of affection was only 14 at the time.

The Judas Junta rebutted her virtue signaling claiming she quit after her demand of hundreds of thousands of dollars was rejected.

Because it’s more about the Benjamins than Lincoln.

Wilson would become notorious from his mocking of Trump voters in a bizarre interview with CNN’s Don Lemon. This of course being someone who made bank from donations of the very people he was contemptuously ridiculing.

But these Democratic enablers also include some collaborators.

His actual goal was to leverage his Mormon faith to either split the non-Democratic vote for Clinton’s benefit or possibly eke out a plurality and potentially deadlock the electoral college.

Never mind that such blatant and cynical gaming of the system by a “conservative” would’ve provided ammo for the forces seeking to abolish the electoral college, a major Democratic aim.

McMullin’s reward for his continued useful idiocy has been a well-funded campaign (along with the open support of the Utah Democratic Party) to knock out incumbent Republican US Senator Mike Lee this November. Well-funded, perhaps, but not particularly well-supported – a recent poll gives Lee a commanding 53-34 lead over McMullin and the Judas Junta.

In Wyoming, soon-to-be ex-Congresswoman Liz Cheney has decided to meddle in the Arizona governor’s race by cutting an ad against Republican candidate Kari Lake. Cheney is coming after Lake for airing doubts about the legitimacy of Joe Biden’s election in 2020.

You’d think that would be irrelevant since the office of governor has far more influence regarding issues such as crime, the immigration crisis on the Mexican border, and water conservation.

And if Cheney is so concerned with the sacredness of democracy then why hasn’t she called out Lake’s Democratic opponent Katie Hobbs for refusing to participate in a televised debate? You’d think a public squaring off between the candidates on the issues would be a cornerstone of the democratic process.

This hasn’t worked over well, either, particularly when Lake responded to Cheney with a fiery dose of ridicule that raised eyebrows and guffaws across the country.

But the Republican congresswoman scorned is not limiting her wrath to Lake.

This coming from someone who once held a high ranking position in the GOP House caucus and was a potential candidate for speaker.

This was “never” about “Never Trump” but an insincere hustle of naive conservative voters and establishment Republican power brokers who’d sooner see the GOP ship sink if they’re not captaining it.

Ridding the GOP of the “Never Trumpers” isn’t about an ideological purge.

The Republican Party should welcome all potential supporters, regardless of where they choose to toe the section of the platform. There are issues where there’s commonality amongst voters and politicos of profile.

But the party is better off with these transactional opportunists who stand for little more than their own gain and a brief moment of adulation by their former tormentors in the media.

Or in the case of Cheney, the very folks who spent the past twenty years declaring her father a war criminal and rooting for a heart attack he wouldn’t recover from.

In contrast to the Susan Collins types (a moderate who was targeted for defeat by the Lincoln Project even though she voted for Trump’s removal during his second impeachment), the Vichy Wing of the GOP consists of nothing more than opportunists whoring out to their leftist funders and political has beens  who made a bad political bets and trying to assume a new identity to remain relevant.