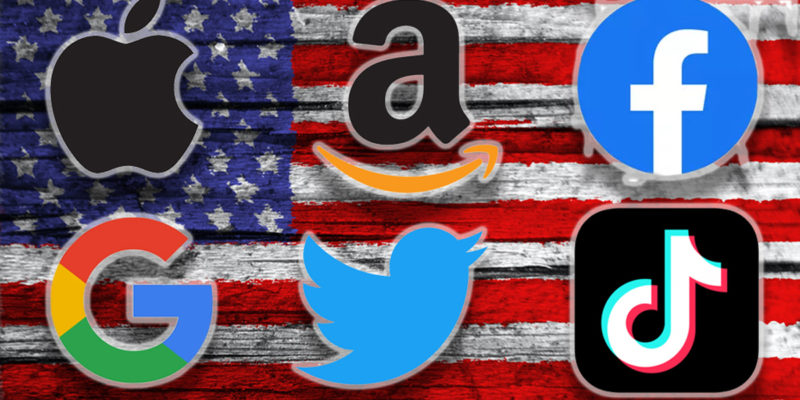 Since the founding of this Country, Americans have disagreed on many things.  But Americans of every political and religious belief have always agreed that the government, whether acting  directly or indirectly, has no constitutional authority to use its immense power to police the speech of  citizens simply because the government dislikes the content of that speech.

Our Founders believed that the freedom to question and to challenge the government is an essential component of liberty, and the US Supreme Court has consistently upheld this principle. Freedom from government  interference in political and religious speech is as much a part of the uniquely American identity as the self-evident truth that we are all  created equal.

Benjamin Franklin said that when freedom of speech is destroyed, liberty is dissolved, and tyranny is built upon its ruins.

If Franklin was right, America is in deep trouble.

In a federal lawsuit filed last month, Louisiana Attorney General Jeff Landry establishes with chilling  precision what many of us have suspected for a long time:  since at least early 2020,  the US government has been directing America’s  most powerful social media firms to crush the private political speech of conservative American citizens solely because the government disagrees with the content of that speech.

This is not opinion.  It is fact.

The lawsuit includes the actual communications between top level government officials and social media companies as well as their public statements. The depth of direct coordination between the government and Facebook, Twitter, Google, Youtube, and Linkedin is staggering.

There exists in our Country, right now, an elaborate, systematic government censorship campaign whose sole purpose is to suffocate any political speech that contradicts the Leftist narrative, in total disregard for the First Amendment to the US Constitution.  The enterprise is shocking in both its character and its reach, and involves the Center for Disease Control, the Department of Health and Human Services, the FBI, the Cybersecurity and Infrastructure Security Agency, and other top tier government agencies.

Landry’s suit is a devastating indictment of the complete indifference our government has to its proper constitutional role in our lives and of its contempt for our most basic rights.

A few notable examples: the Biden family pay to play corruption scheme evidenced on Hunter Biden’s laptop was universally suppressed on social media after being  falsely labelled as ” Russian disinformation.” Between 20-25% of Americans  who voted for Joe Biden for President have said they would not have voted for him if they had known about it before the 2020 election.

Credible information that the Coronavirus, which killed countless people worldwide, originated in a lab in Wuhan as a result of dangerous gain of function research funded by Dr. Anthony Fauci was suppressed as “misinformation.”

Evidence that the Covid vaccine is not only ineffective in preventing the spread of Covid but actually harmful to a disporportionate number of its recipients continues to be supressed as “misinformation.”

Evidence of the ineffectiveness of  government mandated lockdowns and masks to prevent the spread of Covid continues to be suppressed as “misinformation,” as well as the enormous devastation the lockdowns caused to American citizens.

Evidence of the potential for election fraud involved in mail-in ballots and the acute flaws of electronic voting machines, something most Democrats warned against until Trump came along, was suppressed as “misinformation.”

And evidence of government incitement of the events of January 6, for which Trump was blamed, was suppressed as “misinformation.”

On every one of these issues,  the federal government has been the moving force behind the censorship. In each case the government directed, threatened, coerced, and cajoled Big Tech companies to do its dirty work in censoring constitutionally protected speech.

The importance of the success of Landry’s suit cannot be overstated.  If the government truly can trample upon a core constitutional protection without consequence, the road to tyranny is short indeed. Every Louisiana citizen should be in prayer that the Court deals a death blow to our government’s  gross and unprecedented usurpation of power, and holds all those involved fully accountable.

It was in this climate of government overreach that State Senator Jay Morris brought Senate Bill  196 in the 2021 Louisiana legislative session.  The legislation would have allowed both private citizens and the Louisiana Attorney General to sue social media providers for censoring political or religious speech online.

It is not a stretch to say that, at the time Morris brought the bill, every citizen in Louisiana who had dared to express an opinion on social media that contradicted the approved government narrative had been censored. The bill had already passed in the Senate 37-0, and was scheduled before the House Commerce Committee on June 2, 2021.

Representative Paula Davis was the Republican chair of that committee, which itself was majority Republican.

Not only did Morris’ Bill fail to get out of committee, Davis could not get enough Committee members to the hearing to even have a vote, and the bill died there. It’s a long-recognized understanding that when committees lack quora for votes on bills in the Louisiana legislature it’s no accident – either the committee chair or the leadership will pull members out to deny a quorum, or perhaps something else will magically appear on the floor or in another committee to present a conflict at the time the bill in question is to be voted on.

In recorded testimony, Morris said that in nearly ten years in the State Legislature he had never had a situation where committee members simply failed to show up for a hearing. And this was not a bill that would have named a college building after somebody, it was arguably the most important piece of legislation of the entire session.

At best, Davis was grossly incompetent at a time when her service to Louisiana citizens was most needed. At worst she deliberately orchestrated the defeat of the bill for reasons we all have a right to know. In either case, Davis, who I hear is a nice and attractive person, failed the citizens of Louisiana.  Big Tech’s continued suppression of conservative religious and political speech with zero consequence falls squarely at her feet.

We live in an age when being nice and attractive no longer cut it.  We are in a fight for our freedom, and our legislature must reflect that.

Davis’ failure on Morris bill , as well as numerous other significant failures  that will be publicized in due course, should be considered by Davis’ Baton Rouge constituents  when she runs for re-election.  Davis is rumored to desire to be the next Speaker of the House. This thought should be enough to draw a competent opponent.  The last thing we need in the Speaker’s Chair is another Clay Schexnayder, which is exactly what it’s clear we would have in Paula Davis.

Interested in more news from Louisiana? We've got you covered! See More Louisiana News
Previous Article SADOW: Greg Tarver Is Almost Assuredly Your Next Mayor In Shreveport
Next Article HARTMAN: In Defense Of LaToya Cantrell (Seriously, Not Seriously)