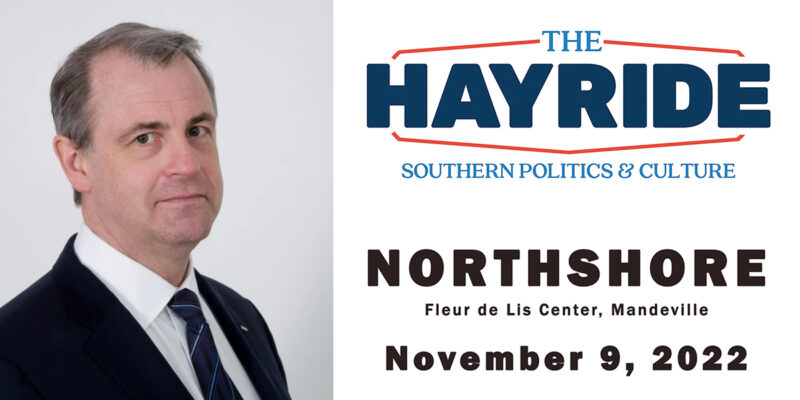 Our readers surely know by how about The Hayride’s Mandeville event on Nov. 9, but it’s time to get your tickets!

You’re going to want to snap up some tickets and check out this event, because we’ve got the perfect guy to headline what we’re expecting to be a celebration of a big victory over Team Biden and the Left in the midterm elections on Nov. 8, the night before.

November 9 is the date of the event, which is next Wednesday. It’ll be held at the Fleur de Lis Center in Mandeville. We’ll start things off with a cocktail hour at 6:00 p.m., and dinner and the program will begin, at least somewhat promptly, at 7. Our plan is to have everyone on the way home by 8:30, so it’s not an all-night affair.

And based on the polling and all the other data, we expect to be hosting a big celebration of a nation-saving Red Wave win. This might be the most fun Hayride event we’ve ever done.

Along with Kurt, we’ve got former congressman John Fleming, who’s planning a run for Lt. Governor next year. Also, state representative Larry Frieman will be speaking.