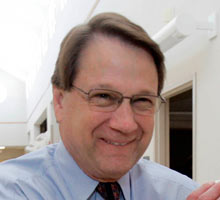 Via the Dead Pelican, the National Republican Senatorial Committee is goading the Charlie Melancon campaign to ask President Obama to come to Louisiana for a fundraiser.

It’s a solid bit of snark well-suited to a Friday afternoon. Spoons Butler would be more popular than Obama down here at this point.

Democratic strategist James Carville explained the thinking for a candidate in her position, one who could pay a political price for the president’s appearance but nevertheless could use the cash… “If you got to get the bad, go ahead and take the good,” said Carville. “Raise yourself some bank, get your people enthused.”

Carville is heavily involved in the struggling Melancon campaign, and has attempted to bolster the “wobbly” candidate through numerous public comments, even sending a fundraising appeal on the Melancon’s behalf.  Carville’s advice, and Melancon’s own substantial fundraising disadvantage, beg some questions:

As a reminder, the Washington Post reported yesterday that “Rep. Charlie Melancon’s (D-La.) campaign did not respond to multiple requests for comment” on whether he would campaign side-by-side with President Obama in Louisiana.  Wednesday, however, “Melancon conceded he is concerned that he could be hurt by President Barack Obama’s falling popularity…”

Call us crazy, but we would be drop-dead shocked to see Obama show up in Louisiana to raise money for Charlie Melancon. Outside of perhaps Grand Isle or Port Fourchon to do a photo-op on a beach somewhere, you won’t see the President anywhere near the 3rd Congressional District in any capacity.

Which means Carville’s advice might apply to Carnahan, but certainly not to Melancon – whose campaign – such as it is – he has helped to shape.

Interested in more national news? We've got you covered! See More National News
Previous Article (Updated) Is It Starting To Sink In That We’re Being Governed By Marxists?
Next Article Barack Obama Makes A Great Case For Sharron Angle