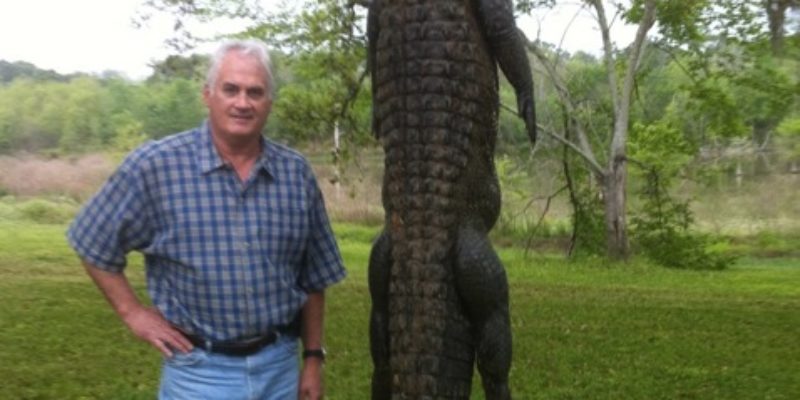 As everybody knows, Troy’s off to a rocky start to gator season.

Apparently, the tree-shakers aren’t in the swamps anymore.

They’re in the bathroom.

This actually happened in Florida. But one supposes it could happen in lots of places. Like maybe at your house.

The gator in question came up out of a pond by crawling under a chain-link fence, then came in through a doggie door on his way to the water closet. Scared the poo out of that poor woman’s cats and then freaked her out as well.

So much so that she didn’t take advantage. Had she come prepared, like for example if she’d seen Liz Chevalier on the tube, she coulda hit him in the kill spot behind his head and ended up with a pair of these for her trouble.

Or maybe one of these. Or maybe both.

I imagine she’s satisfied just to get that gator out of the house.

But that’s just a bit of failed thinking. You gotta recognize an opportunity when one shows up.

After all, Tommy Casanova did. 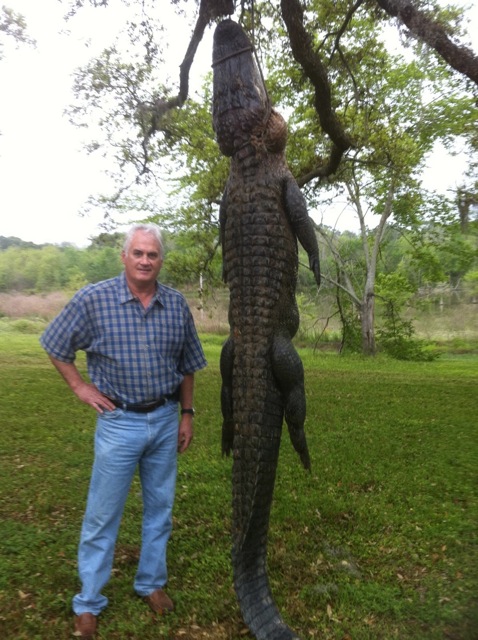