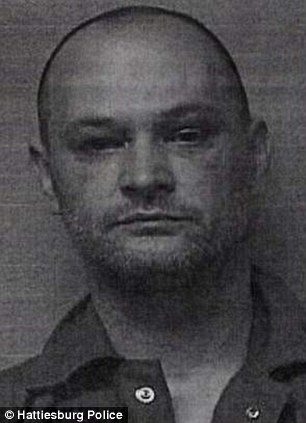 This happened in Hattiesburg yesterday…

Investigators said Monday night they still are piecing together what motivated Scott Tyner, 44, to open fire earlier that afternoon at a Hattiesburg restaurant, wounding five customers and employees.

“We don’t have anything that we can release right now,” Hattiesburg Police Department spokesman Lt. Eric Proulx said.

The mass shooting came suddenly, seemingly without provocation, for the employees and patrons inside Cucos – a Mexican restaurant on a frontage road facing U.S. 49.

Obviously Tyner was set off by talk radio and the Tea Party, right? Just like Jared Loughner was?

According to the Hattiesburg American archives, Tyner was a member of the Forrest County Democratic Executive Committee as late as 2006, an Iraq War protester and an avid letter writer on political topics – usually with a decided leftist spin.

But while Tyner called for the impeachment of President George W. Bush and decried tax policies that favored the rich, he also condemned amnesty policies for illegal immigrants.

One letter he wrote in 2010 questioned the reasoning behind celebrating Cinco de Mayo because of the large number of illegal Mexican immigrants in the United States.

“Mexico doesn’t care for its people; it exports them,” he wrote.

Apparently he hated Mexicans so much that he shot five non-Mexicans at a Mexican chain restaurant which originated in New Orleans.

Thank God nobody died as a result of this loon’s rampage. Maybe that’s why the national media doesn’t care. It only leads if it bleeds (to death).

You can bet, though, that we won’t see any grand lessons being drawn from this atrocity. Just a one-off shooting spree, not evidence of a deeper societal problem.

Because the drunks, morons and nuts are on the conservative side. It’s science, after all, even if conservatives don’t like it.

Left-wingers are smarter, saner, more forward-thinking and aware – not to mention compassionate – than the right-wingers are. So when one of them who actually gets elected to local political leadership attempts to kill five strangers in a restaurant for no reason, you can’t take anything from that.

Or maybe we can just say that people are people, and some of them are evil, and while some ideologies can contribute to bad behavior that doesn’t mean folks aren’t responsible for their own actions.

This guy obviously never had a good grip on reality, and he could have been of any philosophical persuasion. He was a time bomb in any party. Ideology isn’t a great predictor of character.

Again, Thank God he didn’t actually kill anybody, and let’s pray he never has a chance to do it again.