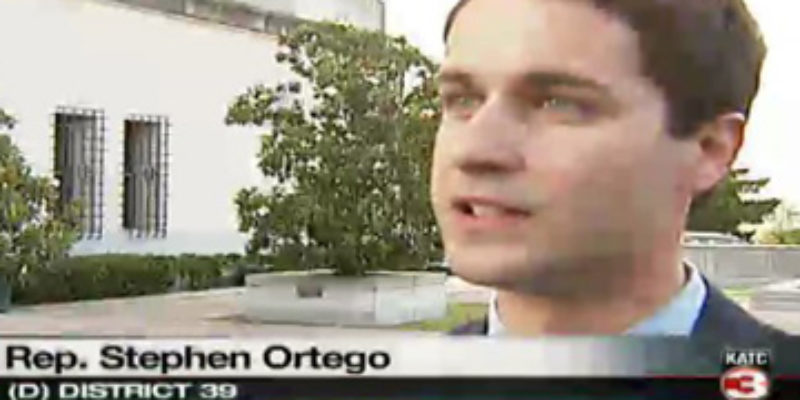 …and promptly blows it.

KATC-TV in Lafayette had this piece on tonight’s newscast:

Think the vets are going to buy it?

Let’s not forget that for all his “advocacy” of veterans’ issues Ortego has authored exactly no legislation seeking to address military veterans of any kind. Nothing. He was dead quiet about that subject until he had a chance to make an ass of himself on the floor of the legislature when Lorusso’s bill was about to pass.

And now he just didn’t express himself well.

Does it occur to Ortego that most veterans don’t consider themselves to be a mental health risk? Does it occur to him that by reducing the policy considerations behind Lorusso’s bill to invite veterans to study at Louisiana colleges with in-state tuition to a question of whether they need more government programs, he’s showing a profound disrespect to them?

But that’s classic left-wing politics for you – reduce everybody to a statistic and a set of required government expenditures (or a revenue figure) and pontificate accordingly. Ortego says he’s all for helping the veterans and then he says it’s because he had grandparents who were vets, but what he doesn’t do is appreciate, as Lorusso and every other legislator who didn’t make an ass of himself in the debate of that bill did, that the leadership, work ethic, discipline and talent members of the best fighting force the world has ever known can bring to the state.

Not once has he recognized that. Instead, he acts like we don’t want vets here because they’re all nutjobs and homeless bums, and then he plays it off like he just wants to give them more free stuff than everybody else and he’s misunderstood.

We’ll find out over the next three and a half years. But after two weeks of getting pounded for his stupid statements he still hasn’t seen the light and apologized. That can be seen as an indication this guy is a bit too dense to survive very long in politics.